Land cannot be given away: Putin supported Mashkov to preserve the territory of Russia 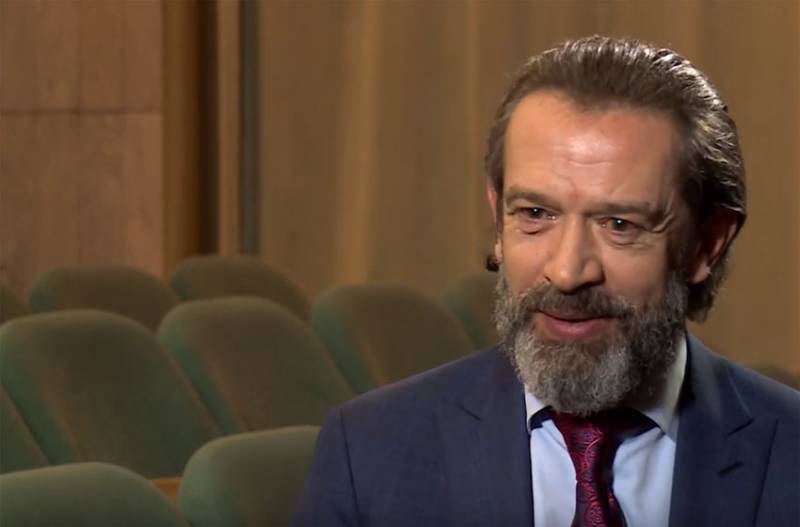 Actor and director Vladimir Mashkov invited Russian President Vladimir Putin to amend the Constitution of the Russian Federation, which would protect the inviolability of Russian borders. The head of state agreed with Mashkov’s proposal.


The idea to constitutionally consolidate the integrity and indivisibility of Russia and the inviolability of its existing borders was voiced by Vladimir Mashkov at a meeting of the working group to prepare proposals for amending the Constitution of the Russian Federation.

In the foreign press, especially near the border territories, the words of some foreign political scientists slip that while Putin is president, we can’t do anything, but after the presidency moves to another person, a “window of opportunity” opens up, opportunities to pick up , say, the Kuril Islands, someone claims the territory of Crimea, someone even looks closely at Kaliningrad. It seems to me that it would be nice to fix in the constitution a ban on the alienation of Russian territories. Giving - you can’t even negotiate on this subject. Reinforced concrete
- said Vladimir Mashkov.

The President noted that he liked the idea and that it should be submitted to lawyers so that they would formulate more correctly. But at the same time, the head of state did not forget that Russia is currently negotiating with some “partners” on the issue of territories. Obviously, the head of state still had in mind the South Kuril Islands.

Since Putin generally agreed with Mashkov’s proposal, it could very well be introduced as an amendment to the Constitution of the Russian Federation. There are no questions to its relevance. And the main point, of course, is concern about the fate of the Crimean peninsula. Therefore, many politicians and public figures immediately remembered the Crimea, although the inviolability of the Kuril Islands or Kaliningrad is no less important.

There is still hope in the West that if Putin resigns and more liberal, pro-Western forces come to power, Russia will return Crimea to Ukraine. Unfortunately, in our country there are also such political forces that support this position. From their point of view, the return of the Crimea is a guarantee of the restoration of "normal" relations with the West. And these forces, who believe that Crimea needs to be surrendered, are very influential, and we are talking not only about cultural figures like Andrei Makarevich, but also about some entrepreneurs and high-ranking officials. What is the fact that there is still no absence on the peninsula, six years after reunification with Russia, of branches of the country's leading banks.

The liberal public, by the way, has already responded to Mashkov’s suggestion with cursing him and the usual accusations of occupying the Crimea. It is enough to read the comments on the websites of liberal media and in groups on social networks. For example, a user of Echo of Moscow wrote:

Licked, so licked! You can sell, conquer and exchange. Only you can’t give.
In fact, introducing into the Constitution a clause on the constitutional prohibition of alienation of a country's territory can, in the opinion of many politicians and experts, become the most important regulatory barrier to the exclusion of disputed territories. This paragraph can be introduced into the basic law of the country precisely so that in the future, after Vladimir Putin resigns from the post of head of state, the new president could not give up any territories to other states without changing the Constitution.

It is worth noting separately that if pro-Western forces are in power again, as in the 1990s, then it will not cost them anything to change the Constitution for themselves.

It’s enough to recall how Boris Yeltsin shot in front of the whole world from tanks The Supreme Council of Russia and adopted a new fundamental law.

The West, loving hysterical statements about human rights violations at opposition rallies, then turned a blind eye to the war crime of the Russian authorities. He will close it again if it is beneficial to him. Therefore, despite the importance of the proposed amendment to the Constitution, it is not worth considering it as a XNUMX% guarantee against attempts to revise the country's borders.

We are in Yandex Zen
Situational analysis of the death of the MH17 flight (Malaysian Boeing 777), made on the basis of engineering analysis from 15.08.2014
Results of the week. "God forbid to see Russian revolt, senseless and merciless!"
145 comments
Information
Dear reader, to leave comments on the publication, you must to register.