Enduring myths about the war in Afghanistan 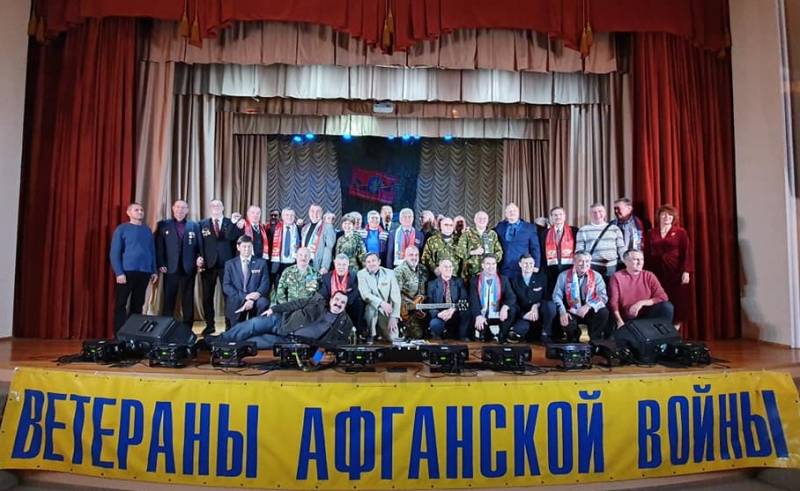 For more than thirty years in the Meeting, many Russians have celebrated not a Christian holiday, but a memorable Day for the Soviet troops to withdraw from Afghanistan, which ended on February 15, 1989. It began nine months earlier - after the Geneva Agreements on a political settlement of the situation in the Republic of Afghanistan were signed in Switzerland with the mediation of the United Nations by the Ministers of Foreign Affairs of Afghanistan and Pakistan.

Immediately after the withdrawal of troops, the pro-Western liberals, who had gained strength, started a discussion in the country on the topic: the 40th combined-arms army returned home with victory or defeat. Influenced by these sentiments, in December 1989, the Second Congress of People's Deputies of the USSR adopted a resolution on political evaluation of the decision to send Soviet troops to Afghanistan - it announced that the invasion of Afghanistan "deserves political and moral condemnation."

Much later, in his book “Limited Contingent,” the last commander of the 40th Army, Colonel General Boris Gromov, writes: “There is no reason to claim that the 40th Army was defeated, nor that we won a military victory in Afghanistan. At the end of 1979, Soviet troops entered the country unhindered, carried out — unlike the Americans in Vietnam — their tasks and organizedly returned to their homeland. If we consider the armed groups of the opposition as the main enemy of the Limited Contingent, the difference between us is that the 40th Army did what it considered necessary, and the Dushmans only what they could. ”

In fact, there are objective facts confirming the words of General Gromov: before the start of the withdrawal of Soviet troops on May 15, 1988, the Mujahideen never managed to carry out a single major operation and did not manage to occupy a single large city.

Shortly before the 30th anniversary of the withdrawal of Soviet troops from Afghanistan, General Vladimir Shamanov, chairman of the State Duma’s defense committee, held parliamentary hearings with the consent of Russian President Vladimir Putin, which rethought the assessment of the war in Afghanistan. First of all, the beginning of the Afghan events and the condemnation of the entry of troops by a resolution of the congress of people's deputies.

Based on the results of the hearings, the deputies prepared a draft resolution of the State Duma in a modern interpretation of the Afghan war. Representatives of all factions approved him. However, the document did not reach the plenary session of the Duma. Instead, a statement appeared, prepared and approved by the defense committee.

The document, “based on considerations of political impartiality and historical of truth, the following thesis was written: “The State Duma considers it necessary to recognize the moral and political condemnation of the decision to send Soviet troops to Afghanistan in December 1979, expressed in a resolution of the Congress of People's Deputies of the USSR of December 24, 1989, which does not correspond to the principles of historical justice.”

The media that disseminated this excerpt from the document claimed that the full text of the statement (after being adopted at the plenary session of the chamber) will be published on the day of the 30th anniversary of the withdrawal of troops from Afghanistan - February 15, 2019. 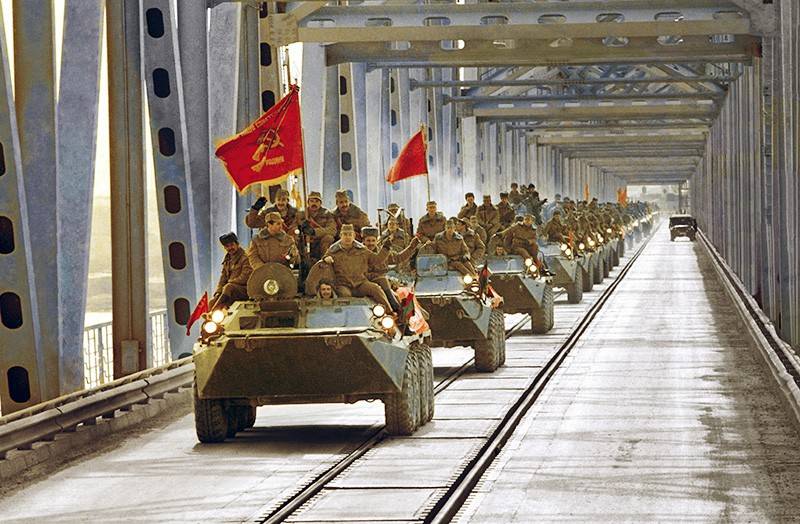 However, on the indicated day instead of a document from the Duma in the RIA News There was a comment from the Kremlin. President’s spokesman Dmitry Peskov told the agency: “The State Duma’s initiative to revise the assessment of the entry of Soviet troops into Afghanistan is not on the agenda, the main thing is to remember the heroes who performed their international duty.” So the attempt to revise the official assessment of the events of forty years ago failed.

Myths about the war in Afghanistan

Experts explained the failure of the Duma initiative by the fact that in the years after the Afghan war such a bucket of myths was thrown onto the head of society that it is no longer easy to play back, to give a different, true interpretation of those long-standing events. However, we will try.

To our time, for example, a tenacious myth has formed that the introduction of Soviet troops into Afghanistan provoked a civil war in the country, in which the West supported the forces of the Afghan resistance. Ultimately, these forces defeated the Soviet military contingent and forced him to leave.

This myth, planted by Western propagandists and supported by Russian liberals, has little to do with the truth of history. The reference to General Gromov clearly shows what actually happened in the Afghan war.

You can give the opinion and representative of the "other side". After the war (in 1997), Morton Abramowitz, head of the US State Department’s intelligence and research bureau, recalled: “In 1985, we were really worried that the Mujahideen were losing, their forces were thinning, and their troops were breaking up. They suffered heavy losses, and the damage inflicted on the Soviet troops was small. ”

By the way, the task of defeating Afghanistan was not set before the Soviet military. This is recognized even by our enemies in the West. They themselves were very “interested” in the Afghan events long before the Soviet forces entered the country.

The fact is that Afghanistan was in a fever for six years - after King Zahir Shah was overthrown here in 1973. Either one force or another came to power, until in April 1978 the socialists completed their April revolution.

She did not receive much support among the people, and then the revolutionaries quarreled among themselves, which gave rise to an acute internal conflict. For the Soviet Union, it could have grave consequences. The Tajik, Uzbek, and Turkmen populations of Afghanistan joined the outbreak of civil war. (Incidentally, this is about 15 million people - more than 40% of the country's population). The smoke from the new war pulled to our side of the border.

The West (primarily the United States) had its own game in this conflict. Long before him, the Americans fostered the Pashtun opposition in Pakistan's Peshawar, whose leaders were later called the "Peshawar seven."

As former Secretary of Defense Robert Gates recalls in his memoirs, after the April events in Kabul, the CIA (Gates then worked in this department) held a special meeting. On it they decided to help with money and weapons opposition Afghan forces.

The later deployment of Soviet forces to Afghanistan (ahead of the US deployment in Kabul, according to some sources), Western propaganda portrayed Russian aggression to seize territory. Actually, on this thesis the whole subsequent policy of the Americans was built, who wished to "drag the Soviets into the Vietnamese swamp."

Only people like the former president of the USSR, Mikhail Gorbachev, can not recognize this truth of history. Last year, Gorbachev was very worried about the parliamentary initiative to reassess the Afghan war. I began to distribute interviews in which the actions of the deputies called “unacceptable and irresponsible,” in fact supporting those who produce myths about the war in Afghanistan.

The withdrawal of Soviet troops from Afghanistan turned into the myth of "flight".

In reality, Afghanistan left by Soviet troops came under the control of pro-American Mujahideen. The infection, which was held back by our 40th army, grew into the Islamic Taliban movement (* prohibited in the Russian Federation), radical terrorist groups and has now become a global problem.

It is worth recalling that Saudi Osama bin Laden, who created the terrorist Al Qaeda *, was nourished by the Americans in the mountains of Afghanistan. Here he built shelter tunnels for the Mujahideen, in which he then hid from his former patrons.

It is possible to continue to cite the prevailing myths about the Afghan war as an example. Basically, they reflect her, so to speak, upper political layer. You can’t imagine much about the events of the war itself. Her veterans are alive. They are carriers of that already long-standing history and do not allow it to be distorted and distorted.

We are in Yandex Zen
Situational analysis of the death of the MH17 flight (Malaysian Boeing 777), made on the basis of engineering analysis from 15.08.2014
Pakistan and the United States: can not be friends
26 comments
Information
Dear reader, to leave comments on the publication, you must to register.