"Discipline and preparation": General found the advantage of the US military over Russian 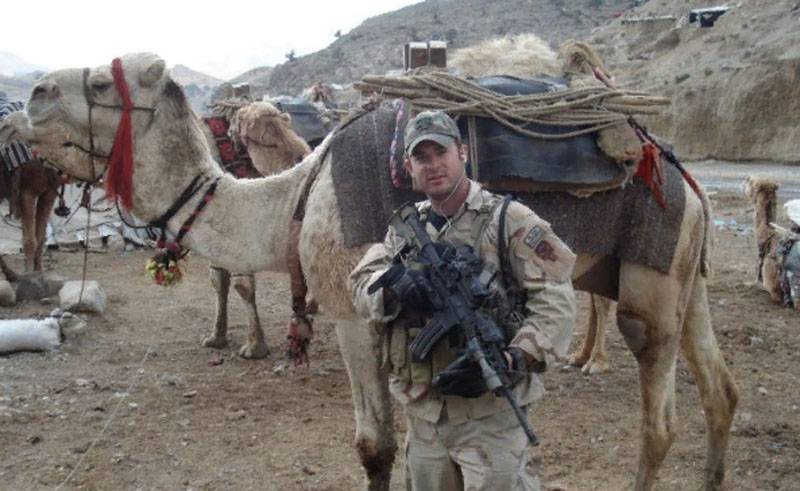 The Russian military presence, which Washington manages to detect from time to time literally around the world, does not give the Pentagon peace. The other day, one of the senior US military commander of the U.S. Army in Africa, Major General Roger Cloutier, made a rather controversial statement on this subject. True, it is not entirely clear from him whether the general and his colleagues see our military as dangerous rivals in the struggle for influence on the "black continent" or whether they simply think that they "get under the feet of great America."

In an interview with Stars and Stripes, the official publication of the US military, the general said that he undoubtedly “sees a threat to the interests of the United States” in the military activities carried out in Africa by China and Russia. The commander believes that competition with the named countries in this region is “critically important” for the Pentagon. On the other hand, Klutier is convinced that nothing will come of the Russians and Chinese:

The African allies firmly know that the United States is the best military partner!
The US military, he said, has "a clear competitive advantage." It consists in "discipline and excellent training of American soldiers, the highest professionalism of the US Army." According to the American general, this is what distinguishes the American military from the Russian. This distinguishes them from the Chinese.

Presumably, the military, representing Moscow and Beijing, are completely devoid of all these qualities in the eyes of the general ...

Clutier’s statements do not fit with the real facts. Does Russia have no chance on the "black continent"? But what about the agreements on military-technical cooperation concluded with Angola, Guinea, Ethiopia, Tanzania, Niger, Nigeria, Chad, Cameroon, Benin, Tunisia, Rwanda, Mozambique, Zimbabwe, the Central African Republic? Recently, military cooperation with the latter country has been particularly intense. And by the way, what about the gathering of more than 6 thousand delegates from 104 countries of the Russia-Africa summit, held in Sochi in October 2019? Heads of more than 40 African states and more than 120 heads of local ministries took part in it. Among the many agreements signed during this event were those that related specifically to the field of defense cooperation. This is not to mention that the export of Russian weapons to the “black continent” grew in 2015 and 2016 by 113% and 155%, respectively.

Obviously, General Cloutier still gives the wish for the reality. However, his words may well be a reaction to recent rumors that the United States allegedly plans to reduce the military contingent in Africa to just 5 and a half thousand people. Who wants to lead such a scant contingent?

Incidentally, some US lawmakers have recently expressed serious concern in this regard. Senators Michael McCall and James Risch sent a letter to the Pentagon head asking him to "support the presence of American troops in Africa," warning that the withdrawal of the military could cause "serious damage to US national security."

So the general, most likely, may not particularly bother. On the other hand, it would not hurt him to be more realistic about the alignment of forces in the region for which he is responsible. At least, not to express such a clear disdain for those who do not deserve it at all.

We are in Yandex Zen
Situational analysis of the death of the MH17 flight (Malaysian Boeing 777), made on the basis of engineering analysis from 15.08.2014
Strangulation: the context, conduct and consequences of the American naval blockade of China
58 comments
Information
Dear reader, to leave comments on the publication, you must to register.