New warheads for Ohio: how the US wants to contain Russia 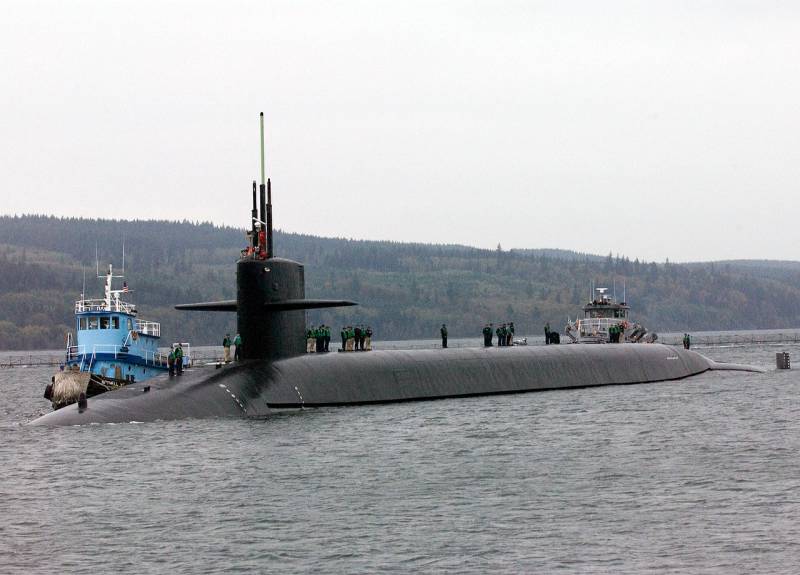 Both the modern American and Russian nuclear triads originate during the Cold War, when the goal and task were extremely simple and clear: completely wipe the enemy off the face of the planet. And yet there are differences. The American strategic nuclear forces are based on Ohio-type nuclear submarines, each of which carries up to 24 UGM-133A Trident II (D5) solid-fuel three-stage ballistic missiles.

Now the Ohio is nominally the most destructive submarine in the world. Even promising "Colombia" will not have such opportunities: the number of ballistic missiles will be reduced to 16 units. In total, the US Navy has fourteen Ohio-class submarines with the Tridents: the rest are rearmament, making them carriers of Tomahawk cruise missiles. 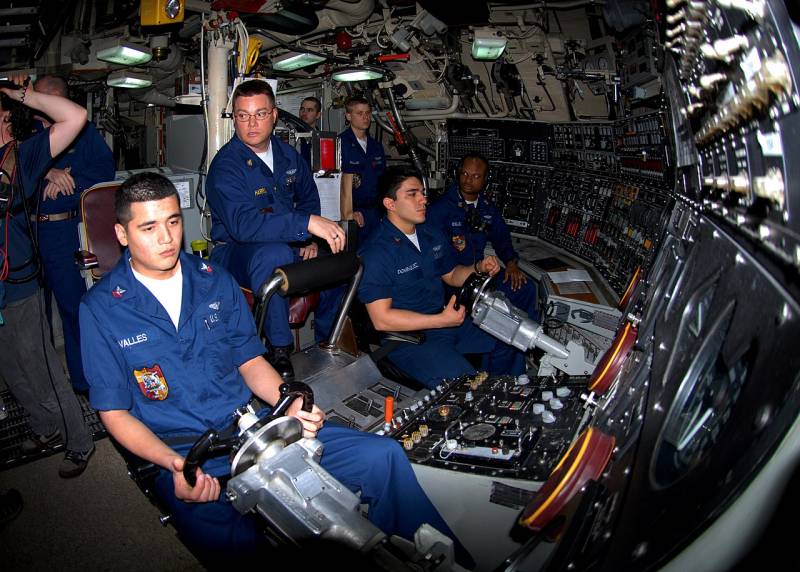 In turn, Russia relies more on mine-based and mobile-based complexes. The choice is small: all submarines of the project 667BDRM "Dolphin" were built quite a long time ago - even before the collapse of the Soviet Union (Ohio, by the way, is also far from new). Yes, and weapons in the face of the Soviet liquid R-29 can hardly be called modern. The real alternative to them could be the “Bulava” that is not being manufactured now, but the R-39UTTX. But she didn’t.

There are no claims to Trident II: it is now the most powerful solid fuel ballistic missile of submarines and one of the most powerful missile systems in general. According to data from the Bulletin of the Atomic Scientists magazine for 2019, one rocket can have up to eight W88 blocks of 455 kilotons, up to fourteen W76-0 blocks of 100 kilotons (they were decommissioned), or as many W-76-1 blocks 90 kilotons each. For comparison: the new Russian “Bulava” mentioned above carries six (according to other sources, ten) warheads of 150 kilotons each.

The more unusual it may seem news on equipping the USS Tennessee (SSBN-734) submarine with Trident II (D5) missiles with W76-2 thermonuclear warheads, each of which has a very modest power - only about five kilotons. Recall, recently the site of the Federation of American Scientists (FAS) reported that at the end of December 2019, the submarine first went on patrol from the Kings Bay naval base, having missiles with such warheads. Not all missiles are equipped with new blocks, but only one or two. Moreover, each of these missiles has only a few warheads W76-2. The other dozens of USS Tennessee submarine missiles have the W88 or less powerful W-76-1.

According to the bmpd Strategy and Technology Analysis Center, the first W76-2 warhead was manufactured at Pantex in Amarillo, Texas last February. At the same time, they announced that the start of the delivery of these warheads by the U.S. Navy was planned for the end of fiscal 2019. In total, according to experts, they produced about 50 W76-2 warheads.

The main question can be formulated as follows: why did the Americans need this weapon? As you know, for the first time about its creation was announced relatively recently, in 2018. The main goal is the confrontation of the Russian Federation. According to American experts, the doctrine of “escalation for de-escalation” is allowed in Russia: in this case, low-power tactical nuclear weapons can be used in an attack using conventional means.

The W76-2 warhead is designed to show that the Americans also have such weapons at their disposal, and that Russia will no longer be able to individually use the "right of the strong." However, the harmonious concept in the Federation of American Scientists is not shared. “All this recalls the old-fashioned methods of warfare during the Cold War. In the past, any tactical nuclear weapon was justified by such arguments: that less power and "lightning fast use" are needed to deter. Now the new low-powered W76-2 gives the United States a weapon that, according to its proponents, is better to use and more effective as a deterrent. There is nothing new here, the authors of the publication note.

From the point of view of Russia, the launch of Trident II (D5) with the aim of using low-power warheads is no different from the usual launch of this missile and the actual start of the “big war”. So, according to experts, the W76-2 does not make sense from a practical point of view. In addition, experts indicate the presence in the United States of air-based cruise missiles with nuclear warheads and tactical thermonuclear bombs B61, the use of which will be equivalent in effect to the use of W76-2.

The last thesis is only partially true. The Russian aerospace forces have long and in large numbers received new Su-35S and Su-30SM fighters, as well as modern S-400 anti-aircraft missile systems (we also recall that in December the latest S-350 was transferred to the army for the first time). Despite the actual technical superiority of the US Air Force in terms of fighter aircraft, Russia can effectively bring down air carriers of tactical nuclear weapons. 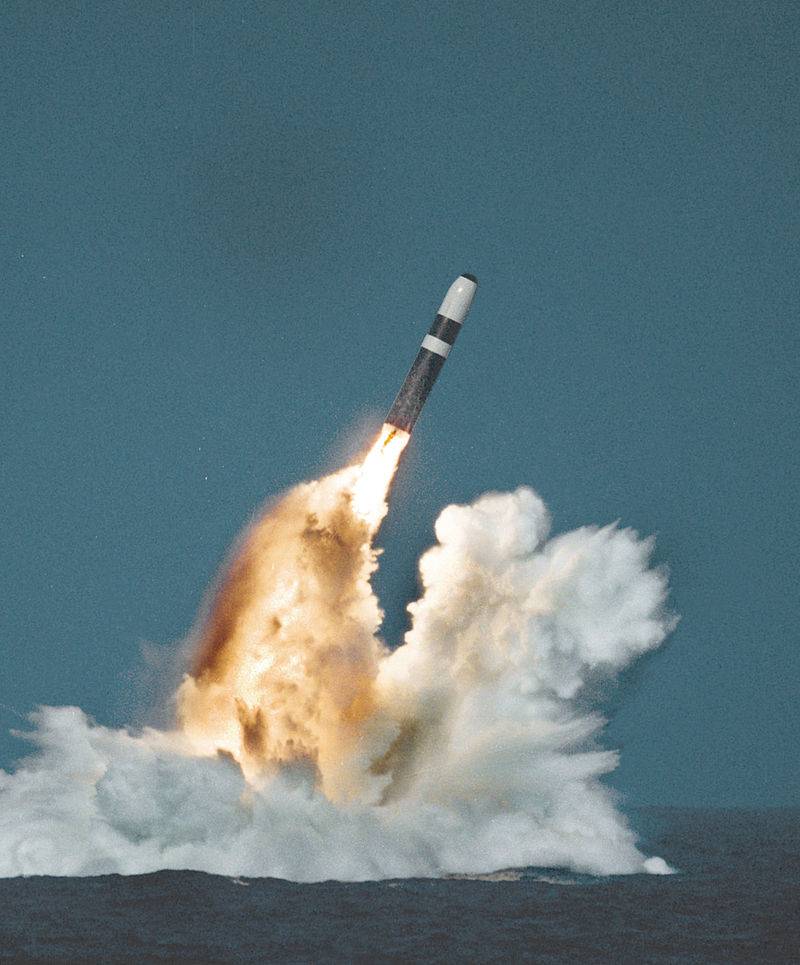 There is another point of view. Allegedly, the W76-2 warheads are directed not against the Russian Federation, but against Iran. And they were not created in order to serve as a deterrent, but in order to attack. If this is the case, then the entrepreneurialism of the Americans knows no bounds, because even without taking into account tactical nuclear weapons, they have a great many conventional conventional weapons, which, one way or another, pose a huge danger to the Islamic Republic of Iran, which does not have modern weapons that can counter them. So, for example, all attempts to create a national Iranian fighter ended in nothing. And the notorious "mosquito fleet" can fight with anyone, but not with the United States Navy, which have an absolute advantage. The same, in general, applies to the DPRK, the war with which, however, the US leadership will avoid by any means due to the presence of DPRK nuclear weapons.

The marine component of the Russian nuclear triad faces more mundane tasks. Simply put, the main one is the nominal efficiency and at least partial replacement of old Soviet boats and missiles, which sooner or later will go to history.

Recall, January 24, Izvestia wrote that Russian experts intend to eliminate the critical inability of Bulava to pass through the ice. For this purpose, the carrier boats are supposedly taught to use special unguided rockets, thanks to which ice holes will form, through which ballistic missiles can pass. The first tests of this system without explosives were allegedly conducted back in 2014. 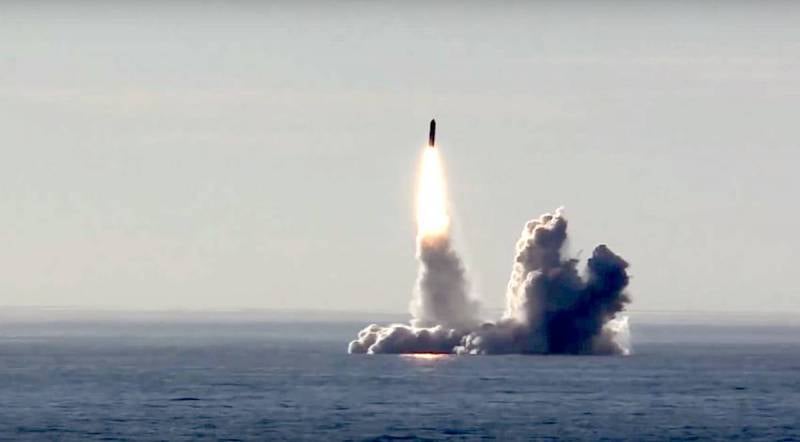 At the same time, there is no talk of any replacement for the Bulava or its carriers represented by the project 955 submarine. This, in particular, is well illustrated by the recently shown model of a small multi-purpose submarine of the future project 545 with the code “Laika-Navy”, which, possibly, will replace the boats of projects 971 and 885, but not the aforementioned “Boreas”.