Why Poland began to be appeased long before Yalta-45 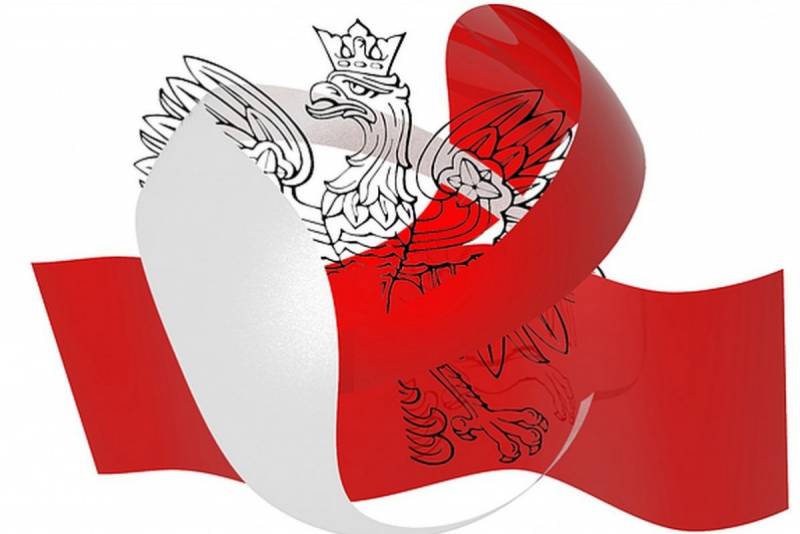 As you know, nothing else unites as quickly as a common enemy. Almost immediately after the attack of Nazi Germany on the Soviet Union, the Polish government in exile from the filing of British diplomacy went to restore relations with the USSR. Already on July 30, 1941, the well-known Maysky-Sikorsky treaty was signed, according to which the Soviet side exchanged ambassadors and recognized the treaties with the Germans on territorial changes in Poland as invalid.

The long road to freedom

However, the path from the abolition of the notorious "fourth partition" of Poland under the Ribbentrop-Molotov Pact to real territorial increments for this country turned out to be very long. Nevertheless, the well-known decisions on the borders of Poland, adopted at the Yalta Conference of 1945, were prepared much earlier, and prepared on the basis of the political and military realities of that time. 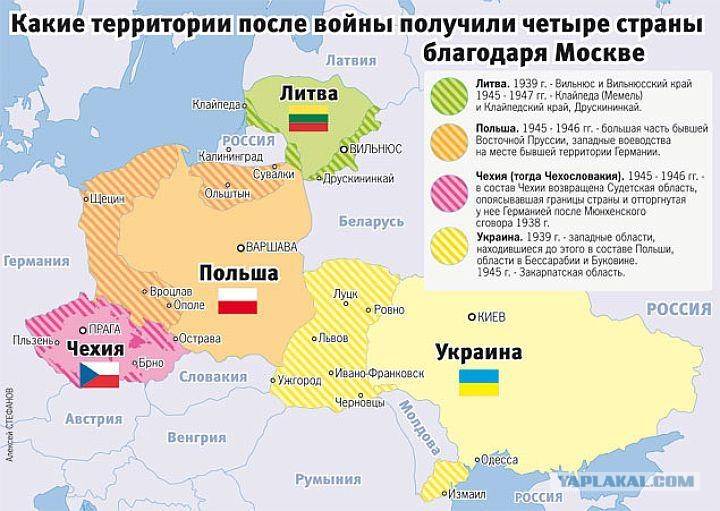 The border issue again became relevant only in the spring of 1943, after a number of Polish politicians actually joined the dirty propaganda campaign unleashed by Goebbels’s department about the tragedy in Katyn. This, by definition, could not but hurt the Soviet leader I. Stalin, to whom many modern historians are ready to attribute nothing more than fears that "the true authorship of this crime may come out."

We will not understand here how justified such speculations are justified, as well as why and why in modern Russia it was decided to “confess”. But the stimulus itself was very strong. There is no doubt that the Soviet leadership was very sensitive to the appeal of the Polish ministers of defense and information from the London émigré cabinet, Sikorski and Stronsky, to the International Red Cross.

The Kremlin’s response was not only the formation of a powerful propaganda Union of Polish Patriots (SPP), led by writer Wanda Vasilevskaya. In addition to the SPP, almost the entire left-wing world press has angered the London Poles. But propaganda was by no means the main one, although Stalin even decided to personally support this campaign, having sent letters to Roosevelt and Churchill, written almost under a carbon copy.

The main thing, of course, was something else: the Soviet Union immediately sharply accelerated the formation of the Polish Army on its territory, which was actively presented not as an alternative to the Home Army, but as a kind of Polish replenishment on another front. As early as May 14, 1943, the legendary 1st Infantry Division of the Polish Army named after Tadeusz Kosciuszko began to form on Soviet territory. 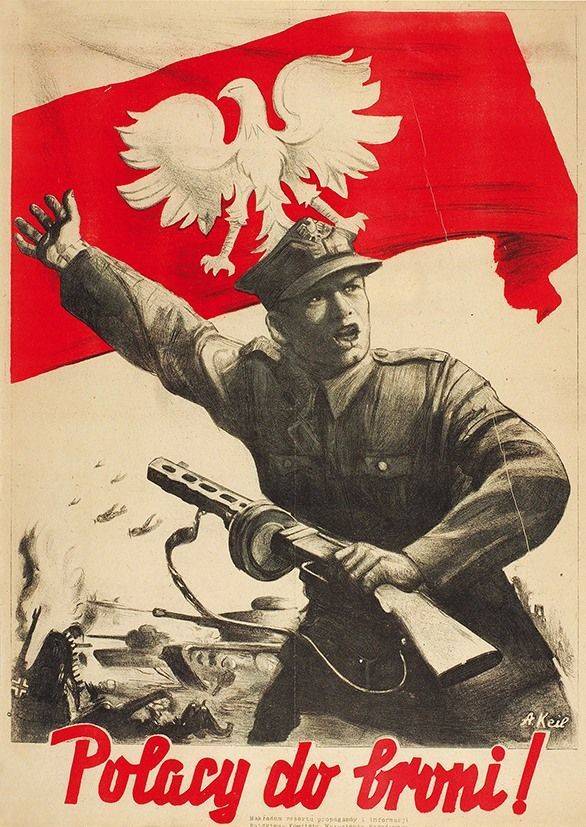 To the American and British leaders all this was clearly explained in Stalinist terms by purely pragmatic reasons. The USSR, which had already suffered enormous losses in the war, could no longer afford the luxury of not involving hundreds of thousands of Poles in the country in the liberation of Europe.

Particularly emphasized was the fact that many of the Poles spent two years under German occupation, having a good idea of ​​what the Nazis did in their homeland. Naturally, they literally burned with a desire to avenge and fight for a free Poland. Someone, of course, would like to fight along with other allies, but after all, from Russia the path to Warsaw, Krakow and Gdansk was much shorter than from North Africa and even Italy.

And what will Comrade Churchill say?

The reaction of the Western allies was also quite pragmatic, although Churchill did not hide his surprise at Stalin's unexpectedly harsh stance. However, to begin with, he hastened to condemn the very idea of ​​investigating the events in Katyn under the auspices of the Red Cross, calling it in an interview with the Soviet ambassador Maisky “harmful and absurd,” which threatens the unity of the anti-Hitler coalition.

In a letter to Stalin, the British prime minister admitted that "such an investigation" (by the Red Cross. - AP), especially in the territory occupied by the Germans, "would be a fraud, and his conclusions would be obtained by intimidation." Following W. Churchill, the position of the Russians was unequivocally recognized by the president of the USA, F. D. Roosevelt, as well.

True, he made a reservation that he could not believe in the collaboration of the Prime Minister of the Polish "London" cabinet Vladislav Sikorsky with the "Hitler gangsters", but admitted that he "made a mistake by raising this particular question before the International Red Cross." Roosevelt immediately expressed the hope that the "London Poles" will be slightly adjusted by the brains of none other than Prime Minister Churchill. 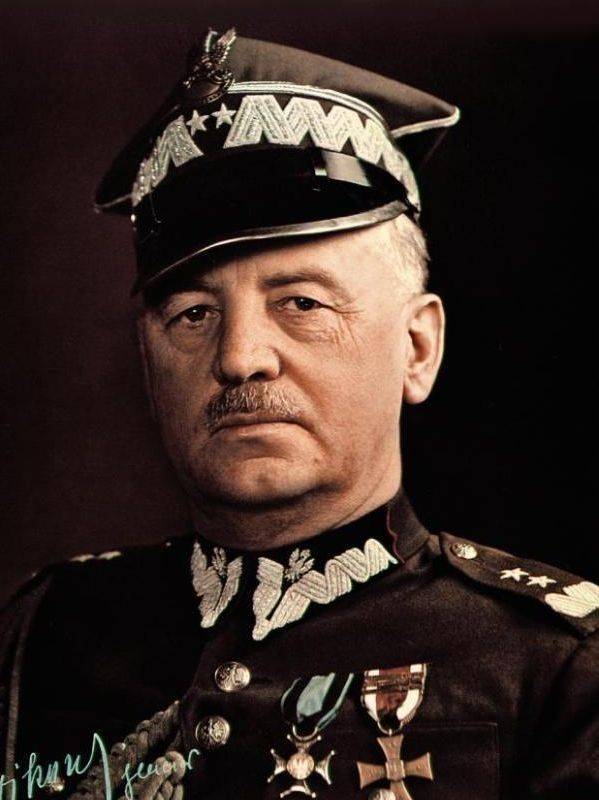 Vladislav Sikorsky unsuccessfully demanded that Britain break off relations with the USSR
Nevertheless, the extraordinary aggravation of Soviet-Polish relations immediately became an occasion to recall the question of borders, which Churchill did not slow to pull. And again the old idea surfaced to draw a new Soviet-Polish border along the “Curzon line” (Find the answer to the British ultimatum!).

The English politician wisely wanted to simply blame the Poles themselves for further discussions on the return of the eastern territories to Poland. He seemed to have forgotten how England and France in 1939 literally overwhelmed Poland with promises to return to it from the Germans the original Polish lands, primarily the Poznan duchy. However, Poland fell, a “strange war” dragged on the western front, and the promises, as you know, remained promises until 1945.

It was unlikely that Churchill, firmly convinced of the strength of the positions of the "London Poles", could then have guessed which politicians would eventually come to power in Poland after the war. And he hardly believed that Stalin would not think much of breaking away from this longed-for line, but would initiate increments to Poland in almost all other directions.

Unlike the British prime minister, Anthony Eden of the United Kingdom, on the other hand, was convinced that it was Stalin who "needed the Curzon line, as well as the Baltic states," which he spoke about in an interview with Maisky on April 29. This, by the way, was already after the severance of Moscow’s relations with the Polish government in exile.

It seems that Eden, and by no means Churchill, understood well that the Russians were unlikely to put up with the presence of an openly hostile state on their western border. He wondered: “Or maybe Stalin is afraid that Poland might become a spear against Russia in the future?”

Obviously, a similar question arose in Churchill’s head, but he stubbornly continued to operate with momentary categories. And it is quite obvious that the unexpectedly “red Poland” became one of the main irritants that made him break out shortly after the war with the famous speech in Fulton.

It is very characteristic that the question of the Polish border, and clearly in the English version, before and after the spring of 1943 was regularly discussed at all meetings of the Allies, but only those where there were no Soviet representatives. The Polish question was one of the key ones at the conferences in Moscow and Tehran, which took place shortly after the Russians divorced from the "London Poles."

The Moscow meeting of foreign ministers in October 1943 did not touch on the borders of Poland. The matter was limited only to the desire expressed by the People's Commissar Molotov for a government loyal to the USSR in Poland. But a month later, in Tehran, all three allied leaders repeatedly spoke about Poland, and Stalin and Churchill alone, but the famous decision with matches became the key to the decision, albeit a preliminary one. 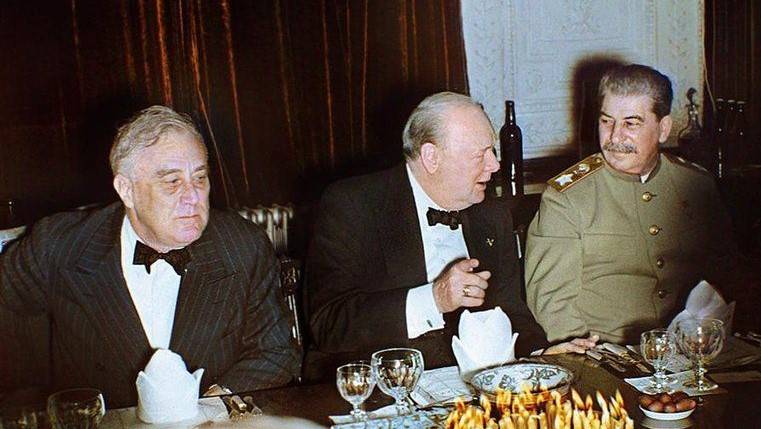 Tehran 43. These were not only meetings and visits, but also spy hunting
At the second meeting of the heads of government on November 29, the British prime minister, taking three matches depicting Germany, Poland and the Soviet Union, elegantly moved them to the left - to the west, showing how the borders of the three countries should change. Churchill had no doubt that this would ensure the security of the western borders of the USSR. He always considered Poland as a buffer, although a rather strong state between two potential opponents.

A year later, in Dumbarton Oaks, or, in the English manner, Dumberton Oaks, a not too luxurious but roomy estate in Washington, turned into a library, American, English, Soviet, and Chinese experts were surprisingly friendly in preparing the creation of the UN instead of the incompetent League Nations. Nobody even remembered about Poland there, although, like in Moscow, the topic of the possible creation of a confederation in Eastern Europe and even a federation of small states actually surfaced.

And only in Yalta all the points on the "i" were practically placed. Apart from Poznan, not only most of East Prussia, this “aspen nest of German militarism”, but Silesia and Pomerania also got the Poles with Stalin’s light hand. Danzig regained the Polish name of Gdansk, Breslau with a 700-year-old German history became Wroclaw and even the crown Stettin, the birthplace of two Russian empresses at once, turned into a hard-to-pronounce Szczecin.

Then there was also the story of Lemberg returning under the wing of Russia, that is, Lvov, which, according to Churchill, was never part of Russia. There was, though not Russia, but also Kievan Rus. But Warsaw was definitely part of the Russian Empire, which Comrade Stalin drew the attention of Mr. Churchill to. And the Russian emperor bore the title of Tsar of Poland with the full consent of all the great European powers.

However, even starting with Alexander I, the Russian monarchs were not too eager to leave behind a "Polish bone in the Russian throat." Even Nicholas I wrote to Field Marshal Paskevich about strategic problems associated with the need and obligation to “own” the Polish crown. It was up to Alexander II the Liberator to crush another Polish “rebellion”.

His son, number III, who was far less inclined toward reform and democracy, was ready for order, counting on the future independence of the western neighbor, for tougher measures. A project was prepared for the accession to the throne of Nicholas II, which was supposed to cut off all the lands from the Polish provinces with mainly Ukrainian and Belarusian people. The project was completed only after the first Russian revolution. 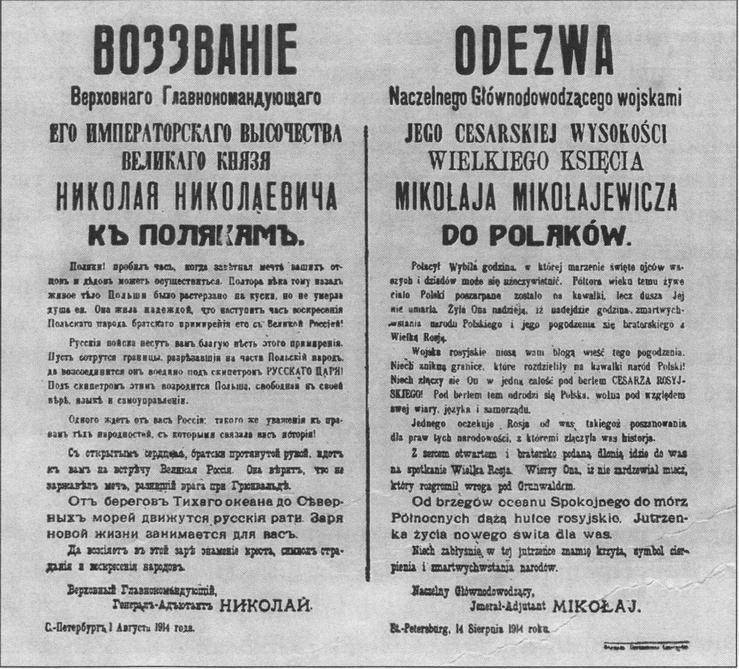 Nikolai Alexandrovich Romanov himself got involved in the world massacre not only for the freedom of Serbia and the capture of the straits, but also for the reconstruction of “integral Poland”. This was even said in a special “Appeal to the Poles”, which had to be signed by the Commander-in-Chief Grand Duke Nikolai Nikolaevich.

We are in Yandex Zen
Diplomats of the People's Commissariat of Defense: on the eve and during the war
Molotov-Ribbentrop Pact - the policy of pragmatism
30 comments
Information
Dear reader, to leave comments on the publication, you must to register.