Parachutes and parachute systems of Russia and NATO: characteristics and boundaries of application 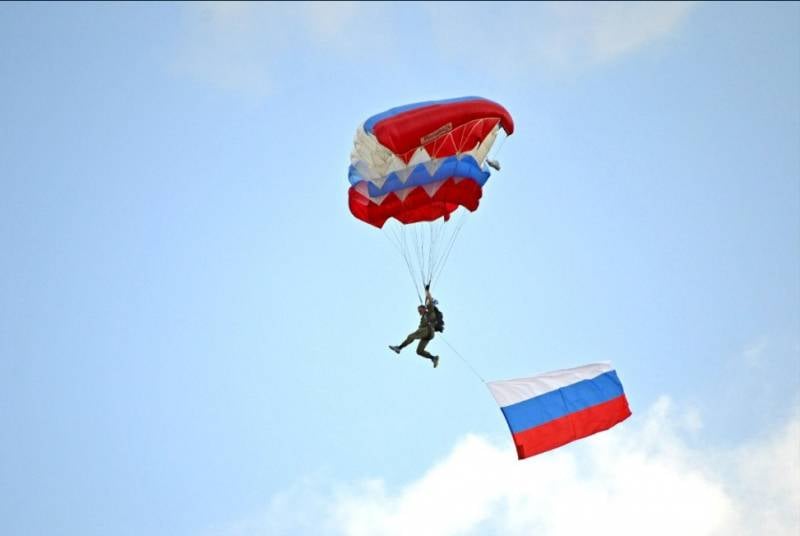 State Corporation Rostec is going to actively develop the global market for parachute systems. But will domestic parachutes withstand competition with the products of foreign companies?


The state corporation Rostec includes the Technodinamika holding, which in turn includes the Research Institute of Parachuting and a number of specialized enterprises. It is the holding's products that should be presented on the world market.

In Ivanovo, where one of the largest parachute factories, Polet, is located, in accordance with the decision adopted in autumn 2019, a parachute cluster will be created for the production of all types of parachute systems - space, rescue, sports, cargo, and special purposes.

According to many experts, Russia now confidently holds the leadership in "space" parachute systems. Moreover, our country has practically no competitors in this direction. But in such a more demanded segment as parachutes for special operations, Russia is still losing the competition between the United States and Israel.

The reason for this is not the technical characteristics why Russian parachutes are no worse than the American or Israeli ones, but miscalculations in the marketing strategy: our products are poorly known outside the country, hence the lower demand on the world market (although Russian parachute systems are of interest to countries such as China and India , a number of states of Southeast Asia and Latin America). 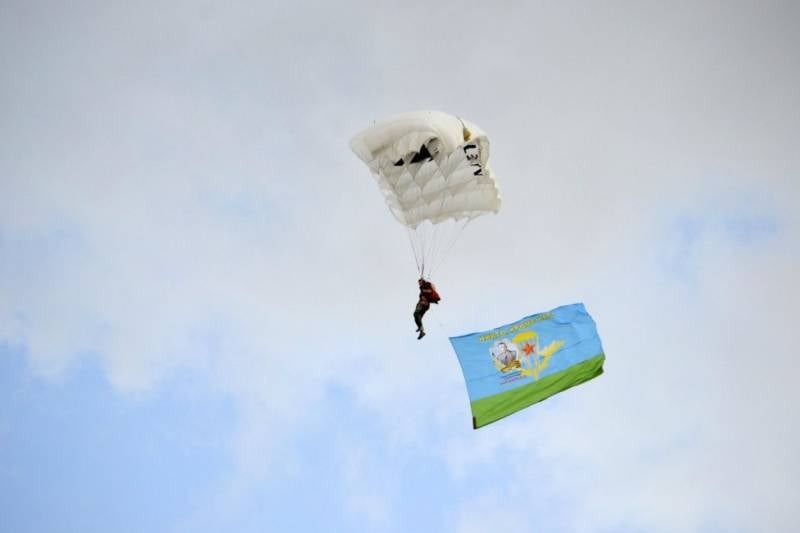 Some of the Russian parachute systems, as emphasized by the deputy commander of the Airborne Forces, Lieutenant General Vladimir Kochetkov, have no analogues in the modern world. At present, Russian paratroopers and commandos are armed with such parachute systems as D-10, D-12, D-6, Arbalet-2, Sturm, and Stayer. For example, “Sturm” allows landing from a height of up to 80 meters, and “Stayer” - up to 8 thousand meters. The differences are due to different goals. 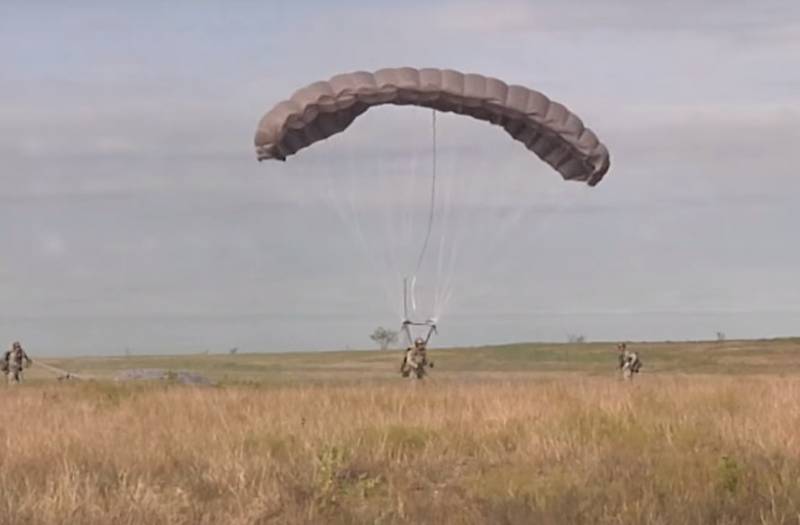 The RA-1 Advanced Ram Air Parachute System is designed to be an alternative to the Ram Air Personnel Parachute MC-4 system used in the US Army. 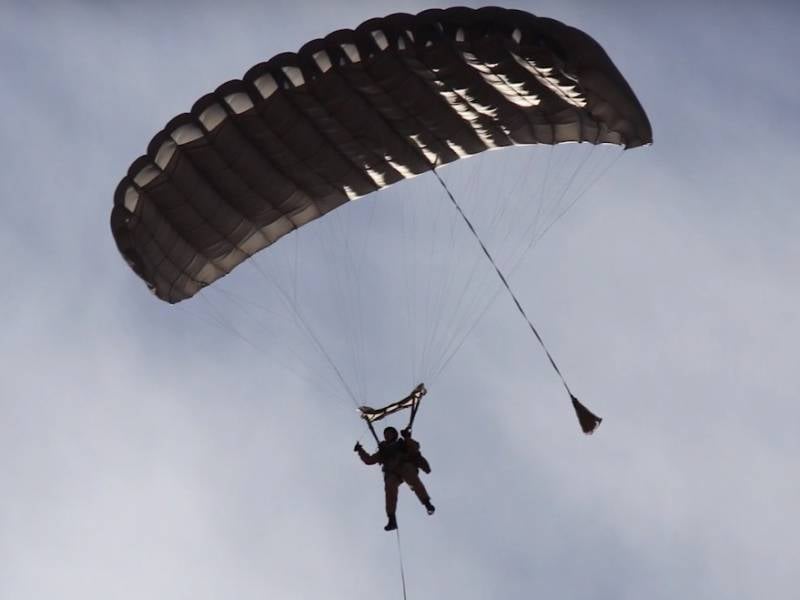 Another relatively new American parachute system is the Hi-5, developed by Airborne Systems North America. The height of application is up to 7600 meters above sea level. A modified version of the parachute system of the same company was presented, capable of lifting loads up to 250 kg.

In addition, the United States and the armies of the NATO countries demanded the airborne systems MCADS (Maritime Craft Aerial Delivery System) of the Airborne Systems company, which was approved by the British and French military. In addition to the delivery of sea boats, Great Britain and France are considering the possibility of transporting with the help of this system both cars, other equipment and special cargoes.

In early 2020, it became known that the Pentagon submitted a request for the development and creation of a new parachute, which should replace the RA-1. The new design requires compliance with the following characteristics: weight gain of at least 158 ​​kg, jump height - up to 10,7 km.

Meanwhile, back in 2016, the Ivanovo Parachute Plant created the "Long Range" - a kind of hybrid parachute and paraglider for Special Operations Forces. Such a parachute allows you to land from a height of up to 12 km and withstand weight up to 190 kg. You can fly on such a parachute provided that the wind is up to 15 m / s. 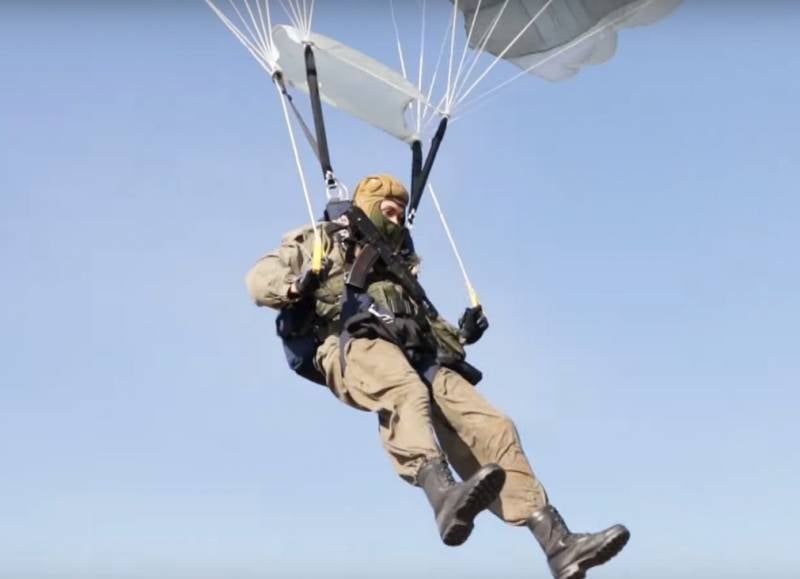 In 2016, Russian special forces received a new special-purpose parachute system “Arbalet-2”, developed by NPP Zvezda and designed for the needs of special forces. This parachute system is not inferior to the American, allowing you to jump from a height of 4 km and lifting the load to 160 kg. Interestingly, the system worked well during special forces exercises in the Arctic. One of its main advantages, according to experts, is its high maneuverability.

Parachute systems designed for landing special cargoes and military equipment, for example, Bahcha-U-PDS for landing BMD-4M and BTR-MDM with crew, the controllable planning system OKR "Horizontal-4000", which can reset to 4 tons of cargo to the designated site.

Now Rostec plans to enter the international market with a special chance “Chance”. This is not a military, but a rescue parachute. You can jump with him at least from the height of a 9-story building, and special training is not required.

According to Rostec, in the world there are virtually no such parachute systems, so Russia can become a pioneer. By the way, the reason for the start of work on the "Chance", which was conducted by the Research Institute of Parachuting, was the terrorist attack in the United States on September 11, 2001. It was such systems that allowed jumping from the windows of a burning skyscraper, then the Americans did not have enough.

Thus, Russia now has the opportunity to declare itself on the parachute systems market with a new, unparalleled product, and this indicates the great potential of our country in the development and production of parachutes that are of high quality, technical characteristics and demand for military and civilian needs

We are in Yandex Zen
Situational analysis of the death of the MH17 flight (Malaysian Boeing 777), made on the basis of engineering analysis from 15.08.2014
Like lightning from heaven ...
13 comments
Information
Dear reader, to leave comments on the publication, you must to register.