In Australia: China builds a new foreign military base 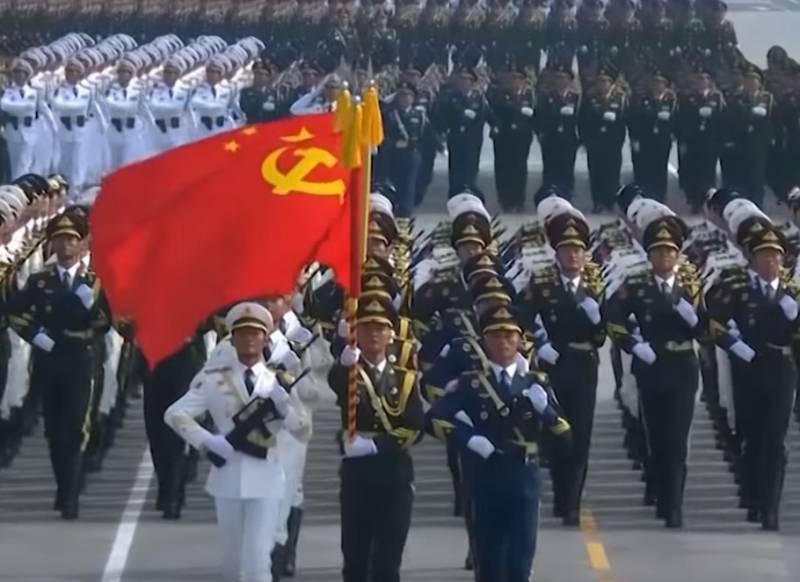 The Australian division of the American media holding News Corp published a report that talks about the possible emergence of a secret Chinese military base in Cambodia. This information immediately disturbed the Australian public.


An airport is currently under construction near the popular Cambodian resort of Dara Sakor in the Koh Kong area. The authors of the report claim that in fact, behind the sign of the airport is a secret military base in China. Of course, such information is intriguing. After all, there is no doubt about China’s desire to expand its political and economic presence in the countries of Southeast Asia.

Cambodia is one of the most suitable countries for the presence of the PRC on the Indochina Peninsula, which the Celestial Empire has always considered to be its legitimate sphere of influence. You can recall both the support by the Maoist China of the Khmer Rouge, Pol Pot, and the pro-Chinese armed rebel forces operating in every country in Southeast Asia in the 1940s and 1980s. Therefore, the PRC's plans for the construction of a military base look quite natural.

Moreover, in the summer of 2019, information was received about the signing by the Chinese leadership and the government of Cambodia of a secret agreement on the use of the Chinese Navy at the Cambodian naval base in Ream. Allegedly, over the next thirty years, Chinese warships will have direct access to this base and will be able to use it to strengthen China's defenses. However, Cambodian authorities have officially denied these reports. 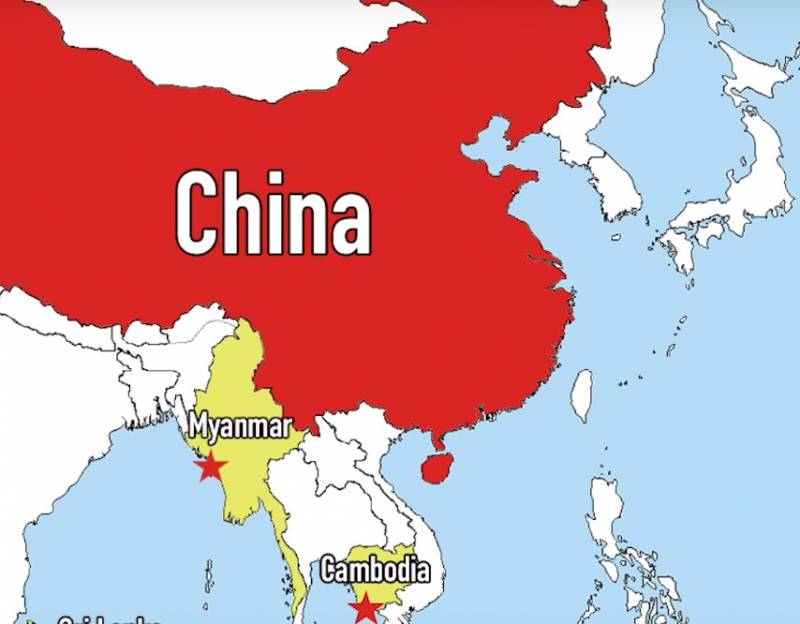 Cambodia, along with Myanmar, belongs to those countries of Indochina in which China has the greatest influence. After all, Thailand is still a close ally of the United States, and Laos is strongly influenced by neighboring Vietnam, China's long-standing regional adversary.

The fears of the Australians are also clear - southern Indochina is still closer to Australia geographically than China. And the fact that the Chinese are allegedly getting closer and closer to Australia cannot but cause alarming thoughts among the Australian public, which, moreover, is also turning against China with Australia's senior allies - the United States and Great Britain.

However, The Drive turned out to have high-resolution satellite images. According to the author of the popular publication The Drive, Tyler Rogaway, the analysis of these images casts doubt on the veracity of the report on the construction of the Chinese military base.

According to News Corp, the size of the airport under construction, including the runways, is very large and clearly does not correspond with the modest needs of the neighboring resort. And the local population in the vicinity of the airport is not so much that he needed such an object.

But Rogoway believes that there is nothing surprising in the size of the runway - they prefer to build in countries with a hot climate. According to official information, the airport will be designed to receive a variety of aircraft - from regional turboprops to large international airliners. But by Chinese military standards, the airfield is just small. 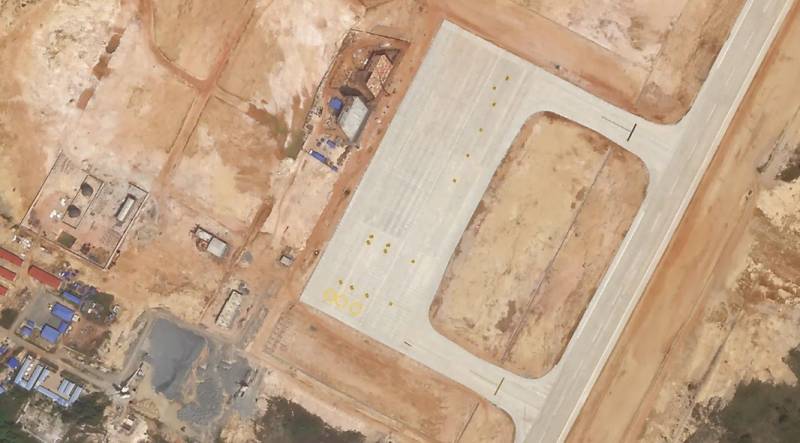 There is no evidence of increased secrecy of the object. For example, a direct, good road leads to a neighboring resort, no reinforced security posts are observed, and there are no signs of the construction of other military infrastructure facilities that should inevitably be present at such a base.

By the way, the neighboring resort and its marina are developing with the support of Chinese investments, so it is likely that China is indeed investing in the construction of the airport, but not for military purposes. The emergence of a large airport capable of accepting international flights can increase the resort's popularity among foreign tourists and lead to a noticeable increase in income of the Cambodian treasury and Chinese investors.

China's economic presence in Cambodia is very felt. And China is interested in expanding it, since large-scale investments make it possible to influence Cambodian politics no less, or even more. than the presence of a military base in the country. Using the strategy of “soft implementation” through business investment and trade, China has achieved very serious success in the countries of Asia and Africa. Although, of course, it is impossible to exclude the likelihood of the future use of the airdrome under construction for the needs of the Chinese air force. But in fact, almost any civilian airfield, if necessary, can be reformatted for military purposes and the object in Cambodia is no exception.

Until recently, China did not have foreign military bases at all, which did not stop it from influencing the policies of many countries quite strongly. But then China decided to create the first military base in Djibouti in northeast Africa. But Djibouti is a slightly different region, geographically remote from China, and the Chinese ships operating in the Indian Ocean really needed a support point.

In Cambodia, a different situation. Firstly, the country is already close to China. Secondly, the Chinese military base in this country would not contribute to the growth of confidence in the PRC in the region. Indeed, even so, Chinese activity in Southeast Asia causes very great suspicion not only in the United States, but also in many countries of the region, for example, Vietnam, neighboring with Cambodia. In Hanoi, even long-forgotten historical resentment against the Americans and went to the normalization of relations with the United States, if only to be able to protect themselves from China.

We are in Yandex Zen
Situational analysis of the death of the MH17 flight (Malaysian Boeing 777), made on the basis of engineering analysis from 15.08.2014
Strangulation: the context, conduct and consequences of the American naval blockade of China
26 comments
Information
Dear reader, to leave comments on the publication, you must to register.