Five years to the Minsk agreements. What's next? 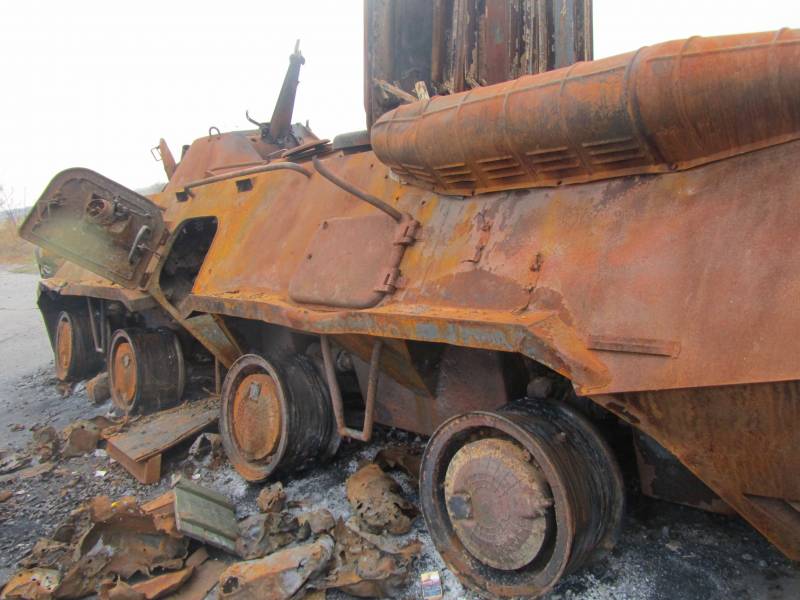 The phrase “five years of implementation of the Minsk agreements” itself sounds absurd, especially since no one was going to fulfill anything. Ukraine imitates violent activity, the Kremlin on duty expresses concern and comments on body movements in Kiev with Olympic calm. The impression is that no one was originally going to do anything, and both the parties and the guarantors of the document knew this from the beginning.

However, it’s a sin to hide: if Ukraine completed Minsk-2, it would mean for it an instant parade of sovereignty and a sudden end or complete reformatting, which is one and the same. Therefore, no one took the text of the document seriously before and does not apply today.

Both sides needed a break. Ukraine, horrified by its losses in Debaltseve, longed to put in order the demoralized APU and calm the population. LDNR needed peace in order to make up for losses, bring the armed forces to unity of command, stop artillery attacks on cities and towns, and finally begin to build at least a semblance of a state.

That winter in Lugansk and Donetsk, all state institutions were still in their infancy. It was urgent to establish at least some semblance of social security, look for opportunities to create new jobs, and restore industry. I recall that in May 2015, the author, in search of work in a civilian, turned to the republican employment center. The list of vacancies consisted of several dozen positions. Today the situation has changed dramatically.

What does Donbass think?

For the people of the LPR and DPR, the Minsk agreements have long ceased to be part of the surrounding reality.

For the overwhelming majority of the LDNR population, the mantras on the fulfillment or non-fulfillment of the Minsk agreements, daily sounded from each iron, have long turned into an obsessive and meaningless narrative on the periphery of consciousness. Especially for those who spent 2014 and 2015 away from their homes. People are trying to deal with life's difficulties and a nasty economic situation, to overcome small everyday conflicts. Minsk is a word from TV, obsessive and meaningless. He does not care - you have to live.

For those who live along the demarcation line, Minsk-2 ended with the new Ukrainian president Vladimir Zelensky coming to power (for the outskirts of Gorlovka and Donetsk, the fruits of the Minsk agreements did not exist at all). Large calibers work daily, almost every week there are hits in residential buildings, social facilities and infrastructure. The situation is rapidly rolling back to the second half of 2015. In the foreseeable future, the number of shellings and casualties may well be compared with 2014 - early 2015. Does it make sense to talk about some kind of agreement?

The Minsk agreements live only in a politicized cluster of social networks, where network experts tirelessly lament about the “drain” of Novorossia and the “Minsk conspiracy”, complain about how they were not allowed to take Kiev and are preparing for an emergency evacuation after the “rapid offensive of the APU in the Mariupol direction ". Everything is stable here. Someday when the Minsk Agreements become history, these people will simultaneously stand in a beautiful pose against the sunset and proudly say that the “Minsk betrayal” and “plums” did not take place only thanks to their efforts.

One can endlessly argue about the benefits or dangers of the Minsk agreements, but with the fact that thanks to them the LDNR got a head start, which was effectively used to build social institutions, strengthen the army and create some kind of economy, only fans of alternative reality in which the militia will argue jokingly takes Mariupol and is almost ready to challenge the cursed West. Over the years, the republics have developed something quite similar to the state, with a standard of living adequate to the Ukrainian outback, and striving for the level of the Russian outback. However, the time of the Minsk Agreements of the second edition, obviously, came to an end.

It is not entirely clear what Kiev is trying to achieve, either a new full-scale war with subsequent boilers and the loss of settlements, or some unmotivated concessions from the Russian Federation, but the fact remains: the Zelensky government is systematically stepping up the situation on the demarcation line. Talk about the implementation of the Minsk agreements, which sounded ridiculous a few years ago, today is becoming an outright mockery.

It is likely that in the foreseeable future some new format awaits us: either the new Minsk agreements with the previous slaughter, or something conceptually new. In any case, after the residents of LDNR began to receive Russian passports en masse (let's now recall the “experts” who promised that they would give the passports to the elect and the rest to Ukraine), there was a reasonable hope that the situation would move forward. After all, Russia will not allow to kill its citizens with impunity? But is it true?

Whatever LDNR expects, most likely, changes will occur this year. We will prepare.

We are in Yandex Zen
Situational analysis of the death of the MH17 flight (Malaysian Boeing 777), made on the basis of engineering analysis from 15.08.2014
Bashar al-Assad: In Syria, not the “revolution” that the enemies are talking about, but the revolution of the army and the people against terrorists
57 comments
Information
Dear reader, to leave comments on the publication, you must to register.