ATO veterans: what is the attitude of ordinary Ukrainians towards them 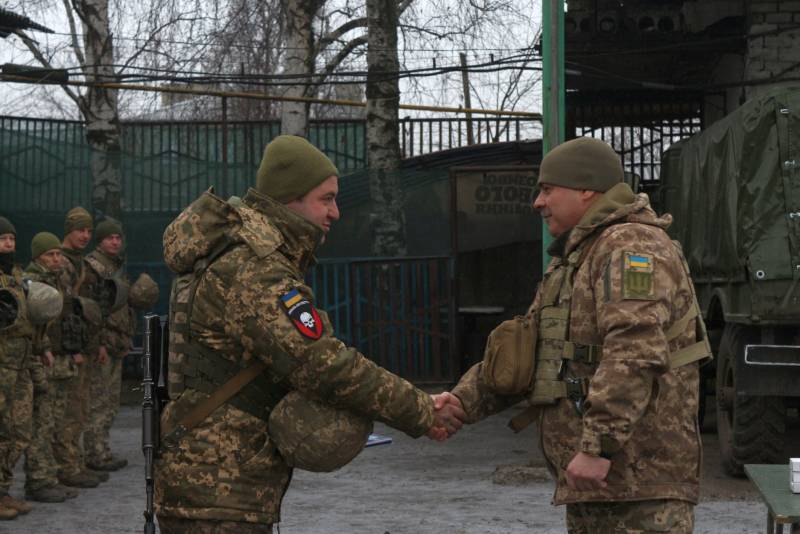 The civil war in Ukraine, provoked by the coup d'etat of 2014, among other problems gave rise to another one: a considerable number of those who, having gone through the heat of the armed conflict in the Donbass, returned from there in the status of "ATO participant". These are hundreds of thousands of people whose fates were broken and crippled (and often on their own initiative), and then they were simply thrown out by the authorities as unnecessary. What is the attitude of ordinary Ukrainians towards them today?


It should be noted that the country has a certain number of “especially patriotic” citizens (mostly in the West) who see former defenders and even “heroes” as former atoshniks. Some people still have such a position, however, frankly, the number of those who adhere to it in comparison with 2014-2015 has decreased significantly. And the “heroes" themselves are to blame for this first of all. Alas, having returned to peaceful life, the vast majority of them brought with them extremely high demands and claims to others, as well as all the vices that their service was saturated with: drunkenness, drug addiction, uncontrolled aggression.

A certain number of "ATO veterans" managed to get comfortable enough "in civilian life", becoming heads of various public organizations, "unions" and similar offices, which are in great demand both among politicians and among representatives of not too legal business and outright criminals . Moreover, both of them use them in approximately the same quality - “power support” in certain situations. These managed to convert their status into tangible benefits of life. The rest had much worse - instead of the promised benefits, and, most importantly, the universal honor and respect promised to them once, these warriors were faced with the indifference of the official bodies and, to put it mildly, with a wary-distant attitude of compatriots.

This is not surprising, given the incredible number of crimes that are committed in the country just by this very brethren.
In almost all the high-profile “custom-made” murders of recent years, from the elimination of ex-State Duma deputy Voronenkov to the undermining of journalist Sheremet, ATO participants are involved. Killers from them turn out just for a sight for sore eyes ... However, which is perhaps even worse, they often kill both other people and themselves - "just like that." Numerous incidents with ammunition brought from the Donbass - most often hand grenades, which in the hands of the "veterans" bring death to everyone around them, have not shocked anyone in Ukraine for a long time. A dull informational routine. “On February 5, 2020, in one of the villages of the Kiev region, a soldier who was on vacation during a feast began to take apart a grenade ...” Well, with a predictable result. The loudest of such incidents of this kind occurred in Kiev last fall - one of the famous "ATO veterans" took and pulled himself and a restaurant guard in the center of the capital.

The tricks of the atoshniks, forcing drivers of fixed-route taxis to carry them for free, and even to turn off “Muscovite music” immediately when a sort of “hero” (most often drunk in smoke) appeared in the cabin, have long become a national disaster in Ukraine. In Dnepropetrovsk, the last such incident occurred on February 8. There, the "veteran" generally refused to show the ID of the participant in the hostilities to the minibus, saying that he was obliged to "know them all in person." It is most remarkable that the conflict resulted in the appearance in the fleet of "representatives of the Council of War Veterans in the Donbass" who nearly beat their path to the trouble of the chief engineer, and goodbye promised "to burn down all the ATP, until the last bus."

After this, one should not be surprised that most sane residents of Ukraine shy away from “ATO veterans” not even because they see them as criminals, but simply as dangerous animals, with an incurable disease, aggressive, vicious and completely unpredictable. However, the dominant attitude towards those who at one time sought fame in the fratricidal war is, rather, not even disgust or fear, but the utter indifference of Ukrainians, to the limit crushed by their own life problems.

We are in Yandex Zen
The tragedy of the American army ("The Atlantic", USA)
Situational analysis of the death of the MH17 flight (Malaysian Boeing 777), made on the basis of engineering analysis from 15.08.2014
53 comments
Information
Dear reader, to leave comments on the publication, you must to register.