As ridiculed Su-57, "Armata", the aircraft carrier "Admiral Kuznetsov": an information war or a real reason 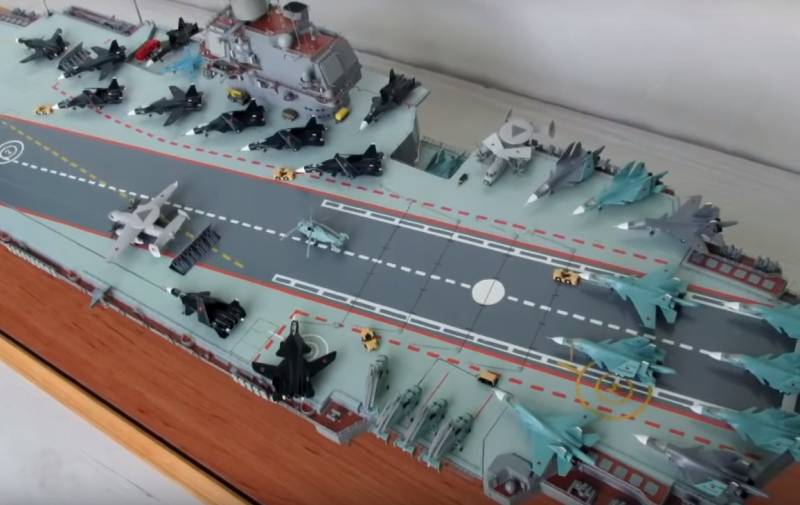 The latest Russian weapons - the Su-57 aircraft, the Armata tank, as well as the repaired aircraft carrier Admiral Kuznetsov - have become objects of ridicule for the Western media. The Russian liberals are not far behind the mass media of the likely adversary.

As you know, with respect to Russia and the Russian army in the West, two main positions now dominate. The first is demonizing: Russia is portrayed as an authoritarian state with exorbitant imperial ambitions, a battle-worthy army and threatening Europe, and the world as a whole.

The second - mocking or "debunking": Russia is presented as a poor state, not capable of introducing new technologies, and its army - as armed with an obsolete weapons, incompetent, struck by various vices such as hazing and corruption: "a gas station with a nuclear club."

By the example of attitudes towards Russian weapons, these two positions are viewed very well. While some Western media are intimidating their audience with a continuous increase in the military power of Russia, other media, and among them the Russian-speaking media are especially notable, “debunk the myths” about Russian weapons. In 2015, the West was delighted with the photograph of the Armata tank which had stalled right on Red Square. No less jubilant was the recent Su-57 crash in the Far East in 2019.

American military expert Joseph Trevitik joyfully writes that India’s withdrawal from the Su-57 program is fraught with great problems for Russia. For example, the serial production of the latest fighter because of this supposedly may even be called into question. Edition The Drive lists a number of shortcomings of the Su-57 and argues that for India, the best way would be to buy European or American fighter jets.

But if the Western media evaluate Russian weapons, trying to focus on its technical flaws, then Russian publications ridicule the government for a waste of money. In their opinion, both the Armata tank and the Su-57 fighter are very expensive, burdensome for the budget, but technically not the best projects.

“Suffocating smoke of the Fatherland: the only Russian aircraft carrier“ Admiral Kuznetsov ”claimed two more lives” - under this heading, for example, an article was published in Novaya Gazeta. Its author Tatyana Britskaya concludes that before 2023 an aircraft carrier will not leave the plant.

“Do not swim, so take off. Russia's military power is at the bottom, but we will scare NATO all the same! ”Is another article in the same publication. Yulia Latynina, to whom this material belongs, calls the accident on a floating dock evidence of “monstrous technological degradation” of Russia, as if accidents did not occur at the facilities of fleets and armies of European states or the United States.

In the blogosphere, expressions about Russian military equipment are even tougher. Not constrained by the fear of losing media registration, liberal bloggers seem to compete in abusive epithets against Russian planes, tanks, an aircraft carrier: “shame, complete debacle, a real dummy.” Only in this way and not otherwise do they characterize the novelties and modernization of Russian military equipment.

Focusing on the shortcomings of the latest Russian weapons, the foreign media set one of the main tasks also to discredit, ridicule Russia as an arms supplier in the eyes of potential buyers. There is very high competition on the world market of military equipment and weapons, and many countries in Asia, Africa, and Latin America are eager to buy Russian products - they are modern, high-quality, and cheaper than American or European ones.

Therefore, the military-industrial companies of the United States and Europe are interested in weakening Russian positions in the arms market and are trying to pull away buyers of its weapons from Russia. And sometimes, as is the case with India and the Su-57, it even succeeds. Although the sale of Turkey S-400, for example, became a "spit in the face" not only to the American military industry, but also to the White House itself.

The Russian liberal press is actually participating in an information war on a foreign side. Criticizing Russian weapons, it seeks to convince our Russian layman of the weaknesses of both the country as a whole and the army. Like, under Putin, Russia does not create anything else and can not, like breaking tanks and falling planes.

Thus, Russians are trying to convince that even those areas of the Russian state’s policies that one could be proud of are in fact as hopeless as his economic and social policies. That is, the only goal of this “criticism-analytics” in liberal publications is to increase dissatisfaction with the authorities, albeit in such a dubious way as ridicule of Russian scientists, engineers, military and their projects.

We are in Yandex Zen
Situational analysis of the death of the MH17 flight (Malaysian Boeing 777), made on the basis of engineering analysis from 15.08.2014
Syria: Americans scare themselves, and Asma Asad buys chairs
Military Reviewin Yandex News
Read Military Reviewin Google News
Loading ...
254 comments
Information
Dear reader, to leave comments on the publication, you must to register.