News feed of the week: On a laughing TV presenter and an allowance for two rolls of toilet paper 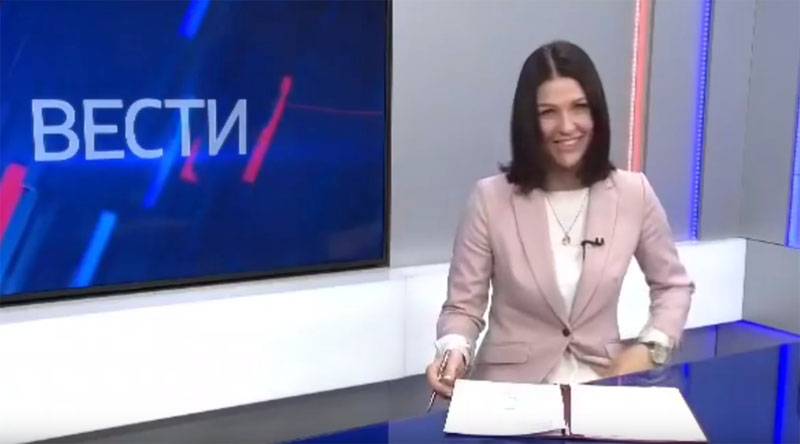 A surprising news occasion of the week in our country was a laughing television presenter on the air News GTRK Kamchatka. We are talking about the recording of the ether, which became almost viral, walking around the expanses of the Runet.

Announcer Alexandra Novikova, reading out a news text about benefits and subsidies for federal beneficiaries, reporting that out of 1,5 monthly allowances, almost 900 rubles can be spent on medicines, 137 rubles on a ticket to a sanatorium, and the rest on travel to a place of rest and treatment , could not stand it and laughed out loud. At the same time, the presenter for some reason used the phrase "travel on international transport."

The video shows that, talking to the studio, Alexandra Novikova notes: “It's good that it's not on the air.”

But someone decided to "have fun" and, as they say, leaked a record on the Internet.

The network "exploded." Some argue that the breakdown itself “looks ridiculous,” noting the aforementioned 137 rubles. Others write about the lack of professionalism of the announcers, who, apparently, are not always ready to read the text before recording the broadcast.

In particular, users noted that the presentation itself was, to put it mildly, strange. It’s not entirely clear how, when mentioning travel benefits, the phrase “international transport” suddenly appeared, which is mentioned several times in the video against the backdrop of Alexander Novikov’s own laugh. Also, it is overlooked the fact that we are talking about an increase in those payments that are due to federal beneficiaries. That is, sounded 137 rubles - this is the average part of the amount that can be used to purchase a ticket to the sanatorium.

The holding said that "measures were taken" for the TV presenter - a conversation was held with her and other employees. At the same time, the press noted that "for such tricks they can dismiss the entire regional team."

Of course, you can discuss the TV presenter herself and her laughter as much as you like as an answer to the text presented. But only often do the officials themselves provoke this kind of reaction when laughter is still the easiest option.

So, the other day there was information that, in Karelia, labor veteran Sergey Andrunevich, reacting to the first indexation of so-called veteran payments for the first 12 years, did not restrain his indignation. The reason is that the indexation was ... 21 rubles. Sergey Andrunevich (FSB border guard reserve officer, former pilot) decided to purchase two rolls of toilet paper for this amount and hand it to the speaker of the local legislative assembly with the words:

21 rubles today, even one trip by public transport is not worth it, you have to pay more. This indexation after 12 years of violations is a frank spit of the authorities in the face of the elderly. I want to thank you on behalf of all labor veterans. For your indexation of veteran payments, I was able to buy two rolls of toilet paper. I give it to you for your intended use.

And here it would be possible to start up the laugh of Alexandra Novikova, but, in fact, not to laugh.

Officials, deceiving the expectations of socially least protected citizens, promise "golden mountains", as a result, do not fulfill the tasks set for themselves. Decrees are either sabotaged or executed so crookedly that people cannot help but react. Well, a separate conversation - when the federal media should really clarify to whom and what specific updated payments are supposed to, and instead some kind of nonsense and nonsense about “137 rubles” and “international transport” appears. In addition, when one colleague dumps the blunder of another on the Internet, demonstrating the trends of the time in the style of "big wash" and "let them talk" ... It is right to recall professional responsibility.
Ctrl Enter

We are in Yandex Zen
Reports from the militia of New Russia for 27-28 September 2014 of the year
Interview of Vladimir Putin with Radio Europe-1 and TF1
100 comments
Information
Dear reader, to leave comments on the publication, you must to register.