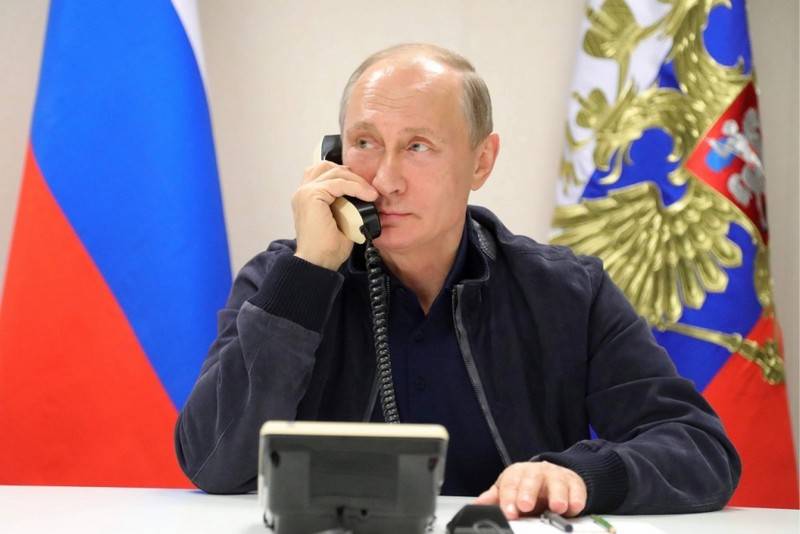 Presidents of Russia and Turkey Vladimir Putin and Recep Tayyip Erdogan held a telephone conversation during which they discussed the aggravation of the situation in Syrian Idlib and ways to resolve the Syrian crisis. This was reported by the Kremlin press service.


According to the press service, the telephone conversation took place at the initiative of the Turkish side, the leaders of the two countries agreed to conduct additional negotiations between the relevant departments. At the same time, Moscow and Ankara reaffirmed their commitment to the agreements reached earlier.

Earlier, before a telephone conversation, Erdogan accused Moscow and Damascus of striking civilians in the Syrian province of Idlib and promised to attack government forces even "outside the Idlib de-escalation zone" if the offensive continues.

The regime (Damascus) and Russia mainly hit civilians, not terrorists. The goal is the occupation of this region to make residents move to our borders. We tried to act within the framework of the Sochi agreements, but no one restrained the words given to us. These attacks began to target Turkey.
- said Erdogan.

At the same time, the Turkish leader emphasized that "Turkey will force Syria to leave the region before the end of February."

We are in Yandex Zen
The Kremlin press service: Turkish President Erdogan apologized for the downed Su-24 RF videoconferencing system
Turkey wants to get part of the "American heritage in the Middle East"
129 comments
Information
Dear reader, to leave comments on the publication, you must to register.