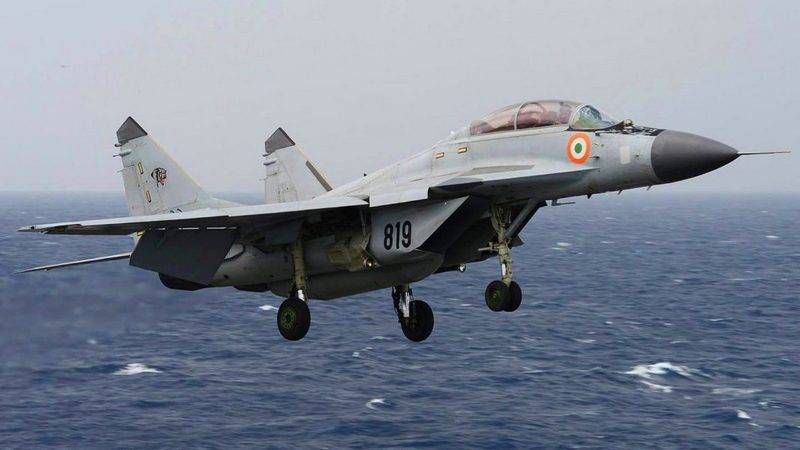 The delay in transferring the latest Wikrant aircraft carrier to the Indian Navy has nothing to do with the delivery of the MiG-29K deck aircraft by the Russian side. Moscow has not yet received a call from New Delhi for the supply of aircraft. This was reported by TASS with reference to a source in the aircraft industry.

Russia expects an appeal from the Indian Ministry of Defense to supply MiG-29K carrier-based fighter jets for Vikrant. Therefore, to argue that the timing of the transfer of the Indian Navy aircraft carrier is delayed due to Russia, is not very correct
- The source said, adding that Rosoboronexport will participate in the tender from Russia.

Earlier, Indian State Minister of Defense Sripad Naik said that the transfer of the Vikrant aircraft carrier to the Indian Navy would be delayed due to a “delay in the delivery of aircraft from Russia."

According to reports from the Indian Ministry of Defense, the newest light carrier, Wickrant, is due to enter service in March 2021. According to plans, up to 14 MiG-29K / KUB aircraft and several helicopters of radar patrol will be based on it.