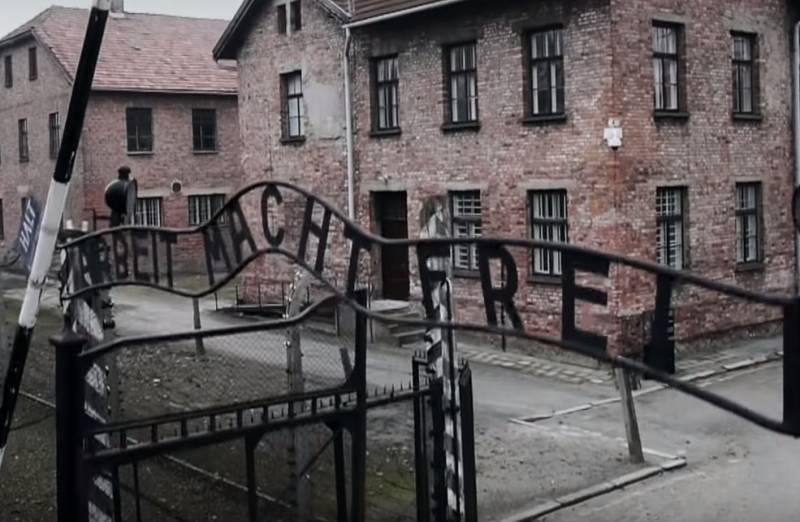 The statements of Western politicians that are untrue about the liberation of Auschwitz by the troops of the "allies" are puzzling even to publicists from Europe. The Czech analyst Martin Koller presented his view of the events that took place during the war years.


In the publication Parlamentní listy, Martin Koller resents the new interpretation of the liberation of the most famous Nazi concentration camp. He believes that the common position of the European Union is related to its German leadership. For obvious reasons, Germany, playing a leading role in the EU, will do everything possible to hide the scale of the war crimes of the Third Reich.

At a recent gala event dedicated to the landing of the Allied forces in Normandy, German Chancellor Angela Merkel was present as an important guest, although it is not very clear in what capacity. All the more surprising was the lack of an invitation to Russian President Vladimir Putin.

Koller draws attention to the fact that Germany has still not fully compensated for all the colossal damage caused by the actions of the Third Reich to other countries and, above all, Russia. Meanwhile, Hitler’s troops not only destroyed infrastructure, bombed cities, killed people, they zealously occupied occupied territories. Everything worked for the good of the German economy - from industrial enterprises to golden teeth that were knocked out from prisoners of concentration camps and sent for re-melting.

Looted wealth formed the basis of economic prosperity and post-war Germany, helped her recover quite quickly from the consequences of defeat in the war and become one of the most prosperous countries in Europe and the world as a whole. The favorable economic situation in which Germany is now located would never have been possible if she had truly responded for her actions in World War II.

On the other hand, the United States and Great Britain are also interested in the fact that as soon as possible the world will forget the truth about who liberated Auschwitz. The role of the Soviet Union in the victory over Nazi Germany has been understated for so long, but the American and British elites have other reasons to distort the truth about the events of bygone years.

Koller in his article raises a very interesting topic. The Nazi concentration camp existed for several years and during all this time the Allied forces did not make a single attempt to stop the mass extermination of Jews, Soviet prisoners of war, communists and other prisoners of Auschwitz. For example, even the railways leading to the concentration camp, aviation I didn’t bomb the Allies, although I had all the possibilities for this. But along these routes new prisoners were brought to Auschwitz, and if the railway infrastructure had suffered significant damage, the number of dead people could have been much smaller.

Koller recalls more than 200 Ukrainians who served as Auschwitz guards. In the European Union, the Czech journalist is ironic, with the same success they could have argued about the liberation of the concentration camp by Bandera - this would be as true as the stories about the leading role of Americans and British in the liberation of Auschwitz prisoners.

The USA and Great Britain also hide the fact that they actually refused before the war and during the war years to place Jewish refugees from Central and Eastern Europe on their territory. As a result, the Jews were accepted by the Dominican Republic, Turkey, China - anyone, but not powerful Western powers. And the responsibility for at least part of the people who died in the concentration camps rests to a certain extent on the Western powers, which for years have turned a blind eye to the crimes of the Nazi regime.

The criticism of the USA and the EU by the Czech author can be understood, especially considering that now almost the main victim of the Second World War is Poland. Meanwhile, it was Czechoslovakia that was the first country captured by the Nazis. But the West does not like to remember this, otherwise in any case it will be necessary to return to the Munich agreement, during which the Western allies betrayed Czechoslovakia and gave it to the mercy of Nazi Germany and the then Polish regime.

Lies and corruption, Koller concludes, are now the cornerstones of the European Union. And in this regard, modernity is not much different from the events of eighty years ago.

We are in Yandex Zen
“NATO scares you” (Parlamentní listy, Czech Republic)
Situational analysis of the death of the MH17 flight (Malaysian Boeing 777), made on the basis of engineering analysis from 15.08.2014
42 comments
Information
Dear reader, to leave comments on the publication, you must to register.