The Coming End of START-3: US Intends to Create Powerful Nuclear Fist 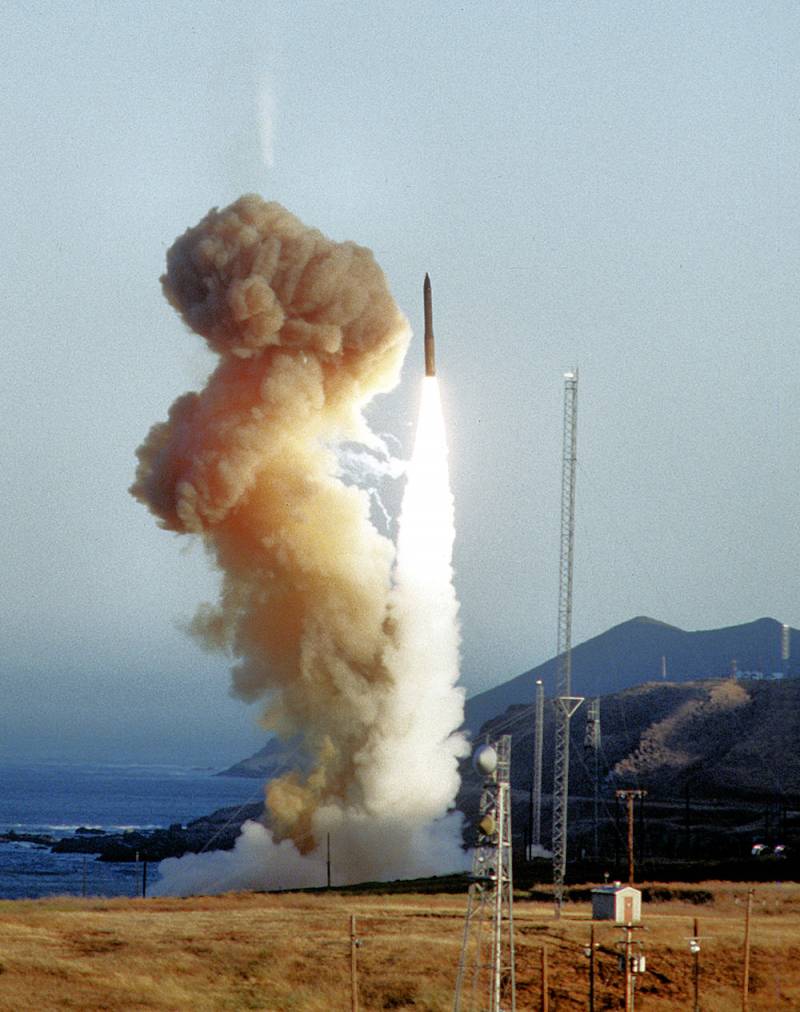 Despite the fact that before the expiration of the period for limiting strategic offensive arms between Russia and the United States there is still about a year, this agreement can most likely be buried today. In any case, neither the rhetoric of the head of the White House regarding his militaristic plans, nor the trends clearly visible in the US defense budget for the next fiscal year, simply leave room for other assumptions.


Actually, the line under all the talk about the possibility of extending the contract is summarized by the statement made by Donald Trump the other day during a meeting with state governors. The president publicly announced his intention after the START-3 deadline to "create the world's most powerful nuclear forces." It should be noted that he sets his own aspirations for global superiority in the field of this type of weaponry quite peculiarly. According to Trump, Moscow and Beijing today are ready (and, as he emphasizes, “at the same time”) to negotiate “to stop spending many billions of dollars on the creation of a nuclear weapons". Obviously, the rest of the world missed something known only to the head of the White House: for example, China’s consent to include it in the negotiation process on this issue. As far as I remember, in the Middle Kingdom, proposals of this kind were categorically refused, and more than once.

Much closer to reality, Trump's words sound that in the absence of such an agreement, the "only way" for the United States is to increase its own nuclear power to an unprecedented scale. And these are not empty words at all! According to the Pentagon’s draft budget for fiscal year 2021, the defense department intends to spend $ 29 billion exclusively on the development of nuclear weapons. This figure exceeds expenditures for similar items in 2020 immediately by 18%. Moreover, in order to create a powerful “nuclear fist”, the United States military is ready to sacrifice very, very much in the next 5 years. We are talking about the decommissioning of not only hundreds of combat aircraft, but also 4 warships. The Pentagon also decided to cancel 41 of the existing defense programs and “freeze” about the same amount - all this in order to save another 2021 billion dollars from the period from 2025 to 13,5, which will be spent on “nuclear reinforcement”.

By the way, this is against the backdrop of a statement by Trump's national security adviser on a proposal to reduce nuclear arsenals to the Russian Federation and China.

What will the money be used for? So far, everything is leading to the end of START-3. As expected, first of all they will be invested in the development of the most modern and advanced means of delivery of nuclear weapons: new ballistic missiles, strategic "stealth bombers" V-21, as well as Columbia-class submarines, which can be equipped with ballistic missiles. A completely new computer system will also be created, with the help of which the codes for launching nuclear missiles into the troops should be transferred from the head of the White House.

As you can see, the approach is very serious, thorough and comprehensive. We should not forget that the Pentagon plans to spend another 18 billion dollars on the development of the forces and means of its newly created Space Command. In the estimate - new satellites and military spacecraft. Also not forgotten in the list of expenses, the planned amount of which exceeds 740 and a half billion dollars, the development of hypersonic weapons and projects related to artificial intelligence.

With such a scale, it is hardly possible to hope that the head of state, today announcing his belligerent aspirations and supporting the record-breaking military budget for the joys of the American military-industrial complex, will suddenly come to his senses tomorrow and with a stroke of the pen will stop the new round of militarist race beginning before our eyes. Most likely, the world needs to prepare for existence without any saving international treaties. But with a significantly increased number of nuclear ballistic missiles.

We are in Yandex Zen
Pentagon strategic tricks
Situational analysis of the death of the MH17 flight (Malaysian Boeing 777), made on the basis of engineering analysis from 15.08.2014
35 comments
Information
Dear reader, to leave comments on the publication, you must to register.