Sberbank is in the wrong pocket 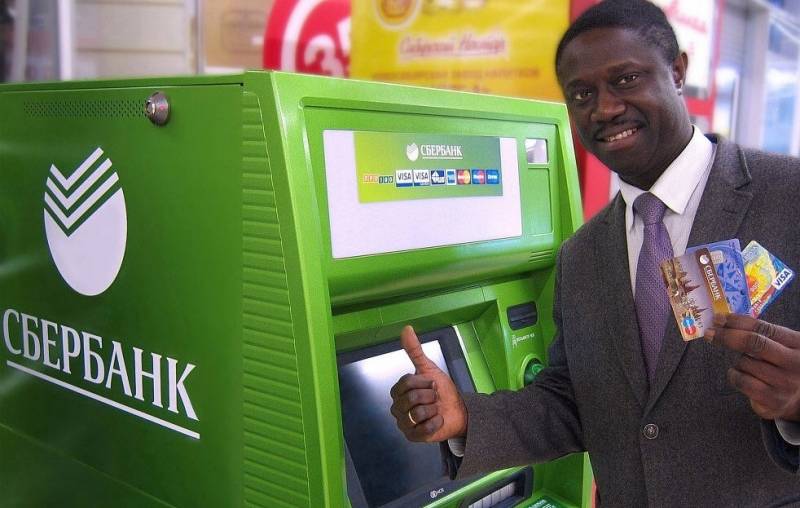 The fact that this is abnormal when the country's main credit institution is actually a monopoly private shop under the roof of the Central Bank, the authors insisted in almost all of their publications (“Our Central Bank is the most central bank in the world. Who does he serve? ”) However, the operation conceived at the top with the transfer of Sberbank to the control of the Russian government is unlikely to make its position more marketable or independent.


It is also difficult to agree with when such a transfer of a powerful asset from one sovereign's pocket to another is called privatization. Thus, the economist director of the Institute for Globalization Problems Mikhail Delyagin has already described the plans of our financial authorities. However, at first he even regarded the idea itself as the withdrawal of state assets from the hands of an independent structure, that is, the Central Bank, into the hands of the state. 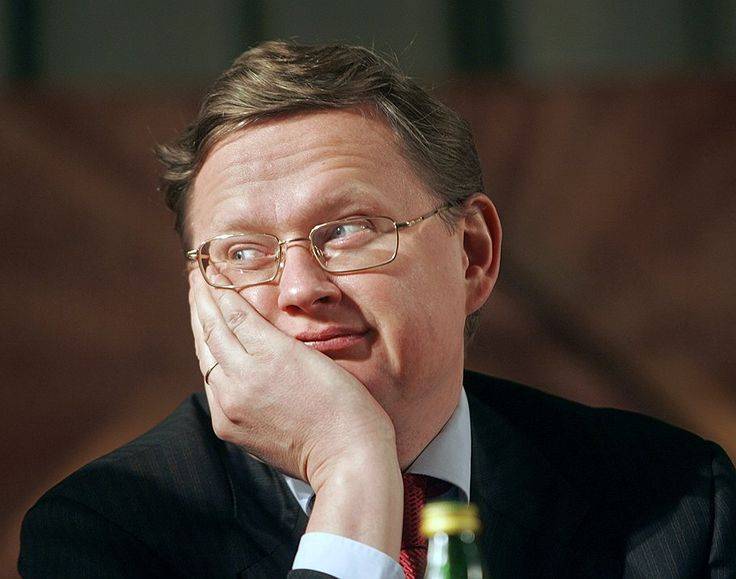 That is, at first it was possible to talk about nationalization, although in fact, dear citizens, our billions and even trillions are simply transferred from one pocket to another. And they will steer them as before, as they did before. Without asking about their numerous clients, and, by and large, without informing.

Yes, “formally, everything seems to be correct,” as Mr. Delyagin noted. The Central Bank of the Russian Federation is our main regulator of the financial market, which is not engaged in any market operations either according to the charter or law, it is simply obliged to withdraw from the capital of Sberbank. Otherwise, there is nothing to say about any competition in the financial market.

And interestingly, it even exists in some places, although the same Sberbank has long squeezed out almost all competitors from almost everywhere, starting with utility bills and ending with currency transactions. It is abroad that he has a competitive environment, and he is simply forced to offer not only high interest rates on deposits, but also low, even minimal, ones on loans.

The discount on rates there does not exceed 0,25-0,5 percent, while within Russia one can afford a double spread in percent. And do you believe that with the transfer to the bosom of the renewed cabinet of ministers, Mr. Gref’s financial office will stop robbing his own citizens? They are only customers - let them pay.

Sberbank out of brackets

Speaking about how much Sberbank will add efficiency to its transfer to the executive branch, we should not forget that most of the large banks, more precisely, 10 out of 11, have huge, as a rule, controlling stakes under state control. Moreover, few people care about how the state’s presence in their capital is framed: through the Ministry of Finance or through the Central Bank.

The latter, it seems, with his global sweep of the financial sector only sought to ensure that all kinds of commercial trifles were not even among the leaders. However, again, by law, under full control, or rather, the Central Bank should own only troubled banks that have been rehabilitated or, God forbid, the deprivation of a license. 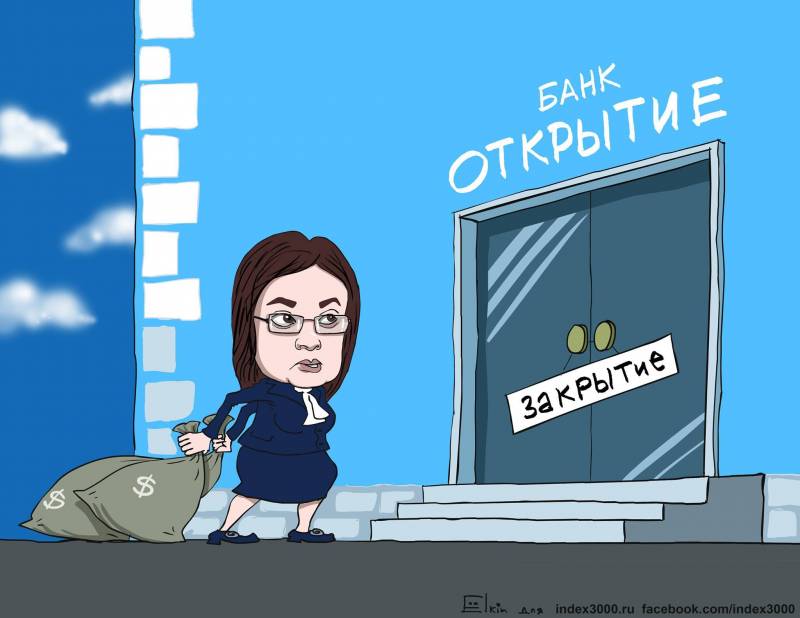 It is generally difficult with the latter - without a license, a bank is not a bank, and so is a cash register, which is obliged to hand over everything that remains, where it should be. Something is not enough for us to have someone from the banks suddenly get their license for no reason. Gone under the control of the state or of one of the state banks - please be kind, otherwise nothing.

The Bank of Russia in the era of Elvira Nabiullina almost never refused to take pleasure in picking up one or another lending institution. One can understand sovereign bankers, because an extra bank is an extra degree of freedom in terms of the ability to manipulate the market.

It’s just not entirely clear why the Bank of Russia is so eager to change regulation, that is, the appointment and creation of certain rules of the game, and then control over their observance, direct participation in the game. How can one disagree with other economists who drew attention to the Central Bank’s interest in making large banks state-owned in Russia, and as small as possible in general. The head of the Central Bank Elvira Nabiullina on this occasion even recalled that this is the global trend.

It is typical, but after all, the talk that Sberbank will nevertheless be removed from the Central Bank of the Russian Federation brackets began just at the time when a wave of stable reduction in the key rate of the Bank of Russia began. As a result, this causes a decrease in rates for commercial banks and increased competition for the same Sberbank. This trouble in the Bank of Russia, it seems, was understood, quite correctly, and agreed that worrying about it just like that is not even worth it.

Ms. Nabiullina, just recently, recalled that for the government, state ownership is, as a rule, a burden. This is what you need to manage, and it is advisable to effectively, make some serious decisions, allowing third-party people to work as independent directors.

It may seem that our main banker has read like Chubais, but now Elvira Sakhipzadovna doesn’t even remember the same maxims. Was Sberbank really a burden for the Central Bank itself? And now, they say, let it be a burden for the government.

It cannot be ruled out that the great ideas of the main privatizer, our liberals from the economy, who firmly seated their seats in the economic bloc of the government, will work in the case of Sberbank. It was planned to sell its packages on the side more than once, and it still started even before the first stage of collateral auctions. But everything turned out somehow not very.

It didn’t work out very well with the public IPO in 2007, and not only with the shares of Sberbank, but also with VTB and Rosneft. However, judging by the details of the transfer disclosed by the Central Bank press service, that is, the sale of Sberbank shares to the government, the operation itself can be safely called preparation for real privatization. 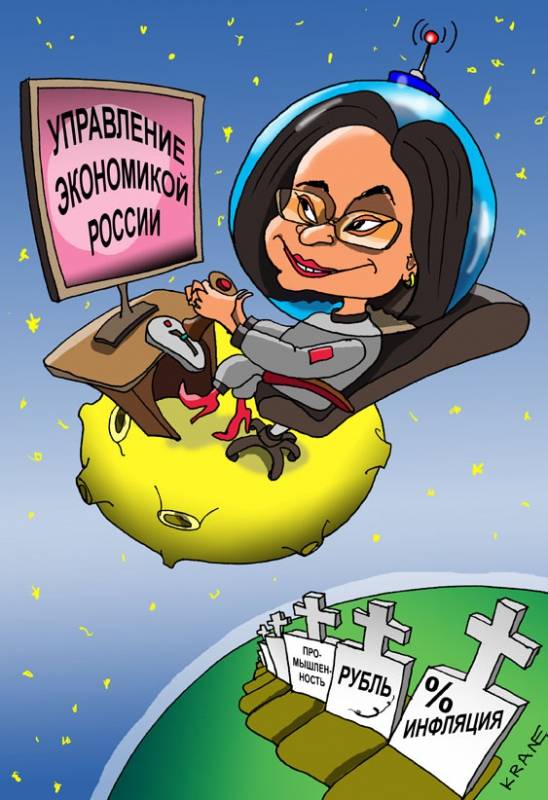 Perhaps the very same Mikhail Delyagin therefore spoke of privatization, and not of the nationalization of Sberbank, that without this, business could not do without it? In this case, participation in the capital of the largest commercial, but not yet private bank of several of the Russian oligarchs at once can be said to be guaranteed. But there are big doubts about whether potential foreign co-owners will be allowed into the body of Sberbank. Security services have very good chances to block their participation.

We are in Yandex Zen
The tragedy of the American army ("The Atlantic", USA)
Results of the week. “In our cooperative, the board is always agreed”
54 comments
Information
Dear reader, to leave comments on the publication, you must to register.