Military Technopolis "Era": an attempt to catch up in microelectronics 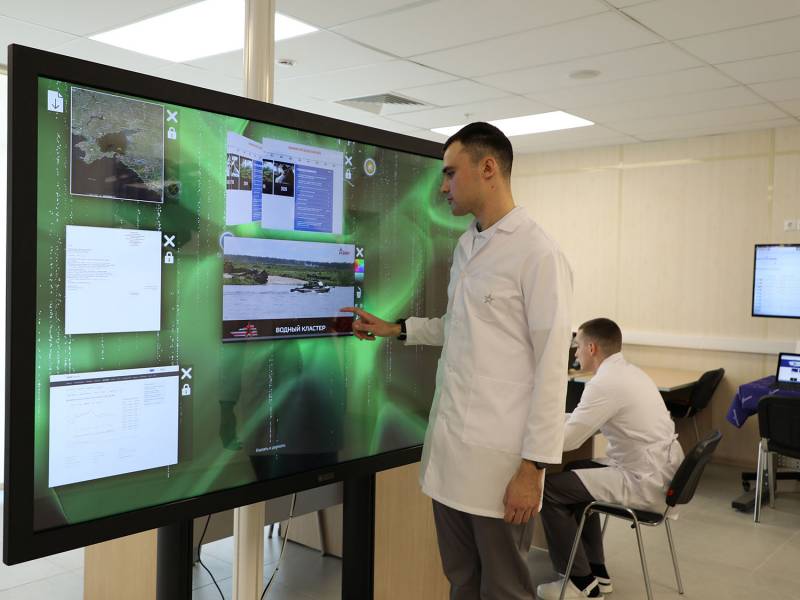 How we all lost

Import substitution is a key trend of recent times that seems to remain so for the coming years, if not decades. This is especially critical for the defense industry, and especially for microelectronics.

According to the most conservative estimates, Russia lags behind key market players from the USA and South Korea for at least 25 years. For many positions, even in the defense industry, we were forced to purchase foreign components of the second-class Industry standard, which, in particular, operate in the temperature range from minus 40 degrees to plus 85 degrees. Military-level equipment, in which both radiation resistance is higher and the temperature range is much wider, if they sold us, then with big reservations. Nevertheless, only the defense enterprises of the Russian Federation bought back in 2011 not the most advanced electronic components abroad for an impressive 10 billion rubles. The famous Glonass-M 75-80% consists of foreign components. As it turned out, the roots of this sad trend were laid back in the Soviet Union. 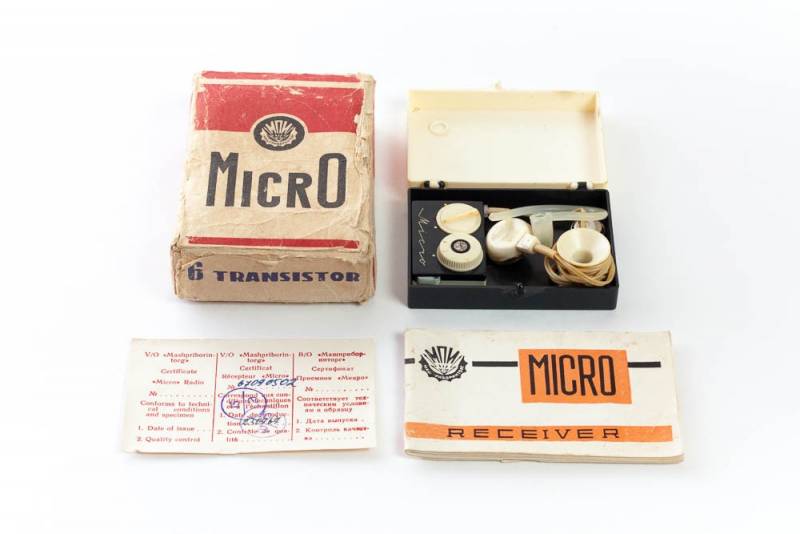 Radio "Micro". Photo: azainer.livejournal.com
In the 60-70s, the USSR was, if not a world leader, then one of the three major manufacturers of electronic components for both the defense sector and civilian consumption. At the same time, the total cost of components was much lower than the global one. For example, the Electronpribor association in the early 70s produced powerful world-class transistors at a price of only $ 1, despite the fact that in the West such equipment was several times more expensive. In many respects, this was achieved by the complete self-sufficiency of domestic manufacturers: if foreign components were purchased, they were quickly and effectively replaced by Soviet counterparts.

A case in point was developed by the Zelenograd engineers developed in the 60s by the Micro radio, which at that time had no analogues in miniature in the world. Micro has become a good export product and image product - Nikita Khrushchev often presented it to top officials of foreign countries. A single-crystal 16-bit micro-computers from the Leningrad Scientific and Technological Bureau were also one of a kind: in the United States, then, the corresponding competitors were emerging. The semiconductor industry was supervised and sponsored by many departments: the Ministry of Defense Industry, the Ministry of Communications Industry, the Ministry of Electronic Industry and others. Scientific and industrial personnel were brought up in the country. By 1976 alone, under the auspices of Zelenograd NPO Scientific Center, over 39 thousand people worked in 80 enterprises. What is the reason for the current deplorable state of our electronic industry? Firstly, up to 95% of all products of all Soviet high-level electronics were consumed by the military together with the space sector. This focus on defense orders and the actual monopoly of the Ministry of Defense played a cruel joke on the industry. 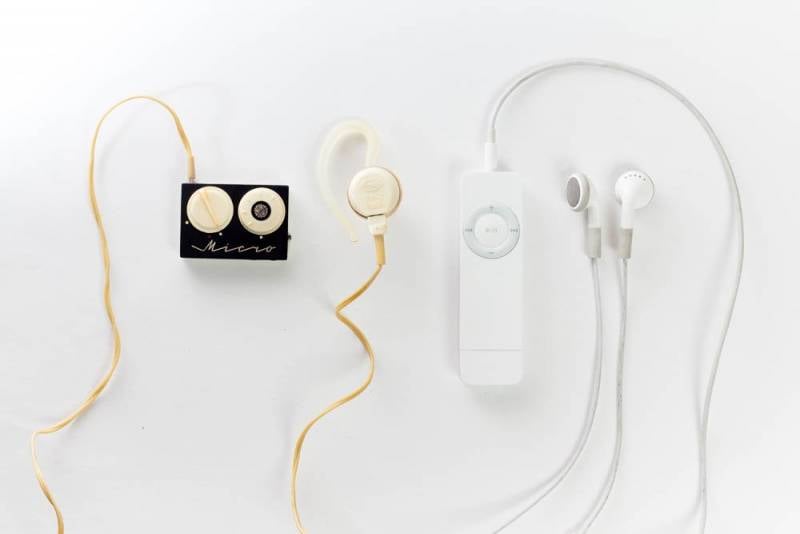 Micro radio and modern analogue. Photo: azainer.livejournal.com
Around the beginning of the 80s, a semi-crazy idea appeared about thoughtlessly copying foreign components for radio electronics. This was caused by the disbelief of both politicians and the military in the potential of Soviet scientists, in their ability to create something new. The army was afraid that if we do not copy now, then it is not a fact that tomorrow we will have something, at least similar to the Western one. And this will directly affect the combat effectiveness. So, by the method of “reverse engineering”, the initiative in developing their own ideas in specialized research institutes and NGOs was suppressed. At the same time, the Ministry of Electronics frantically tried to catch up in the 80s and saturate the domestic civilian market with high-tech products: computers, video and audio tape recorders. This, of course, the right decision would finally allow us to move away from the dictates of the Ministry of Defense and get resources for the further development of the industry. But production capacities were not enough at all, although they initially provided production growth in 1985-1987 in the region of 25% per year. It came at a high price - by distracting the mass of specialists from innovative developments in the element base, which sharply slowed down the further development of microelectronics in the country. 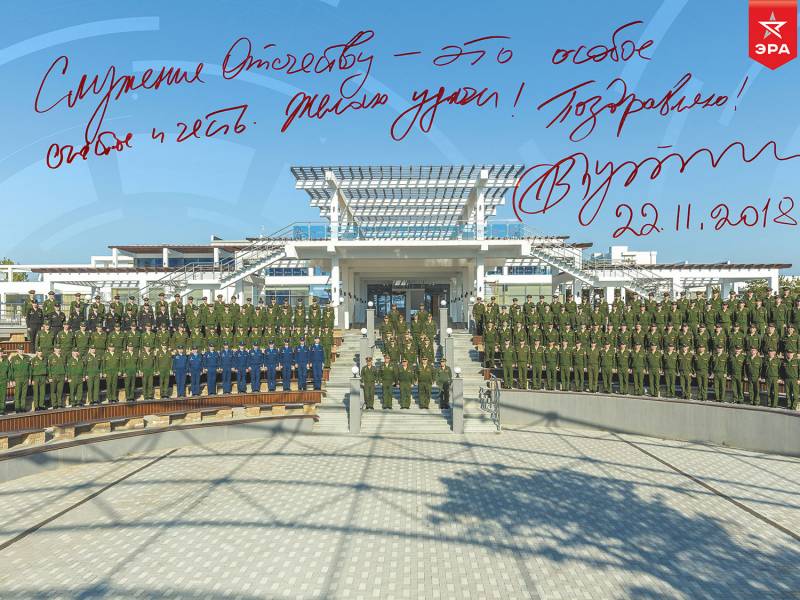 Photo: era-tehnopolis.ru
After the collapse of the Soviet Union, the situation was aggravated by the indifference of the country's leadership to the problems of domestic microelectronics, as well as the actual opening of borders for competitive foreign technology. It was possible to collect the destroyed only in the 2000s, when the specialized holdings Radioelectronic Technologies and Roselektronika were created. They united under themselves many semi-living enterprises that had previously produced electronic components for the Soviet Union. However, they are also stepping on an old rake - up to 75% of all orders come from government agencies and the military. Civilians prefer cheaper foreign equipment, even if it is in some way inferior in consumer qualities. A difficult situation has developed with the import substitution of electronic components of domestic weapons after the introduction of Western sanctions. It turned out that many weapons were simply not designed for larger and energetically "gluttonous" Russian microcircuits - they had to rework design documentation. And, of course, domestic high-tech components seriously raised the final cost of weapons models. Still, a single assembly is much more expensive than a conveyor.

There is hope for the Micron group of companies in Zelenograd, which is privately owned and controlled by Sistema. It was at Mikron that the first in Russia were able to master the production of microcircuits with a topology of 180 nm (bought from STM), later sorted out from 90 nm, and six years ago they independently developed a technology for 65-nanometer topology. So far, the only serial in the CIS. At the same time, in the West they are already working on a topology of 5-7 nm. Paradoxically, in Russia there was not a sufficiently wide market for such domestic equipment - almost everyone prefers to buy foreign analogues from manufacturers that have been known for more than a dozen years. For this reason, Russian developers cannot offer low prices - production volumes do not allow to reach large circulations. And artificially dumping does not give a material condition. A vivid example with the Russian Elbrus-401 computer running on the Russian 4-core Elbrus-4K microprocessor with a clock frequency of 800 MHz and a peak performance of 50 GFlops, which cost in 2015 ... 229 thousand rubles! Now compare this with the Intel Core i5-2500K processor with a performance of 118 GFlops and a cost of 25 thousand rubles in the same year.

The well-known military innovation technology park "Era" in the near future will attempt to at least partially offset the gap, which is becoming more and more critical every year. A Center for Technological Competencies is being created, whose tasks will include the development of electronic components for military and dual use. Nail Khabibulin, Deputy Head of Technopolis for Innovative Development, claims that by 2026, as a result of the Center’s work, Russia will have microprocessor production technologies with topologies up to 28 nm. Compare this with the western level of microelectronics at the present time, and you will understand that the work of the Center will only allow maintaining the existing status quo, in which we are always catching up. 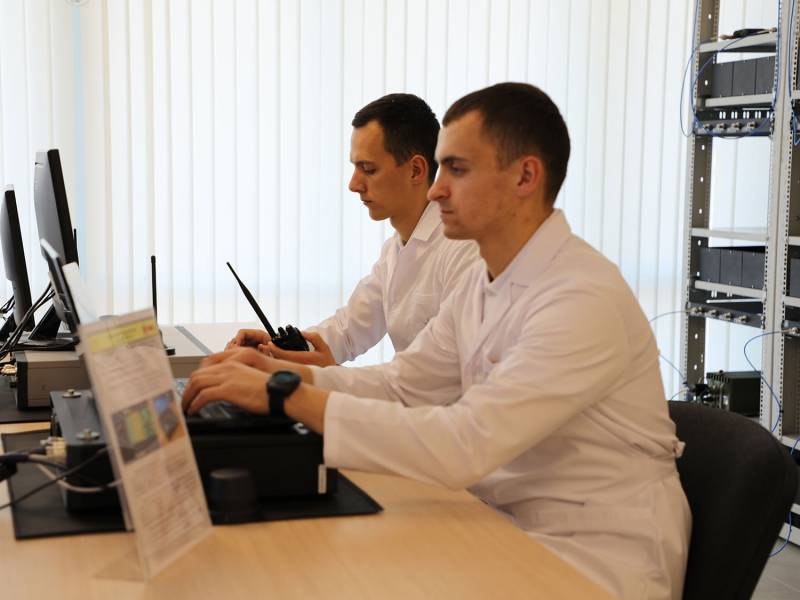 Photo: era-tehnopolis.ru
Among the innovations of the Competence Center, the so-called verticalization is singled out, uniting companies involved in the development of an elemental microelectronic base, creators of algorithms and the Era technopolis unit. Actually, this is very similar to the Soviet model for the joint design of integrated circuits, which were proposed by the Ministry of Electronic Industry in the 80s. Then, the circuitry stage of creating the integrated circuit was carried out by the customer (in our time, the Era technopolis), and the stage of developing the topology and design was already assigned to the enterprises of the Ministry. Incidentally, this was later adopted in the West by many private corporations, which ensured a breakthrough growth rate in electrical engineering.

Khabibulin further explains that all project participants will benefit from the implementation of an independent channel for transferring foreign technologies to select the most breakthrough ones in terms of application for domestic weapons systems. This veiled wording hides a very simple idea - we are so behind that we have to collect special centers just for the mythical transfer of technology in microelectronics. How are you going to do this? None of the leading powers now directly sell us military-class equipment, even China. The materials will not be published in the open press sources about the most advanced defense microelectronics technologies. And the rest of the information is already available to almost anyone who has a subscription and the Internet. In Era technopolis, this technique was even given a name - reverse engineering for solving specialized tasks. It is very similar to "reverse engineering", which actually buried the microelectronics of the USSR in the 80s. Then the initiative also came from the military and officials. 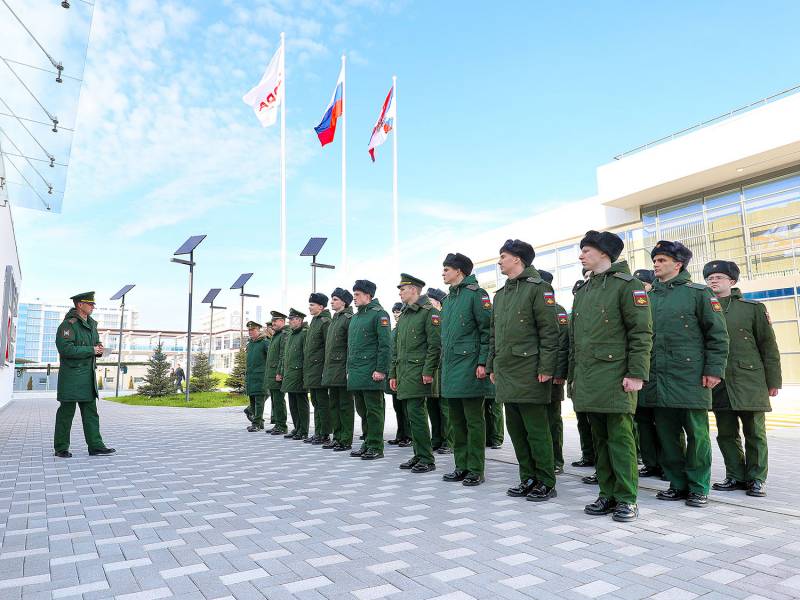 Photo: era-tehnopolis.ru
In this situation, it is difficult to say what needs to be done. However historical experience tells what should not be done in order to avoid global problems. A simple “creative rethinking” of Western experience, firstly, will never give us an advantage in the race, it will only reduce the gap, and secondly, it will educate a whole generation of engineers and scientists who are unable to do anything except copying. Meanwhile, a possible way out of the difficult situation that has arisen may be turning to fundamental science, which we have always been at the highest level. Nevertheless, it is in this plane that the most modern developments lie that have not yet gone beyond the boundaries of laboratories and from which the vultures of secrecy have not yet been removed. These are projects to replace silicon, for example, graphene, silicene, and phosphorus. Of course, the stimulation of work in these areas will not look so pompous as the organization of the Era technopark, but at least it will give us a chance to “step over generations” in the global microelectronics industry.

We are in Yandex Zen
Portable radio stations of the combat control network
Overview of combat night vision systems from Western manufacturers
117 comments
Information
Dear reader, to leave comments on the publication, you must to register.