The network discusses a photo of a Russian tank in the USA: versions of its appearance 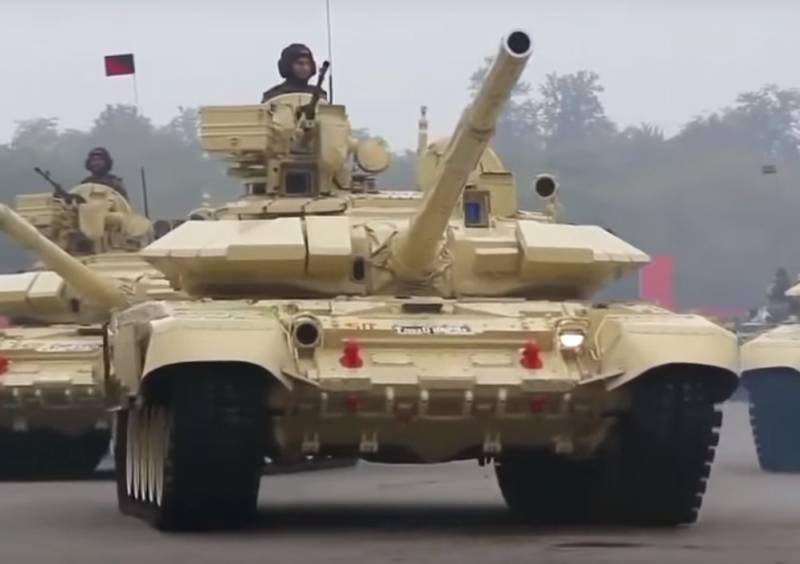 An extremely interesting photograph appeared on foreign military forums. It captures a technique similar to the Russian T-90 tank on a trailer. At the same time, it is noted that transportation is carried out throughout the United States.

Naturally, such a photo cannot but cause questions from both foreign and Russian audiences. After all, the T-90 is the main model tankscurrently used in the Ground Forces of the RF Armed Forces. And even more interesting is how a combat vehicle could get into the USA.

A photo of the tank that entered service with the Russian army in 1993, after the collapse of the Soviet Union, was published, among others, by the thematic Defense Blog. But the authors could not answer the question about the origin of the photo. However, a hunch is voiced that this may be a model of a tank for more effective preparation of American soldiers for a possible meeting with this combat vehicle in an armed conflict.

According to one version, a mock-up made on the basis of the T-72 and used in the American army during military exercises to personify tanks of a potential enemy could be transported by truck. Americans widely use such models in their maneuvers to make them more realistic. 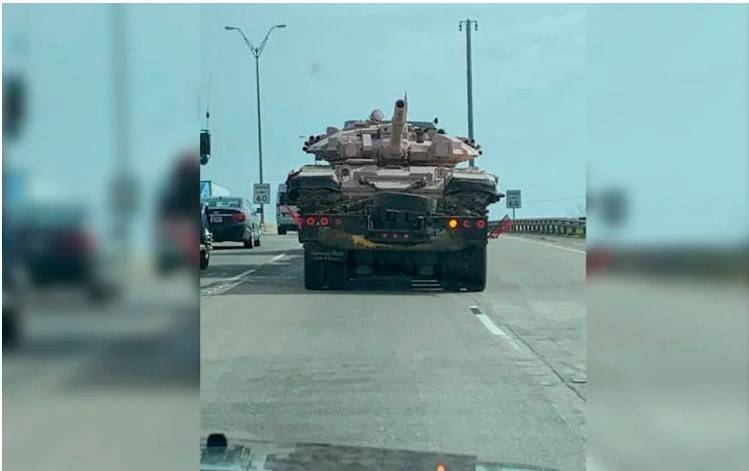 As you know, the T-90 tank is produced by Uralvagonzavod. In addition to the Russian ground forces, the tank is in service with the armies of Algeria, Vietnam, India, Armenia, Azerbaijan, Turkmenistan, Syria, Uganda and Iraq. The largest number of combat vehicles, in addition to Russia, is operated by India, which still continues to order these tanks from Russia. By the way, deliveries of T-90 to Egypt are also expected.

Given the extensive list of countries in whose armies the T-90 is armed, it is possible that the American side could acquire this tank from any of the third countries. For example, in the same Iraq, American troops have been hosting for almost two decades. On the other hand, the tank was actively used during the civil war in Syria, where also one of the vehicles could fall into the hands of the Americans.

However, there are more skeptical versions. According to one of them, a tank transported on a trailer may be the props of one of the new feature films and have nothing to do with real combat vehicles. Moreover, in many American films, older Russian tanks more than once played the role of modern ones. The directors of action-packed action films in Hollywood usually do not follow the reliability and compliance with real prototypes.

It is also possible that photography may turn out to be a photo fake at all, editing in order to create a sensation. In the "society of the play" such a version also has every right to exist.

In any case, regardless of what the subject was captured by an unknown photographer, there is no doubt that the US military is showing increased interest in modern Russian weapons and military equipment. For many secrets at the Pentagon would be willing to pay a lot of money. Indeed, it is Russia that is today considered by the United States as the most likely adversary, along with China, and in the field of development and production of military equipment, our country is still a key competitor to the United States.

We are in Yandex Zen
Situational analysis of the death of the MH17 flight (Malaysian Boeing 777), made on the basis of engineering analysis from 15.08.2014
Results of the week. “In our cooperative, the board is always agreed”
Military Reviewin Yandex News
Read Military Reviewin Google News

39 comments
Information
Dear reader, to leave comments on the publication, you must to register.