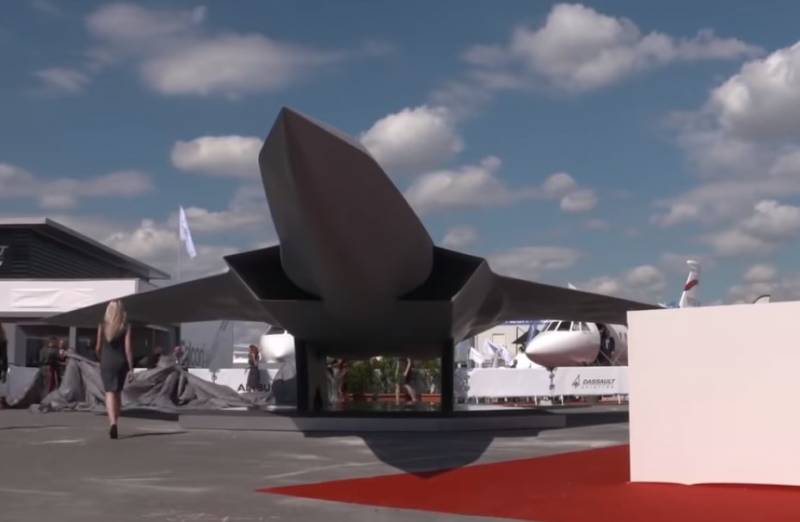 
The R&T contract was concluded between representatives of Germany and France in December last year. Its value is 155 million euros, which Berlin and Paris will have to invest in equal shares. It is the first stage of the SCAF project.

The project of creating a “fighter of the future”, figuratively speaking, is now on the runway and is ready for launch. But whether this start will take place today depends entirely on the German Bundestag. There will be a vote on February 12, which should approve or reject Germany’s participation in the project. Paradoxically, there is a danger that the parliament of a country considered the leader of Europe could disrupt an important defense program, vital for European sovereignty.

It is difficult to say what decision the Bundestag will take, so the intrigue will remain until the very moment of voting. But there is another factor of uncertainty - the German government. After all, if it is decided there that ratification of the contract for the 6th generation fighter will lead to budget overruns, then it will be removed from the agenda.

It is possible that the intrigues surrounding the contract are related to intra-German political games, and absolutely nothing threatens the fate of the fighter project.

The preparatory work preceding the conclusion of the contract, Germany and France conducted in an atmosphere of complete mutual understanding and broad government support in both countries.

The implementation of the research and development contract is designed for a year and a half and concerns the aircraft, its engine, unmanned aerial vehicles and some other components of the SCAF program, but so far does not include sensors and stealth.

The full completion of the program is tentatively designed for the year 2035-2040. It involves the creation of an inconspicuous multi-functional fighter generation 5+ (or 6). It is designed to gain air supremacy and strike against ground targets. In the future, he will replace the French aircraft Dassault Rafale and the joint European development of Eurofighter Typhoon.

But the program is not limited to plans for the creation of an ultramodern fighter of the latest generation. It also involves the development of unmanned aerial vehicles, as well as control and guidance systems. The SCAF program is called the "system of systems", which, according to the calculations of its creators, will have to play a leading role in ensuring pan-European security.
Ctrl Enter