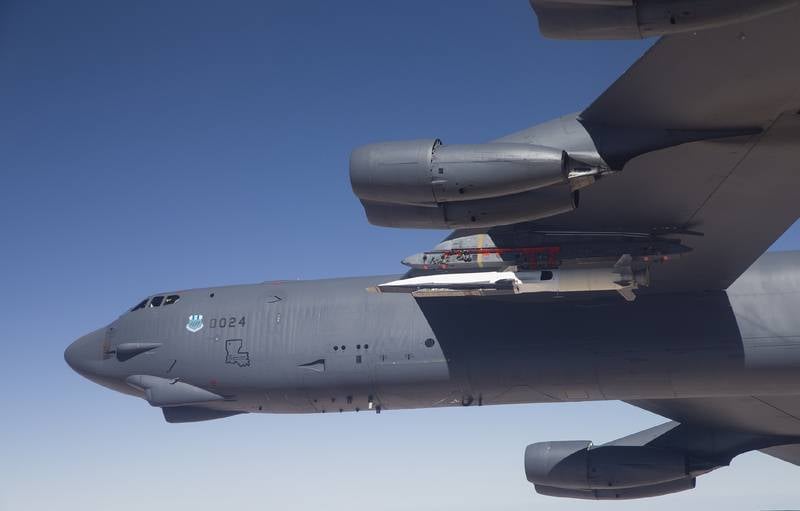 US Air Force halts one of two hypersonic development programs weapons. According to Anne Stefaneck, spokesman for the Air Force, the program for developing the Hypersonic Conventional Strike Weapon (HCSW) fell under the reduction.


The HCSW program was one of Lockheed Martin’s hypersonic missile development projects for the B-52 strategic bomber. The reason for stopping the program was the limited allocation of funds within the Pentagon's military budget for 2021, which led to the choice of financing only one of the programs: either HCSW, or a program for developing a split hypersonic complex called "Air Launched Rapid Response Weapon" - ARRW).

The US Air Force Command decided to retain the ARRW program because it is more of a “unique planning block design” than the HCSW.

As previously reported, the HCSW program created a long-range missile with a speed of more than Mach 5, capable of breaking through the missile defense system (in the initial version), further plans for its development have already been curtailed, the company received a notification that there was no funding for the HCSW program.

It should be noted that in addition to the US Air Force, its own programs for creating hypersonic weapons are conducted by the US Navy and DARPA, the Department of Defense Advanced Research Programs of the US
Ctrl Enter

We are in Yandex Zen
Lockheed Martin will develop for the US Air Force a hypersonic missile for 2022 year
Reports from the militia of New Russia for 27-28 September 2014 of the year
74 comments
Information
Dear reader, to leave comments on the publication, you must to register.