Shoigu spoke about the scale of the Victory Parade on Red Square on May 9, 2020 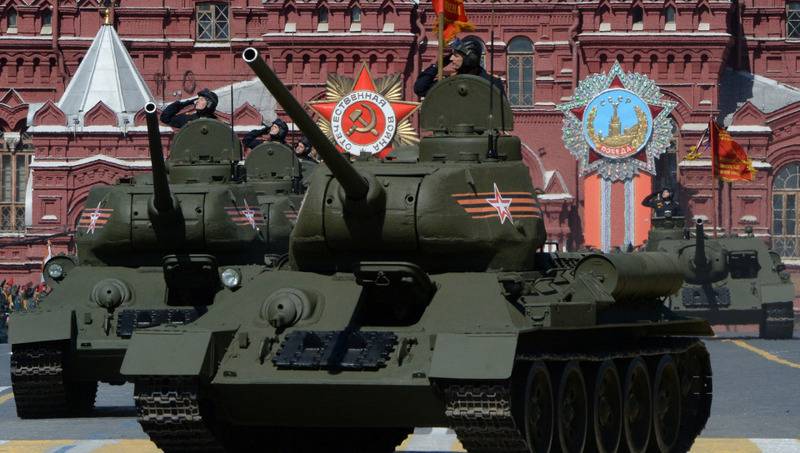 The Victory Parade on Red Square on May 9, 2020 will last an hour and a half, it will be attended by 15 thousand military personnel, including representatives of 20 armies of foreign states. This was announced by Russian Minister of Defense Sergei Shoigu at a special meeting dedicated to the celebration of Victory Day.


According to the head of the military department, 15 thousand people will take part in the parade, 375 ground units and aviation equipment, of which 225 units of weapons and military equipment, 150 aircraft.

Units of 20 foreign armies are invited to participate in the parade. A number of countries, including the CIS and CSTO (Collective Security Treaty Organization), have already confirmed their participation. Each unit of the foreign army will consist of 75 military personnel.

A special part of the parade will be historical, in which soldiers dressed in uniforms from the Great Patriotic War, T-34 tanks and Su-100 self-propelled guns will pass along Red Square.

The atmosphere of the victorious 1945 will be recreated 10 military uniforms of those years, as well as the battalion of the famous T-34 and self-propelled artillery SU-100
- specified the head of the military department.

The main, according to Shoigu, at the celebration for the Victory will be veterans, a special festive program for four days has been developed for them.

The upcoming Victory Parade will be larger than last year and held in 2018, since it is anniversary.

We are in Yandex Zen
Alexander Lukashenko wants to give dynamism to the “Union of Seven”
The old RRF is not needed in the hut
176 comments
Information
Dear reader, to leave comments on the publication, you must to register.