Cousin of whip and wolf 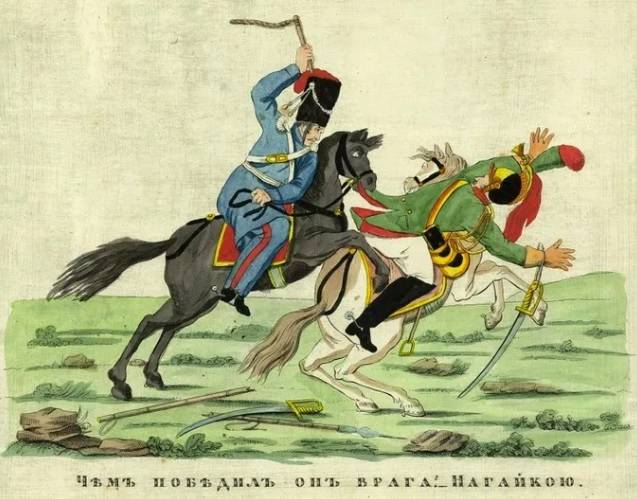 The need for self-defense seems to be one of the basic in human society. No one disputed the right to protect himself, his family and friends, as well as property belonging to himself, his beloved, property. However, over the years, this self-defense more and more fit into the strict framework of the law, and therefore weapon self-defense became somewhat less lethal and traumatic. And if previously there was a weighty club that could open the skull to the offender, then already in the New Age period such tricks could have lost not only property and health.


It is generally accepted that the Cossacks used some kind of auxiliary weapon as whips and wolves. The first is quite well known, but the top is a kind of reduced copy of the whip and was used precisely as an impact weapon, for example, during a hunt for predators. However, a nudge as a weapon of self-defense was unacceptable due to its size and shape, but a wolf cub could cause too severe injuries. In addition, some Cossacks at the end of a tight leather lash sewed a weighting compound. They did not dare to quit their own horse with such a cub: sometimes a single blow with it could kill a wolf. By the way, it is from here that the name of the volcano is (sometimes it was called the scavenger after the specified modernization).

How to teach a fool a lesson?

Due to the need for weapons for self-defense and the too high traumatic power of existing samples, a "fool" appeared (the emphasis falls on the second syllable). Because of her, in a certain sense, "kinship" relationship with a whip and a cub, she is attributed exclusively to Cossack roots. However, most likely, it has common Slavic roots, and only later did the Cossacks take root with their habit of certain liberties in the form of self-government of the villages. 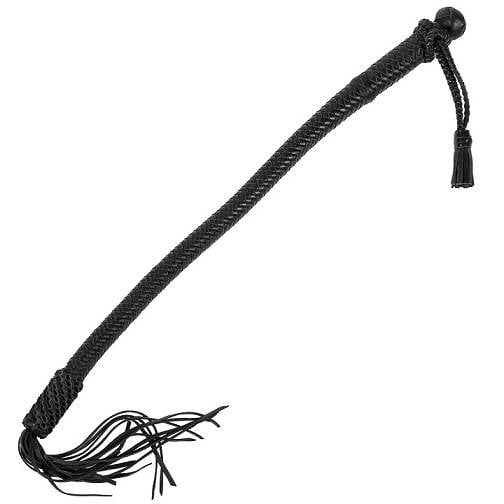 Fool with a lanyard
The fool was made in two ways. Either an extremely strong wood stick was braided with leather stripes, or the whole fool was long and hard weaving from leather by analogy with modern rubber batons. Therefore, it is impossible to consider a fool as a lash for a horse. For example, fools do not have a pronounced pen.

Over time, the fool improved. Each decorated his weapon of self-defense to his taste. The brush at the end of the fools became more magnificent and longer. For special panache, skillful lanyards were woven, which, however, bore a special function - it was difficult for a fool to pull out of the hands of its owner. The weaving itself depended on the imagination of the author. The length of this gun could begin with 35 centimeters and reach up to half a meter. 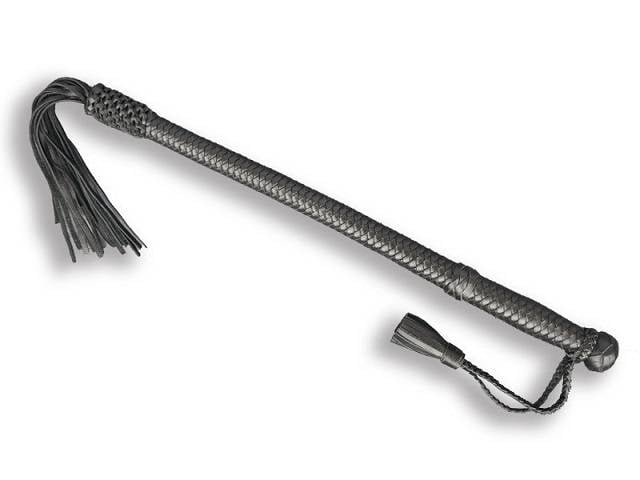 The main thing is that the fool did not have a weighting of the wolf and could not cause serious injury in the form of a fracture. The traumatic force was reduced by leather weaving, although the fools were quite painful, but they could knock out a knife from the enemy or calm his ardor without dire consequences. In addition, the very presence of fools was not perceived as a threat due to the elegance and apparent modesty of this weapon. She was not striking like a whip or a wolf cub, the length of which began with 60 centimeters.


Initially, the villages enjoyed great liberties. In particular, self-government was introduced in the villages, and the functions of law and order were assigned to the chieftain. So, in the Black Sea Cossack army, even the cumbersome and bureaucratic reform of 1842 could not break the habit of self-government from the villages. And in such a context, the fool was very welcome, so as not to disturb the high authorities with the evil the news about the inability of local authorities to restore order. The use of such a tool for law enforcement did not entail great consequences and remained somewhat private. Moreover, in spite of the prevailing stereotype, the Cossacks rarely removed the traditional checker from the wall, and its use was possible either during the war or in emergency cases.

One of the favorite entertainments at Shrovetide and Christmas time was fist fights. Of course, such training and entertainment events were held in accordance with strict rules. Inside the teams themselves there was a division into younger and older Cossacks, fighting at different stages. Also, atamans were chosen inside each team, and old veterans sat in a kind of jury, although they could recall youth if they wanted to. 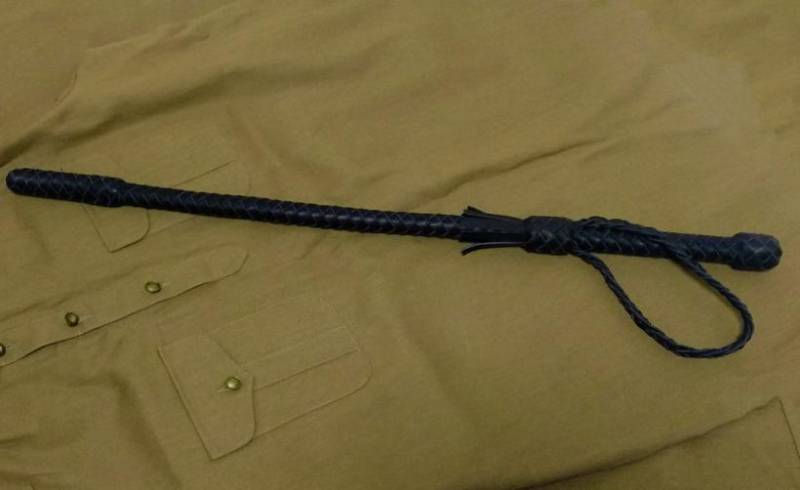 Modern variation on the theme of fools
Naturally, sometimes one of the fighters, or even several at once, was covered by such a courage of a fight that they could not keep themselves within reason. That is why a pair of Cossacks with fools stood on the sidelines to quickly bring the fighters to a sense.

Oddly enough, but a half-forgotten fool is being made now. Fools weave special masters - nahajniki. Not to be confused with the scornful nickname of motley revolutionaries of the beginning of the last century given to them by Cossacks, who, following the orders of their superiors, dispersed "unauthorized rallies" by famous whips.

Now, of course, no one is braiding a tree. The core of modern fools is a twisted steel cord braided with genuine leather. Often, lead is used as a tip in a leather bag or braided in leather, which, of course, is not entirely authentic and close to a top. And, of course, weaving is now the most intricate. There are fools, as if sheathed in snake skin. At the same time, the fool looks much more “intelligent” than the hooligan western bit, and requires skill and, of course, responsibility.

We are in Yandex Zen
Is the old well forgotten to become the new? Part-2. By call of honor and duty
An-12 in Afghanistan
34 comments
Information
Dear reader, to leave comments on the publication, you must to register.