Authorities in Europe were silent about the problem with migrants. Did you do it? 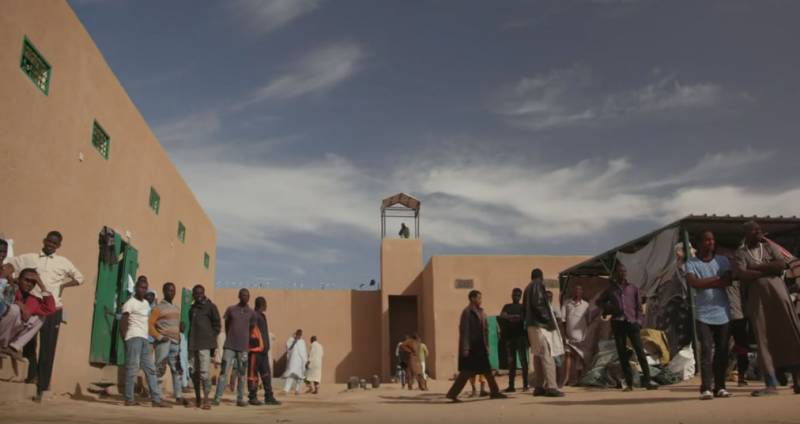 In the fifth year after the acute crisis of the fall of 2015, when Europe was shaking and in a fever due to the flood of migrant floods, it seems that the situation has calmed down and life has returned to normal. Has she returned?

Optimism of experts and pessimism of the population

In a report last year by experts from the German Foundation for Integration and Migration, measures taken by the cabinet of Chancellor Merkel were highly appreciated. Hans Vorlender, political scientist who led the expert group from the Technical University of Dresden, commented on the main conclusions of the report.

“Is Germany ready for the next migration crisis?” - asked Vorlander and answered himself: - Yes, ready. At first, the influx of migrants caused a shock. This situation has become a stress test for Germany. But Germany did a good job with this test. And now she’s more prepared to overcome the migration crisis than in 2015. ”

The position of the fund’s experts was not shared by all experts. Including in power structures. For example, the head of the Federal Agency for Migrants and Refugees, Hans-Exhard Zommer, noted: half of the migrants arriving in Germany do not submit documents to the authorities at all.

“It is about 54% of the total number of migrants,” Sommer said, “and this, despite the fact that about a third of all refugees arrive in the country by plane”. Sommer talked a lot more about the real situation with migration in Germany.

“We are clearly seeing,” the official told the Welt newspaper, “many people coming to us do not need shelter.” Last year, we registered 162 asylum applications. It’s like a big city that comes to us every year. ”

The media called Hansa-Exarch Zommer a troublemaker, and Chancellor Merkel soon dismissed the talkative minister so as not to spoil the good picture of the migration created by the authorities. According to her, the situation looks like this. In 2015, Angela Merkel said her expression has already become a meme: "We can do it!". Means, now it is necessary to report to the society: “They did it!”

It turns out not great. Here is the Minister of the Interior of Germany Horst Seehofer presented the statistics of the department. According to it, the number of crimes committed in Germany is the lowest since 1992. So the minister denied the rumors circulating in the media and society that under the guise of refugees a flood of robbers and rapists poured into Germany, who now spoil criminal statistics.

The media did not agree with the conclusion of the minister. They took data on Lower Saxony, which is considered to be the average standard of Germany. The land authorities have not yet managed to clean up the numbers. So the picture turned out to be slightly different than Minister Seehofer saw it. Lower Saxony police recorded a 10,4 percent increase in violent crime. In the vast majority of cases (92,1 percent), it was provided by migrants.

That is, the authorities of Germany, and indeed of Europe as a whole, are now profitable to remain silent about the migration crisis - otherwise you can say goodbye to the workplace.

Note that we are talking about violent crimes, which the Germans most of all feel as a "payment for hospitality." If you dig a little deeper, as the Speaker on Internal Affairs of the German Free Democratic Party faction in the Berlin House of Representatives Marcel Luthe did, the situation looks very bleak.

Referring to the data of the Criminal Police Office of Berlin, Lute wrote a report on organized crime of migrants. In the capital of Germany alone, investigators identified 59 active organized crime groups.

18 of the citizens of Germany consisted of them, the rest were the product of migrant diasporas. Although among the holders of German passports of ethnic Germans in the organized crime group was less than half. The bulk of these groups were naturalized migrants from Turkey and Arab countries.

Experts look particularly closely at Germany, as the actions of its government caused a migration crisis in Europe. Meanwhile, in other countries of the Old World the situation has developed even more deplorable. At the end of last year, Sweden showed itself in a new way.

Her Prime Minister Stefan Leuven, on his Facebook page, was forced to admit: the country could not cope with migration. It spawned crime and greatly spoiled the widely publicized Swedish idyll.

The newspaper Dagens Nyheter completed the picture. Teenage gangs appeared in the country. They commit outrage in many large cities (especially in Malmö) and even get to Denmark. Forensic scientist Amir Rostami told the publication: from 2014 to 2018, the number of men 20-29 years old who died from gunshot wounds increased by 200%.

Explosions happen so often that, according to Rostov, parallels can only be drawn with combat zones. In the already mentioned Malmö for the year “the police registered 45 detonations of explosive devices”, 12 people were shot dead in the city.

Tearing off a revelation, Stefan Leuven then softened the picture. “In many ways, Sweden is still a safe country with a low crime rate,” the prime minister reassured the Swedes. “Most of those who arrived in our country work and contribute to society, but extensive immigration in a short time complicated integration.”

Such revelations of politicians are rare in modern Europe. The current authorities are trying not to make a discussion of migration issues in the public space, but to present their policies as the only correct, balanced and aimed at the good of the country. They play along with pro-government media. Only extraordinary events temporarily destroy this goodness.

Hidden issues hide the human drama of raped women, humiliated teenagers at school, robbed by criminals of old people and simply gullible people, murder among the new settlers of the continent themselves. All this is difficult to explain with particular cases or costs of the migration process. However, the European authorities are still succeeding ...

We are in Yandex Zen
Raped Europe. What awaits Germany and other countries after the "fun night in Cologne"
"Trouble" of the Promised Land. African immigration to Israel
46 comments
Information
Dear reader, to leave comments on the publication, you must to register.