No time for the Medvedev government: versions of the reasons for the resignation 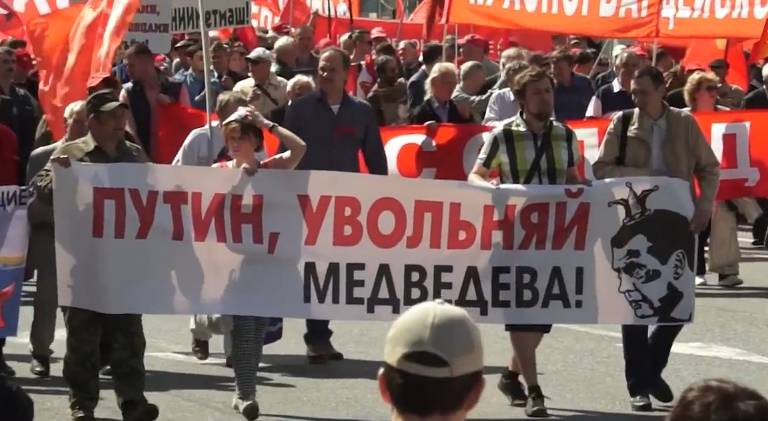 Despite the fact that since the moment when Prime Minister Dmitry Medvedev and his government were fired, almost a month has passed, the debate about the reasons for this event continues. Also, new versions are being put forward regarding the “true” reasons that this team and its leader were out of the way with the new course announced in the country. Regarding the fact that now is definitely not the time for Medvedev’s Cabinet. Well, I’ll try to make my own contribution to this burning topic.


Official motives were voiced repeatedly, including by Medvedev himself, who, in particular, admitted that he had "stayed" at his post, which he had been able to hold for almost eight years. According to him, “such a precedent in the latest stories There was no Russia. ”

In addition, the ex-prime minister believes that the “old” cabinet would be a brake on the “renewal of the political system” being carried out by Vladimir Putin and the global processes of “changing the balance of power” connected with it. Well, it’s good as a working version, but this is not the only point.

Many experts point to a whole series of points in connection with which the further stay in power of the team that more or less steadily led all the most important sectors of the country's life in recent years has become completely unacceptable. At a minimum, there is some truth in the vast majority of such opinions. The Medvedevs (and Medvedev personally) did indeed manage to collect too much negativity from society. It just so happened, and there are both subjective and completely objective reasons. In this regard, the theories expressed by some Western media that Putin has removed Medvedev from power as a “dangerous competitor” who “knew too much about the Kremlin’s political cuisine” look, to put it mildly, a conspiracy of pure water.

The thing, most likely, is another. The president is changing those on whom the fate of the country will depend in the very near future, since at this stage he needs managers of a completely different type and warehouse than those who have occupied ministerial and other high seats so far.

The simplest analogy: the captain and crew, perfectly managing a pleasure yacht, lazily gliding along the sleeping warm sea under a light and gentle breeze, are hardly suitable for leading a warship into battle, and even in the midst of a storm and a storm. To our great regret, if we talk about Russia yesterday and today, and especially about what it looks like the country expects literally tomorrow, then these are the analogies.

The times of relative peace and prosperity, in fact, ended for us in 2014. Moreover, economic problems and difficulties that seemed temporary to some people did not decrease at all. Sanction pressure, the distinct desire of certain circles in the West for the political isolation of Russia, assuming ever more realistic features, the danger of a collision ... Russia is now not a yacht or a cruise ship, but a cruiser preparing for battle and a campaign. Hence the corresponding personnel decisions.

We have yet to see what exactly the innovations proposed by the president will result in, which, in theory, should affect each and every one of us. It is quite possible, and even more likely, changes in the structure of power and its personalities will continue further. With the enormous scale of what was conceived, Putin can no longer carry everything to the smallest detail alone or relying on a very narrow circle of associates. Now, most likely, an extremely tough selection will be held of those who will be able to lead the country further.

The Medvedev government did not fit into these processes at all. We will not go through everything that failed him: from national projects to, let’s say, not too well-thought-out innovations in the pension sphere. Maybe they wanted the best. But defeat does not recognize excuses, nor does victory require explanation. Now this is the past. Let's see what future will bring us those who have come and will come to replace them.

We are in Yandex Zen
Situational analysis of the death of the MH17 flight (Malaysian Boeing 777), made on the basis of engineering analysis from 15.08.2014
Results of the week. “In our cooperative, the board is always agreed”
82 comments
Information
Dear reader, to leave comments on the publication, you must to register.