The story from the liberals: another "exposure" of the plans of the Stalinist "blitzkrieg" 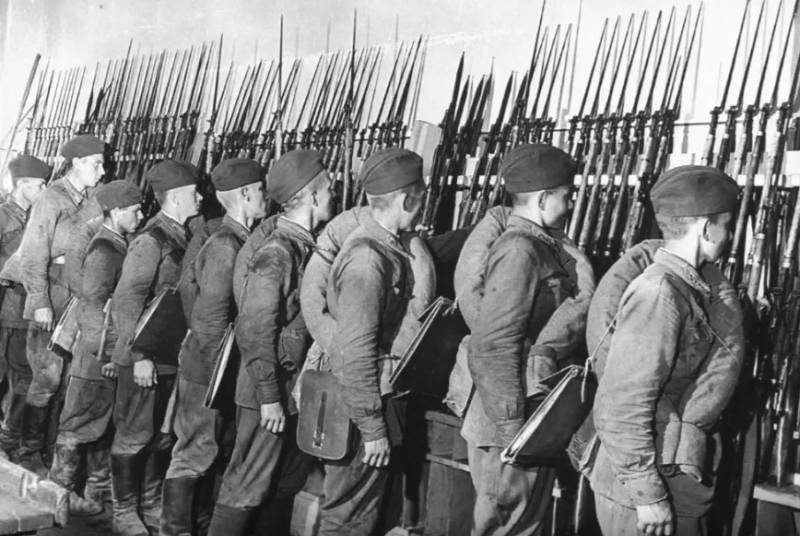 The closer the 75th anniversary of the Great Victory, the more creeps out from everywhere those who seek, even so, at least, but to cast a shadow on this fateful for the whole world historical event. He also strives to pour mud on him and his creators. It is expected that the liberal “party” giving birth to insinuations will be especially zealous in this dubious field.


Once again, "specialists" specializing in the "desacralization" of the Great Patriotic War noted in this matter. Data published on the Echo of Moscow radio station. The blog of one of the regular authors there, Andrei Illarionov (ex-adviser to the president of Russia, who felt like an implacable opposition), received a new "revelation": he, you see, revealed the "Soviet plan of attack on Germany!" That's right: no more, but no less. This "talented economist" is haunted, as Illarionov is called by some of his associates and associates, the laurels of the fugitive scout Rezun. Another exposer of the Stalinist “blitzkrieg” plans ...

Let us proceed, however, to a concrete analysis of the fact that this gentleman, who stubbornly clambers into questions of history, seems to consider almost the sensation of the century. He operates on a “most important document” - “Considerations for a plan for the strategic deployment of forces of the Soviet Union in case of war with Germany and its allies.” We will make a reservation right away: this paper was never signed or endorsed by anyone (which, however, Illarionov honestly admits, presumably, solely because he would be caught instantly on such a fraud), dated "presumably May 15, 1941." But maybe not May ... Or maybe not the 15th ... The authorship seems to belong to the then drug addict of defense, Marshal Semen Timoshenko and the head of the General Staff of the Red Army Georgy Zhukov. But again, due to the absence of their signatures on the document, it is problematic to say anything.

But can this really stop a man like Illarionov? In his блоге he uploads a photograph of the corner of which card with an inscription by hand: “Executor Major General Vasilevsky. 15.5.41. " Everything - the "proof" is ready. After that, our “historian”, with all seriousness, begins to assert that Zhukov personally scribbled certain places of “considerations” of the rules. Well, he was standing nearby!

As a matter of fact, Mr. Illarionov intends to make all the furore by sending his readers to that paragraph of the document, which says about the need “in no case to give initiative to the German command, to forestall the enemy in deployment and attack the German army at a time when it will be in the deployment stage and will not have time to organize the front and the interaction of the armed forces ... "That's it! Stalin, his generals and marshals taken red handed! You could say caught by the hand. You see: they didn’t prepare for defense, but intended to attack the “poor” Nazis themselves, who by that time had pulled colossal forces to our borders “with exclusively peaceful goals.”

This is the place our "hero" calls the "Soviet plan of attack on Germany". Illarionov quite seriously asserts that the army in the deployment stage is "an army preparing for an attack, but not yet starting it." Therefore, attacking it is pure aggression! Honestly, the way it is ... The case clearly smacks of either, excuse me, the clinic, or absolutely fantastic amateurism. Even assuming that preventive action plans against the Nazis were drawn up, it remains only to regret that they did not have time to put them into practice. In May 1941, the war with the Third Reich was already absolutely predetermined and inevitable. If the People’s Commissariat of Defense and the General Staff did not develop its plans, then they would be worthless. Moreover, in the context of the geopolitical situation prevailing in Europe in the 30s of the twentieth century, literally every country had plans for military action against almost all its neighbors! Such was the then reality. Often these plans lacked several weeks or even days to be realized: how, for example, the intentions of Britain and France to attack the USSR during the 1940 Winter War. Nothing, then we were our allies. Sort of…

And finally, the main thing: in the same "considerations" we are talking about the construction of new fortified areas, including in 1942. In principle, after these words alone, the question of the “aggressiveness” of Moscow’s plans in the spring of 1941 is not subject to discussion. If a grief economist trying to play war with history were at least half a gram versed in the true basics of military affairs, he would know: the desire to forestall the enemy, seize strategic initiative is the basis of military success, and not an indicator of “aggressiveness” at all. There can be no talk of any "plan of attack" as applied to the "considerations" issued by him for such. At least because the hypothetical offensive operations described in them, which the Red Army was supposed to carry out in 1941 in Europe, remained plans.

We are in Yandex Zen
Russian expanse: from Ukraine to Finland
Results of the week. “Excuse me, aren't you crazy?” - “No. I have a certificate "
86 comments
Information
Dear reader, to leave comments on the publication, you must to register.