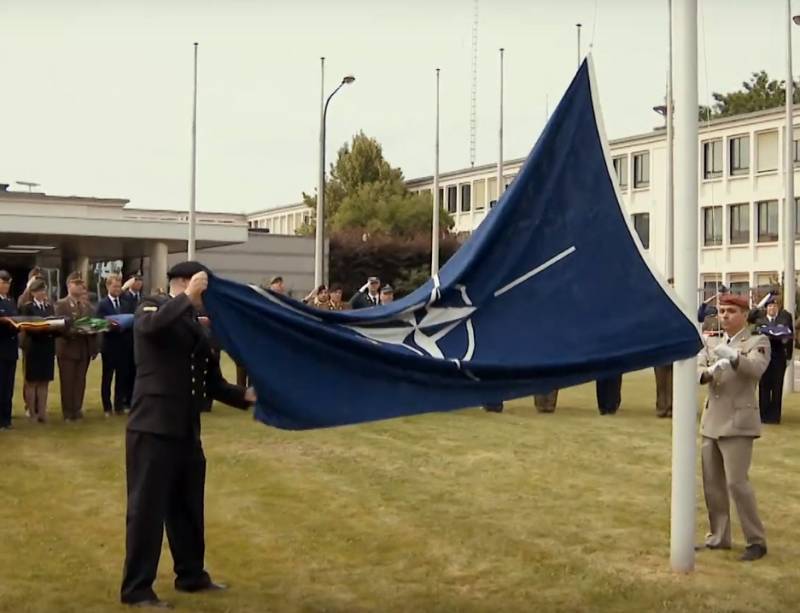 The Alliance is rapidly losing European support. Moreover, confidence in the NATO bloc is falling in countries that are its key participants - in Germany and France.


The American research institute Pew Research Center on February 9, 2020 published very interesting data from a survey of Europeans. Over the past ten years, confidence in NATO has fallen by an average of 20%. Today, only 57% of German citizens and 49% of French citizens have a positive attitude toward the North Atlantic Alliance. And in these indicators there is nothing surprising. In the form in which NATO exists today, the bloc has long ceased to satisfy the security needs and interests of Western European states.

Today, the alliance is an instrument for maintaining the American military presence on the continent. It is no accident that French President Emmanuel Macron has repeatedly proposed the creation of a new military structure - a united European army. In fact, this is the same NATO, but without the United States and probably Turkey, the attitude towards which in Europe is also far from positive.

The American leadership, in turn, is very wary of the idea of ​​creating a pan-European army. Indeed, if it appears, the meaning of the existence of the North Atlantic Alliance will disappear, and the US military presence in Europe will become less justified. Therefore, all of Washington’s hopes today are associated with the countries of Eastern Europe - Poland, Romania, Latvia, Lithuania, Estonia, as well as Norway and not a member of the alliance with Sweden.

It is in these states that the highest degree of anti-Russian sentiment is broadcast by the authorities and the media. US diplomats had already threatened Germany to transfer troops and military equipment to Poland if the Germans did not increase defense funding, including the maintenance of American bases. Amid such blackmail, the deterioration of attitude toward the North Atlantic Alliance in Germany is a completely understandable phenomenon.

There is one more nuance. Europeans are less and less eager to protect each other from Russia. For example, only 41% of the French and 34% of Germans answered in the affirmative when asked whether their countries should help a NATO member attacked by Russia. This is due to the fact that today NATO includes very aggressive states against the Russian Federation such as the Baltic countries or Poland, and the Germans and French do not want to fight for pro-American provocateurs.

In addition, the old territorial claims of a number of European countries play a role in relation to the alliance. For example, the US and NATO have a positive attitude towards modern Ukraine. But in Hungary, the actions of Kiev do not cause the slightest approval. As many as 67% of the Hungarians surveyed said that Hungary should regain the territories that were once part of it. And we, as we understand it, are talking about Transcarpathia, which is now part of Ukraine. In a number of Transcarpathian settlements, Magyars constitute a significant part of the population. According to the authorities of Hungary and ordinary Hungarians, their fellow tribesmen are discriminated against in Ukraine.

60% of Greeks also declare their desire to return their lands. And in this case, territorial claims are most likely also addressed to neighboring countries that are part of the NATO bloc. With the Germans, 30% of the respondents want the return of historical lands, most likely those that after the war were included in Poland.

As you can see, the disagreements in Europe are very large and they will only grow. Too many European countries have claims to each other, and to the United States, and to the EU leadership. Against the backdrop of the crisis of the North Atlantic Alliance, Russia can significantly strengthen its position in Europe, especially if we talk about such Western European countries as France, Germany and Italy. In each of these states, there are impressive political forces that oppose both anti-Russian sanctions and the withdrawal of countries from the North Atlantic Alliance.

We are in Yandex Zen
France believed it could shape Europe’s political agenda
NATO: growth or collapse?
44 comments
Information
Dear reader, to leave comments on the publication, you must to register.