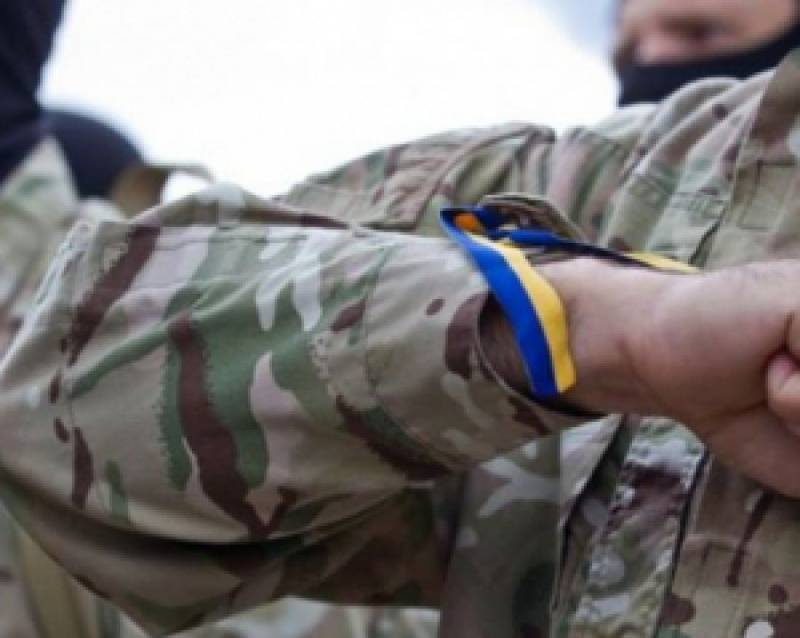 In Ukraine, the legalization of private military companies is being prepared. The corresponding bill has already been prepared and submitted to the Verkhovna Rada by the deputy from the party "Servant of the People" Olga Vasilevskaya-Smaglyuk. So why did Kiev need PMCs?


At first glance, there’s nothing wrong with that. In the end, PMCs operate quite legally in countries such as the USA, China, Britain, Germany, Switzerland, South Africa. However, we should not forget that in this case we are talking about Ukraine. Consequently, the issue under discussion has a very distinct local specificity, giving more than enough reasons for concern.

Initially, the fact that, according to Vasilevskaya-Smaglyuk herself, in the creation of this document, “the fighters of Dobrobat and ATO veterans very much” arouses questions. The main thing is that the lady from the “Servant of the People” is trying to calm the public, who is somewhat worried about the novation, is that the future military “private traders” from the “uncovered” will be strictly forbidden to act on the territory of their own country. No military activity, no, no! And beyond, participation in hostilities is a complete taboo. Exclusively “consulting services, training of personnel of the armies and special services of customers, military construction, repair and maintenance of equipment, mine clearance, peacekeeping and security activities”. True, a lot of things can be brought under the last paragraph, and this is not the point.

The main “highlight” is different: to have in Ukraine own bases, training camps and warehouses with weapons PMCs are not forbidden to anyone. That is, here and there throughout the country there will be outposts of private armies that are not controlled by anyone except their explicit and secret masters. What will prevent them from receiving the appropriate commands to take full control of the specified industrial or other economic facility, the whole city, the whole region, is decidedly incomprehensible.

Vasilevskaya-Smaglyuk proposes to create for "control over PMCs and the regulation of their activities" a kind of "national commission reporting to the Cabinet of Ministers." It sounds very funny. Boys in suits with iPhones of the latest model will control PMCs right up to the moment when they and their real masters allow it, no matter the oligarchs or leaders of nationalist movements. Nobody is going to give any real force to force this brethren to obey "in which case" to give the operetta "National Commission on PMCs".

But, presumably, places in it will be very expensive. Making this assumption, I proceed from the fact that this body will “issue licenses for the import and export of weapons as part of foreign economic activity”. That is, speaking humanly, of the private arms trade, which will thus be legitimized in the "non-winter" environment. Well, already tired of the local military to climb at night from time to time from warehouses and arsenals everything from guns to tank spare parts. They want, you know, to steal without looking back. How many and exactly what types of weapons this way will fall into the hands of terrorists of all stripes and around the world, I can not presume. Yes, and no one will undertake, I am sure. All the years of its existence, Ukraine has been a defendant in scandals involving the smuggling of weapons to the most exotic points of the globe, and, as you can see, it does not intend to refuse from traditional business. It’s just that now there will be those who for this will need to be obligatory and almost legally “unfasten”. For licenses ...

Another extremely interesting point - there will be no restrictions on hiring personnel for PMCs. A criminal record will only be an obstacle to becoming their founder. And to serve - even with three terms for the murder! And this one is absolutely irrefutable evidence: the law, which they are now trying to push through parliament, has several main goals at once. Firstly, to give the oligarchs and others who have the appropriate financial capabilities (the statutory fund of the Ukrainian PMC should initially be approximately 6 million hryvnias, that is, 24 million rubles), create their own private armies on the eve of the upcoming “big redistribution”, a fight for resources and territories . Secondly, this is a handout to punishers who have undergone good work, an opportunity for them not only to legally unite in packs under the “right” and necessary “roofs”, but also to legalize their colossal arsenals. Thirdly, the same exact opportunities are given to right-wing radical organizations of a nationalist and frankly Nazi kind. Well, the current purely mercantile benefits for those in power are like receiving huge bribes from arms dealers.

However, this is not even the most worrying. Another group of goals for which Kiev can use the newly created PMCs is the implementation of a force scenario for the so-called "de-occupation" of the Donbass, as well as sabotage and provocation against Russia in the same Crimean direction. And this already makes us seriously think about the true intentions of the current Ukrainian government.

We are in Yandex Zen
Situational analysis of the death of the MH17 flight (Malaysian Boeing 777), made on the basis of engineering analysis from 15.08.2014
Results of the week. “In our cooperative, the board is always agreed”
57 comments
Information
Dear reader, to leave comments on the publication, you must to register.