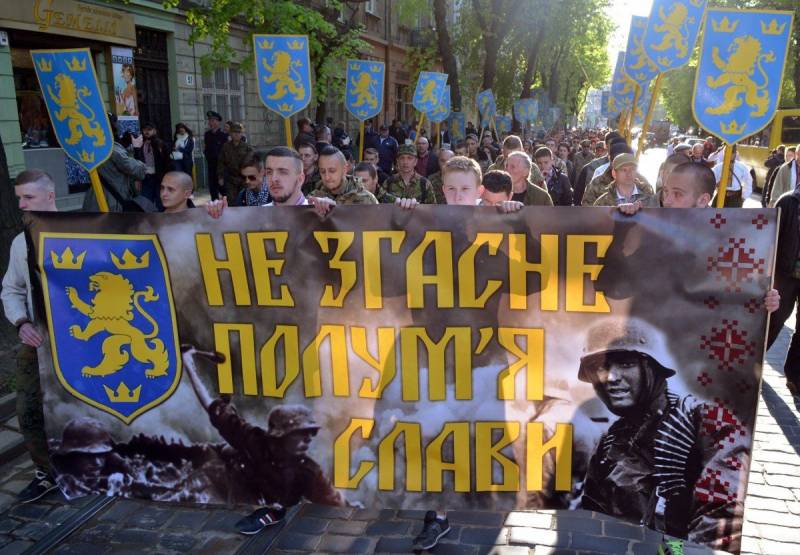 Personnel changes in the Kremlin, in particular, the appointment of Dmitry Kozak to the post of deputy head of the presidential administration of Russia, implying that he will henceforth play the first violin in matters of resolving the situation in the Donbass, has already generated a lot of versions and even speculation. Like, remembering what options this politician offered to resolve the crisis in Transnistria, one should expect from him "efforts to federalize Ukraine" using the DPR and LPR as a "Trojan horse to strengthen Russia's influence." It is said strongly. But how similar do these versions correspond to the intentions and interests regarding the “non-fallow” not even of a specific Mr. Kozak, but of the Russian Federation as a whole?


It should be noted that the “reflections” quoted above are posted on the official website of the European Council on Foreign Affairs and belong to one of its employees, Gustav Gressel. Of course, it is more visible from Europe ... In fact, even if we assume that Moscow has some far-reaching plans to return Ukraine to its zone of influence, it should be recognized that there is a very big problem with this. Its roots do not lie in the East “unbroken”, but precisely in its West, and there is no way to solve the issue here by any “federalization”, “decentralization” and similar methods.

As a matter of fact, people who are sober-minded and not afraid to call a spade a spade have long since expressed their thoughts that a bizarre conglomerate created by the USSR authorities from 1917 to 1991 and subsequently received the status of the “state of Ukraine” cannot be considered close to homogeneous. There were territories in it that either a madman or a completely unscrupulous liar could call Ukrainian: it is, of course, about the Crimea and the lands that Kiev is eager to “reintegrate” today, uprooting “Russianness” there with fire and sword. There are regions which, some with greater foundations, others with less, can be called Ukraine itself. Once upon a time no one would have thought of attributing, for example, Kharkov or Odessa, but here you go - Maidan ideology managed to gain a foothold even there.

And finally, there is that part of the country which, being for centuries the most backward in industrial, infrastructural, economic terms, today is, as it were, a standard, a model of "Ukrainianness", imposing on all other compatriots their own view of the world and their "values", cultural , historical and primarily political. Already here the intra-Ukrainian stratification can be traced. And do not object - the election of the president of the native of Krivoy Rog Zelensky this thesis is not something that does not refute, but confirms exactly 100%. Listen to his words, look at his affairs - and you will understand that I am right. Russophobia, anti-Soviet, kholuy worship of the West, exaltation of the Nazi henchmen and raising to the rank of "national heroes" of persons worthy of perhaps only a polyphonic and eternal damnation - all this originates from there.

This is primarily about Galicia (Lviv region), which stands out even against the background of its neighbors with extreme conceit, reaching the messianic complex, absolute intolerance and utter assertiveness in achieving one's own goals and objectives. Believe it or not, but with the so-called zapadentsev relations are far from ideal, even among neighbors from other Ukrainian regions. Nevertheless, it was precisely this tiny piece of the country, which did not have a common history or a common faith with it, in 1991 proclaimed itself a measure, the ideal of “all Ukrainian”. She declared all the rest either “Muscovites” or “sellers” of such and began to impose a “standard model” on the people, exceeding the population of this “Ukrainian Piedmont”, as they call themselves, tens and hundreds of times.

In time, this muddy "fountain" was not shut up. It could not be otherwise, given the fact that the first president of the country was a lover of “shoes” Leonid Kravchuk. And then “strong business executives”, from Dnepropetrovsk and from Donetsk, enthusiastically “sawing” the remnants of the Ukrainian economy, they preferred to give away to the throaty Westerners tribe such, in their opinion, unprofitable, boring and unimportant things like culture and ideology. How it all ended, we all know. Of the events of 2004 in 2010-2013, neither the conclusions nor the lessons were learned. Weapon and the militants who finally turned Euromaidan into a massacre and a coup d'état arrived in Kiev in February 2014 from Lviv ...

Any attempt to turn what is now called Ukraine into some kind of normal country with which Russia can again coexist is a priori doomed if Galichina remains in its composition. It's like trying to cure gangrene at an extremely advanced stage without surgery. The accession of these areas to the USSR was perhaps a mistake. A mistake that sooner or later will have to be corrected in one way or another. And it doesn’t matter whether they join the coveted Europe, becoming the voivodships of Poland (which they don’t even mind at all), part of any other EU countries or continue to exist as a separate “power”, the main national assets of which will be the monuments to Bandera and Shukhevych .

We are in Yandex Zen
Situational analysis of the death of the MH17 flight (Malaysian Boeing 777), made on the basis of engineering analysis from 15.08.2014
Results of the week. "God forbid to see Russian revolt, senseless and merciless!"
141 comment
Information
Dear reader, to leave comments on the publication, you must to register.