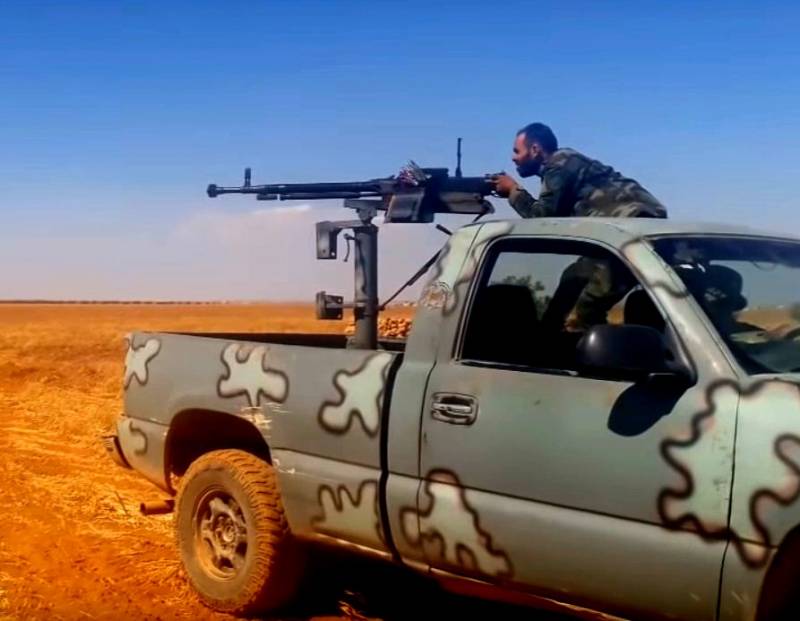 In Syria, fighting continues for Idlib. Both sides - militants and Syrian government troops - use a wide variety of weapons, but some of them are most effective in crowded cities and settlements.


Idlib is a fairly populated governorate by Syrian standards. At least that was before the Civil War, which led to the exodus of hundreds of thousands of refugees from the country. The population of Idlib governorate in 2010 amounted to more than 1,5 million people, which is not so small for Syria, in which only 17 million people were living at that time.

A large number of civilians, the availability of infrastructure facilities - all these circumstances significantly complicate the use of air and missile attacks in Idlib. No, they are, of course, applied aviation government troops on the positions of the militants, but the destruction and human casualties are causing accusations against Damascus from Turkey, the United States and Western European countries.

In the context of the fighting in Idlib, both the Syrian government forces and the militants and the Turkish army are actively using Tanks and armored vehicles. As practice shows, the tanks proved to be good in battles for the settlements of this Syrian province. The main tanks used by the Syrian Arab army: T-72 and T-90. At one time, the Syrian armed forces occupied sixth place in the world in the number of tanks. Of course, now this is far from the case, but the tanks continue to play a very significant role in the Syrian civil war. 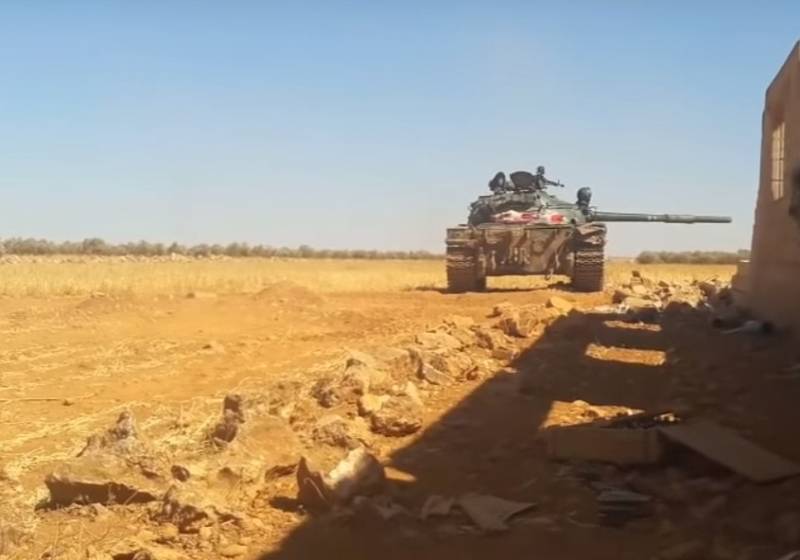 Thanks to the power of tanks, Syrian units easily carry barricades and barriers that militants build on the streets of cities and rural settlements. Tanks easily overcome obstacles, crushing the enemy’s resistance.

However, tank units also suffer high losses. The militants manage to act effectively against tanks, using cross-country vehicles with machine guns and anti-tank missile systems mounted on them. Thanks to the anti-tank systems, militants regularly knock out tanks of government troops. So, for all the years of the Syrian war, the army of Bashar al-Assad lost at least 2037 units of armored vehicles, and it is tanks that make up the bulk of the losses. 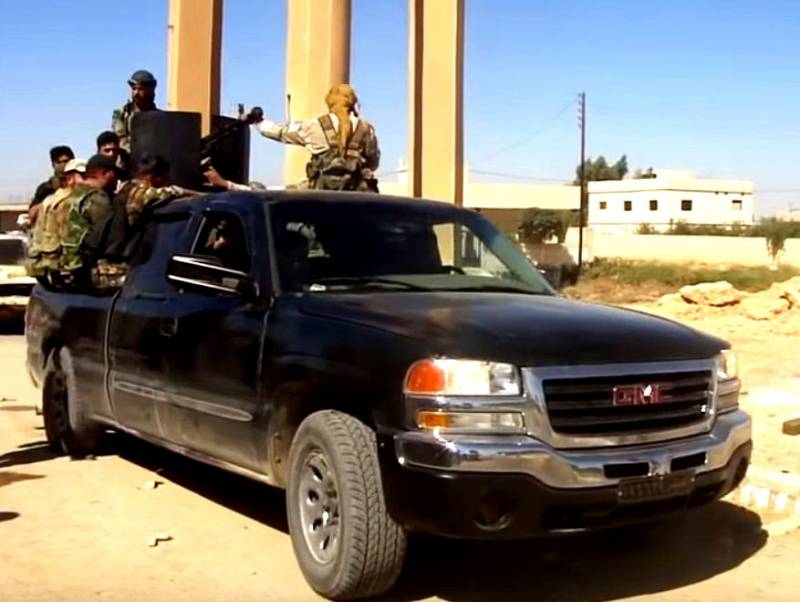 Machine gun pickups - modern carts, efficient weapon. They are widely used in many local conflicts in the Middle East and Africa. At one time, it was Toyota’s SUVs delivered by France that helped the underdeveloped Chad repel the invasion of the Libyan armed forces superior in many respects. Chadian-Libyan conflict 1986-1987 it was not for nothing that they called the Toyota War, the role of the mobile groups moving in jeeps with machine guns and anti-tank systems was so significant.

Syrian government forces seized 11 tanks, 9 armored personnel carriers and 62 pickup trucks with weapons mounted on the retreating fighters in Idlib. High mobility, fast speed, the ability to maneuver on the streets of eastern cities make these cars an unrivaled weapon of both insurgent groups and government forces. 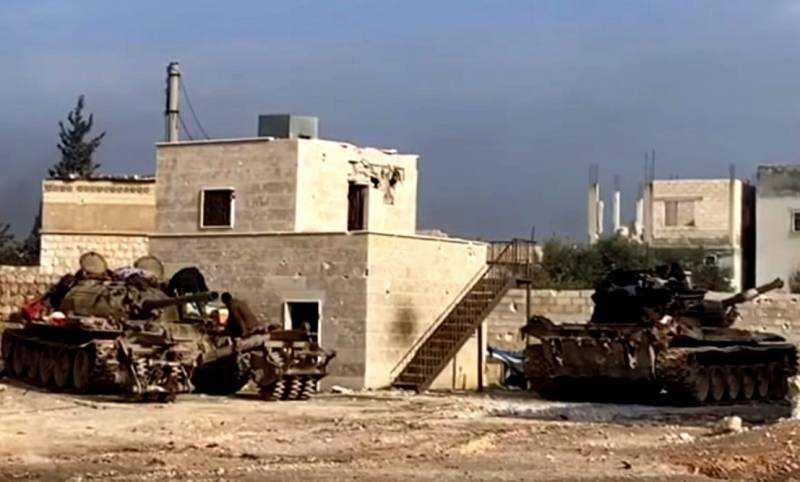 Now the advancing government troops are using tanks, artillery, and those same machine gun pickups against militants. It turns out, as we see, pretty good. It is no accident that Turkey first threw tanks and armored vehicles at Idlib, realizing that in the Syrian climate and landscape it is the most effective weapon.

Army artillery, including mortars, is no less important and no less effective in battles for Idlib. The most advanced mortars that are now being used against illegal groups are the 120 mm 2B11. This is the basis of the towed Sled complex. The maximum firing range is 7 m, rate of fire - 100 rounds per minute.

In addition to mortars, 152 mm 2A65 Msta-B howitzers are actively used. They were delivered by Russia during the Civil War and have proven themselves well in the battles for Palmyra. The main advantage of 2A65 is high firing accuracy, which is very important in urban and rural areas. 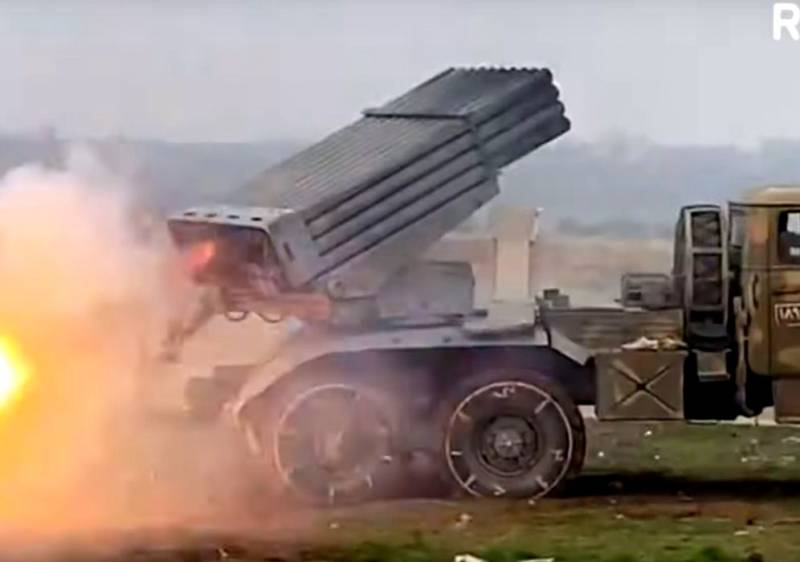 The howitzers have a rate of fire of 7 rounds per minute, and a firing range of almost 29 kilometers. Due to the high accuracy of the fire, high-explosive and cumulative shells hit the militants and their objects located at a considerable distance from the positions of the Syrian army.

But air support also plays a role. If it weren’t for the Russian Aerospace Forces, then the Syrian government forces in the battles for Idlib would have been much harder. It is likely that they would not have been able to achieve the successes that we can observe today.

We are in Yandex Zen
Turkey vs Russia: what is happening in Idlib?
Refugees from Syria. Will Russia accept immigrants from the Middle East?
43 comments
Information
Dear reader, to leave comments on the publication, you must to register.