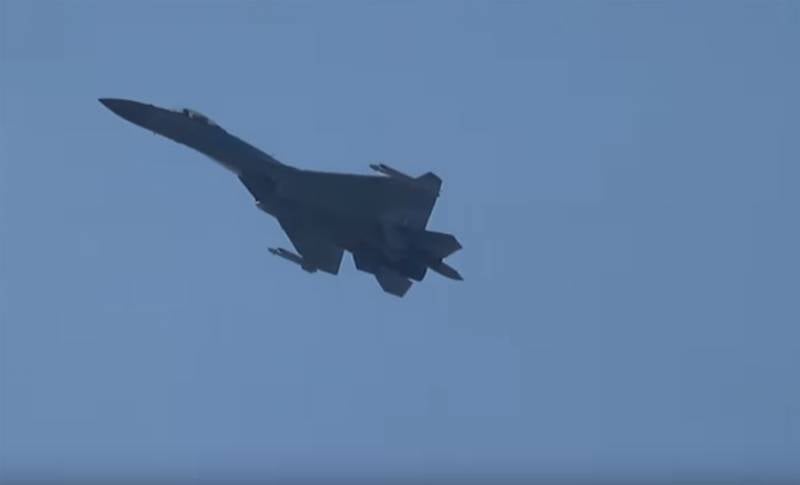 Statements appeared on the network that a few days ago, the Turkish military aviation made an attempt to enter the airspace of Syria in the province of Aleppo. Such information is published, in particular, by the Chinese information resource Sohu in its military section.


According to the Chinese author, Turkey has attempted air intervention in the Syrian conflict, pursuing several goals. First: escort of a military convoy, which was sent towards Idlib. Second: possible air strikes on the front lines of the Syrian government army in the provinces of Idlib and Aleppo.

Tried to cross the Syrian border aircraft F-16 Turkish Air Force.
Further, the author on the Chinese portal claims that the Turks did not succeed in doing this, since Russian Su-35 fighters from the Khmeimim air base were lifted into the air.

There is no official confirmation of data on the “meeting” of the Su-35 Russian Air Force and the F-16 of the Turkish Air Force in the region of the Syrian-Turkish border.

How serious you can take publishing in Sohu is a separate issue. Often this publication publishes unverified information, which ultimately does not find its confirmation. However, there are cases when publications in the military sections of Chinese sources about the events in various armed conflicts were confirmed over time.
Ctrl Enter

We are in Yandex Zen
Reports from the militia of New Russia for 27-28 September 2014 of the year
Interview of Vladimir Putin with Radio Europe-1 and TF1
133 comments
Information
Dear reader, to leave comments on the publication, you must to register.