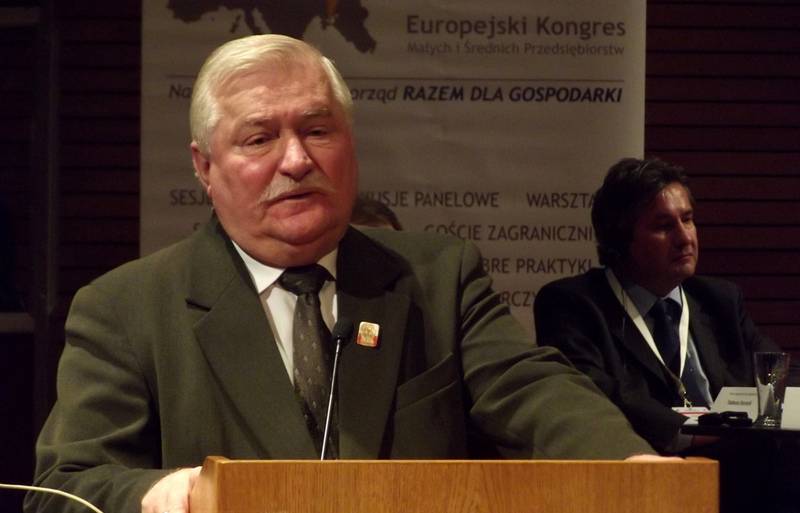 Former Polish President Lech Walesa was skeptical of the idea of ​​Polish Deputy Foreign Minister Pavel Jablonski to demand reparations from Russia. He said this in an interview with Sobesednik.ru.


Former Polish President Walesa ridiculed the claims of some representatives of the ruling party in the country to pay reparations from Russia. In particular, the Polish politician drew attention to the statement of the Polish Deputy Foreign Minister Pavel Jablonski, who had previously declared Poland’s "unconditional right" to demand payments from Russia, as the successor of the Soviet Union, "for damage caused during the Second World War."

It’s the same as I would demand to return my young years to me. But they have already passed. Go ahead - it’s important
- declared Valensa.

According to him, instead of making any claims, Warsaw needs to establish a dialogue with Moscow, find ways to solve problems that have arisen recently.

When we fight, only third forces win. From Warsaw it was always closer to Moscow than to Washington
- he stressed.

Also, Lech Walesa said that he intends to come to Moscow to celebrate the 75th anniversary of the Victory, if he receives an offer from the Russian authorities.

We are in Yandex Zen
Polish Foreign Ministry declared the right to demand reparations from Russia following WWII
December 2010 years. Russian March. Senseless and merciless? Notes not a Russian person
104 comments
Information
Dear reader, to leave comments on the publication, you must to register.