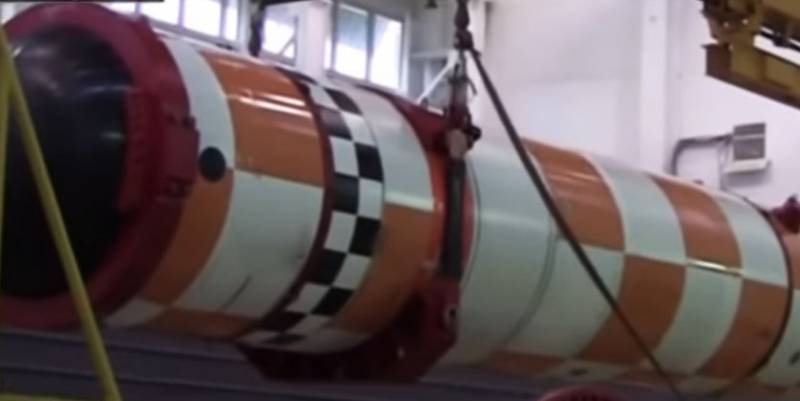 
The main emphasis in the publication of Sohu is on the fact that the Russian "Poseidons" are turning into weapon retribution, which no country in the world currently has.

Such strategic unmanned aerial vehicles can be located in the most important points of the ocean. Even if all the country's weapons, including nuclear weapons, are destroyed by a nuclear strike or remain uncontrollable due to the destruction of combat crews, the deep-sea ghost Poseidon will ultimately still be able to strike back.
In an article on the military-thematic section of the Chinese resource, the Russian Poseidons are called weapons that "will end the third world war."

It is noted that initially the strategic Poseidon drones were not planned to strike ground targets. And at the same time, if the Poseidon nuclear torpedo strikes the coast infrastructure, this could lead to incredible damage to any enemy.

Its invisibility, suddenness and destructive power simply will not allow people to escape to a protected place. As soon as a signal is received, it can calmly and unhinderedly attack any object on the coast of North America, both in the waters of the Atlantic and in the waters of the Pacific Ocean.
Ctrl Enter

We are in Yandex Zen
Reports from the militia of New Russia for 27-28 September 2014 of the year
In 5-10 years, Russia will be rejected in the stone age?
125 comments
Information
Dear reader, to leave comments on the publication, you must to register.