What is the Su-57 fighter superior to the F-35: some comparative parameters 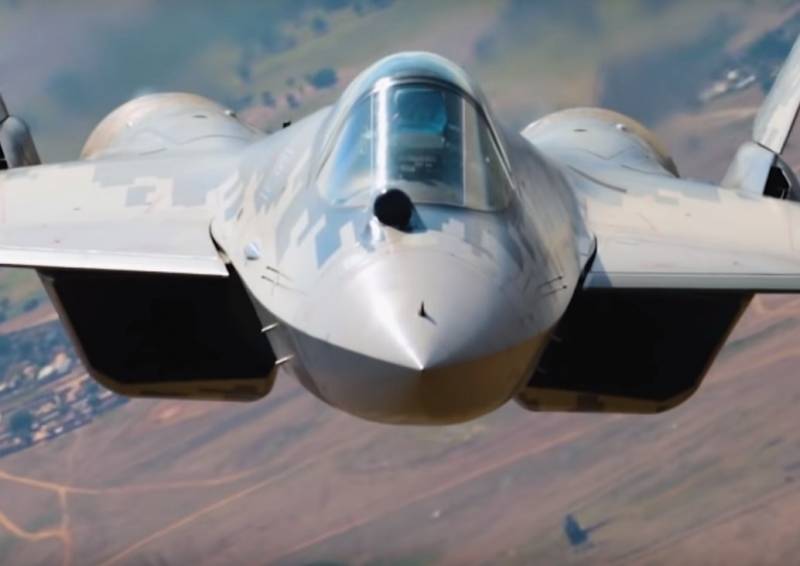 In the global arms market, the latest fifth generation aircraft - the Russian Su-57 and the American F-35 - have already become serious competitors. Both fighters have their pros and cons, with Russian experts emphasizing the superiority of the Su-57, and American - F-35, which is also quite natural.

Not so long ago in the American magazine The National Interest appeared voluminous critical article about the Su-57. Its author assiduously argues that even the deployment of the Su-57 in Syria does not yet indicate that the new Russian aircraft is ready for serial production. The magazine cites aviation expert Tom Cooper, who believes that in Syria, Russia endangered the lives of fighter pilots, since the Su-57 is still a "prototype." But are these words true in relation to the new Russian aircraft?

To begin with, when the Su-57 was being “run-in” in Syria, not a single radar station of the probable enemy was able to detect it. It says something. By the way, the F-35, unlike the Su-57, was detected not only by Russian radar systems, but also by aircraft, which indicates a high degree of visibility of the American fighter.

One of the surest criteria for aircraft reliability is its evaluation by potential buyers. Turkey acquired the Russian S-400 air defense systems, after which the United States banned the delivery of the F-35 fighter to this country. However, they were not afraid in Ankara and stated that they could very well buy Su-57 from Russia, since the aircraft was not inferior to the F-35 in technical specifications, and its cost would be much more profitable.

However, the other day, Recep Erdogan said that Turkey will nevertheless develop its own fifth-generation TF-X aircraft, which, according to the president’s ambitious plans, can be done by 2023. However, the position of Turkish sources regarding the comparison of the Su-57 and F-35 deserves attention. 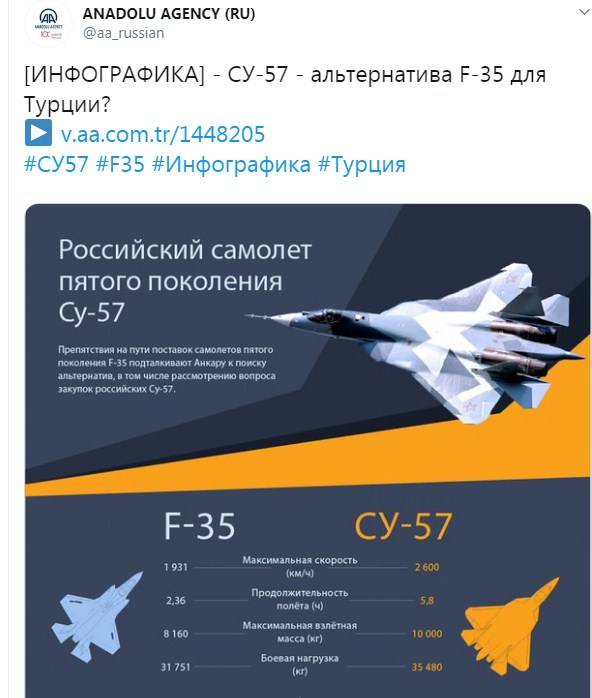 Some experts, speaking about the shortcomings of the Su-57, pay attention to its lower stealth compared to the American F-35 fighter. But. as one of the authors of The National Interest rightly noted, the Su-57 does not prioritize the deep penetration of enemy airspace and ground attacks, so stealth is not a defining characteristic for him. The task of the Su-57 is completely different - the achievement of superiority in the air and the fight against enemy air targets. And in this direction, the Su-57 remains an unsurpassed aircraft, comparing favorably with its American competitor.

In addition, the Su-57 is equipped with radars with an active phased array antenna that control airspace for hundreds of kilometers. The F-35, like the F-22, does not have such a radar, which is also evidence of the superiority of the Russian fighter over the American. 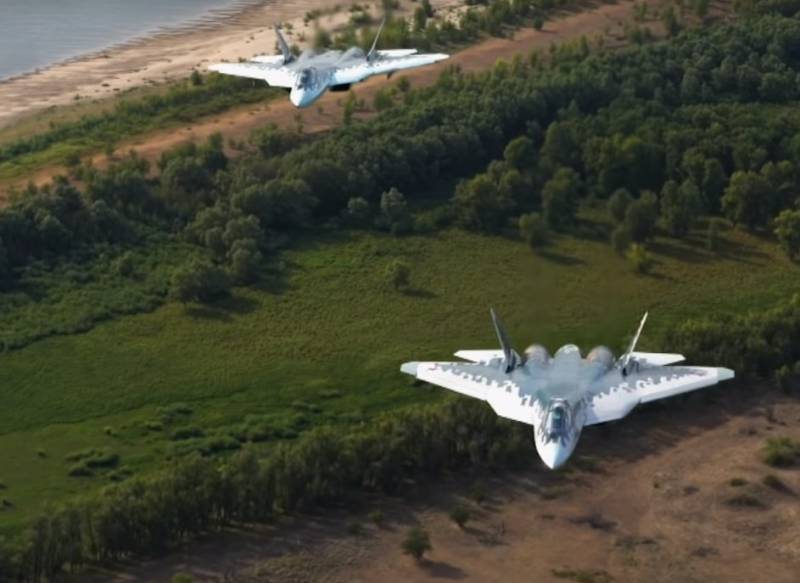 True, the undoubted advantage of the F-35 is its ability to shorten takeoff and landing. This is due to the fact that American designers always focus on the ability to adapt the aircraft to aircraft carrier-based. For Russia, which has the only aircraft carrier (and even that is still under repair), this characteristic of the aircraft is not of particular importance.

Now the most important issue is financing the program for creating the Su-57, making changes after the accident at the end of last year. If the Russian state finds the necessary funds, then the aircraft will go into serial production in the foreseeable future, which means it can be delivered both to the Russian Aerospace Forces and to the world aircraft market.

We are in Yandex Zen
Situational analysis of the death of the MH17 flight (Malaysian Boeing 777), made on the basis of engineering analysis from 15.08.2014
Syria: Americans scare themselves, and Asma Asad buys chairs
Military Reviewin Yandex News
Read Military Reviewin Google News
Loading ...
142 comments
Information
Dear reader, to leave comments on the publication, you must to register.