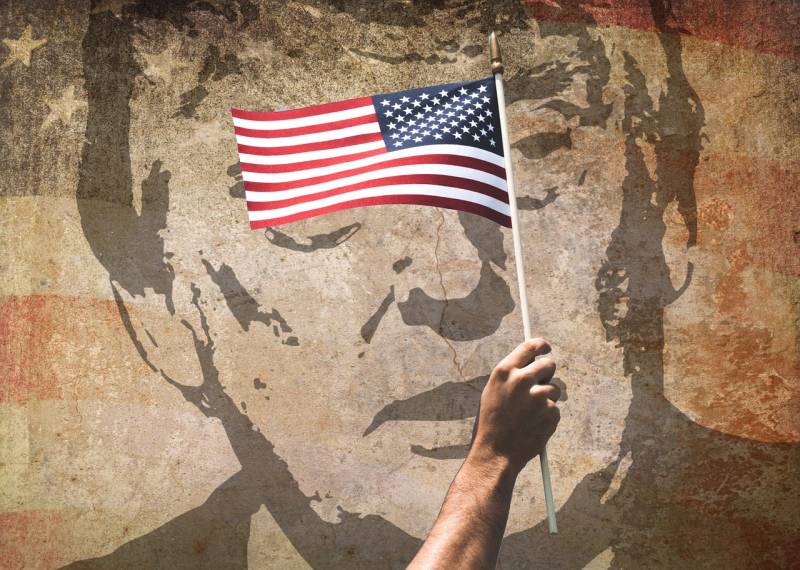 As you know, the Iraqi parliament, after the villainous assassination of General Suleimani, made a decision according to which American troops should leave the country. It is clear that the Americans are not in a hurry to go home, but it is also clear that Iran, through its pro-Iranian proxies and to a large extent the pro-Iranian government, will not give Americans a quiet life in Iraq.

Reluctance to leave from where you have to leave

Among the Iraqi army and security forces, the Shiites are the most combat-ready. Therefore, the stay of Americans in the country may gradually become, as they like to say, “toxic” as much as it was at the peak of the guerrilla war against occupation, when the contingent of Americans and their allies and satellites was an order of magnitude larger. On bayonets, of course, you can sit, but expensive and inconvenient. Thus, we can say that the American Iraqi epic, like the Afghan one, comes to deserved success. In Iraq, in power, and for a long time, the pro-Iranian government, the country is actively strengthening ties with Russia and Syria and China. And in Afghanistan, the Taliban will inevitably come to power. As they say, for which they fought ...

Yes, Trump does not want, unlike Afghanistan and Syria, to leave Iraq. He recently at a meeting in the Pentagon called the war in Afghanistan a “loser war” and criticized the generals for failing to put an end to it. About Syria, he said that "there are Russians, and there is sand and death," and, they say, there is nothing for the Americans to do there, except for the possibility of delivering a single blow to terrorists (such as attacks from UAVs of the type "Reaper" that they are there sometimes applied). Trump said he was looking, looking and continues to search for ways out of both places as quickly as possible. But the generals and various politicians in Washington do not allow him to do this, despite the fact that the army as a whole is strictly for dumping it from the Middle East and forgetting it like a nightmare - no, he did not say this, but that’s how the situation is and it is. But he, you see, "did not make promises to Iraq to leave from there," and believes that if he leaves, then "ISIS [banned in the Russian Federation] may be reborn." Although at one time he was against the Iraq war. But then he began to believe that it was the withdrawal of American troops from Iraq that brought about the powerful “spurt” of the Ishilovites in Iraq and Syria in 2013-2014. Like, if the US troops were enough, this would not have happened. Well, the Americans "fought" with ISIS as a whole coalition - was there any sense? That one was advancing - and advancing further, until the Russians came.

But Trump wants to or not, and sooner or later he will have to leave this oil-rich country.

No less interesting is the question of how much the United States got into an Iraqi adventure. It turns out that there is a more or less accurate answer to it - about 2 trillion pieces of paper with portraits of one prominent American slave owner and his followers. This figure includes $ 838 billion in funding for “Emergency” and “Overseas Contingency Operations” and $ 59 billion spent by the Department of State and USAID (United States Federal Agency for International Development) on Iraq and Syria.

Even if the American administration decided to immediately leave Iraq or were forced out of it, the price of the US military campaign today would be at least $ 1922 billion at the current rate. This figure includes not only the funding allocated by the Pentagon directly to the war, but also the costs of Iraq from the State Department, the care of Iraqi war veterans and the interest on debts incurred to finance the 16-year US military participation in the country. Since 2003, the United States Department of Defense has received about $ 838 billion to finance operations in Iraq until fiscal 2019, inclusive. True, this amount includes (starting in 2014) the money allocated to fight ISIS in the region, including Iraq and Syria.

The Pentagon’s main budget, the funds necessary to maintain the continued operation of the US military machine, has also been “bloated” during the Iraq war. War-related budget increases include increased security at bases, supply and rearmament of units, increased military salaries, and medical expenses for soldiers. Political science professor Nita Crawford of Boston University estimates these costs at nearly $ 800 billion since September 11, 2001, with Iraq at least $ 382 billion in those expenses. This estimate seems to be greatly underestimated, given the duration of the presence and the scale of the force groupings.

Added to this is the approximately $ 59 billion spent by the Department of State and USAID on Iraq and Syria to develop democracy, restore, train and remove unexploded mines, shells and bombs. There is also clearance costs. Plus, the expenses for the “restoration” of Iraq, which is not to say that someone was recovering, were not taken into account, but the interested parties “sawed” money up to about $ 800 billion on this topic. Incidentally, the persons belonged to companies associated with the Bush administration primarily with the creations of Mr. Cheney and Mr. Rumsfeld. With them, spending can exceed 2.5 trillion. dollars, or even reach 2,8 trillion. dollars - different estimates exist.

Meanwhile, about 4,1 million veterans of the "war on terror", as it is called in the United States (or the war of bees with honey, if you like), after September 11, 2001, they receive medical care, disability compensation and other compensations. About half of the costs of these veterans are related to Iraq, and the total amount is approaching $ 200 billion. And there are also interest on loans that were made to pay the costs of the Iraq war - $ 444 billion.

US Defense Ministry spending on Iraq has fallen sharply in the past decade after peaking at around $ 140 billion in 2008. As for the current spending on the “war on terror,” in December 2019, Congress allocated about $ 70 billion under the national defense spending bill in the amount of $ 738 billion.

The Pentagon initially requested about $ 10 billion of this amount for the operation "Enduring Determination" in Iraq and Syria - there are practically no troops there, there are no military operations, the amount is very excessive. In Iraq, local military and pro-Iranian formations (those whose commanders were killed in gratitude) are fighting with ISIS, in Syria - the Syrian army, local police, and pro-Iranian formations. The grouping of troops (forces) of the RF Armed Forces in the SAR and the indicated forces did almost all the work, despite the "help" of the Americans in the form of sticks in wheels and supplies weapons gangsters. The Americans can calmly engage in self-PR, firing off single "amirs" of gangs, of those who knew a lot, with UAV missiles. And gradually withdraw the grouping. But they really do not want to leave Iraq. But it is very likely that due to the aggravation of the situation in Iraq, which the Americans arranged for themselves, budget expenditures will have to be reviewed.

What is good and what is bad

Is it good or not that the Americans have lowered from 2 trillion or more to those who are not needed, except for the “necessary” people in the USA who have made money on oil, “recovering”, military supplies or heroin, the war in Iraq or Afghanistan? Yes, definitely good. After all, they could spend this money on something more reasonable, for example, on maintaining in the proper quantity and quality of their nuclear arsenal or nuclear weapons complex, which now needs to be restored again using many important technologies.

And the result of all these campaigns is one - a practical loss. In Afghanistan, those with whom they fought all these years will come to power. Shiites have been in power in Iraq for a long time, looking into the mouth of the Iranian Rahbar and, in general, Tehran. In Syria, Assad has not “left” for a long time and has outlived almost all those in power who raised the motto for his mandatory departure. But Syria still became the bastion of the main geopolitical rival of the United States in a key region of the world, and the Americans ended up in the Travolta pose from a famous film, not realizing that they had forgotten in this Syria ...

We are in Yandex Zen
Why Trump killed Suleimani and why it matters to us
The assassination of General Suleymani. Is a new war in the Middle East waiting for peace?
20 comments
Information
Dear reader, to leave comments on the publication, you must to register.