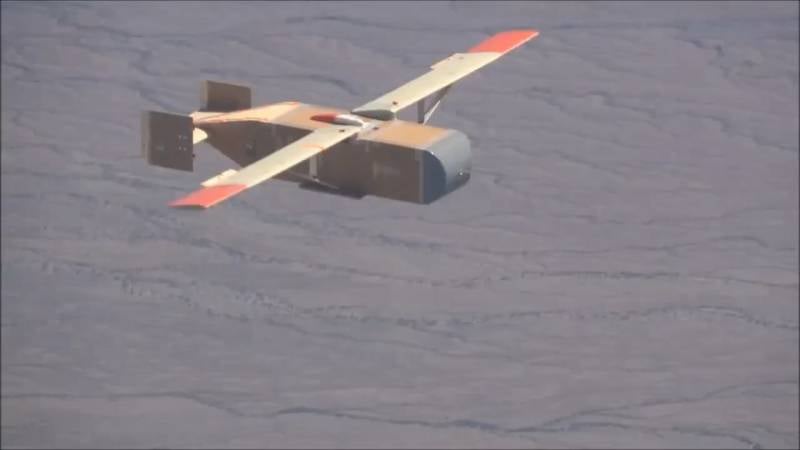 Currently, the U.S. forces use a wide range of different means to supply remote or isolated units. In the near future, existing systems can be supplemented by promising unmanned gliders developed by Logistic Gliders Inc.

In certain situations, supplying troops by air can be difficult. An aerodrome for a transport aircraft may not be in place, and helicopters are vulnerable to enemy air defenses. The same goes for military transport aviationdropping parachute platforms. 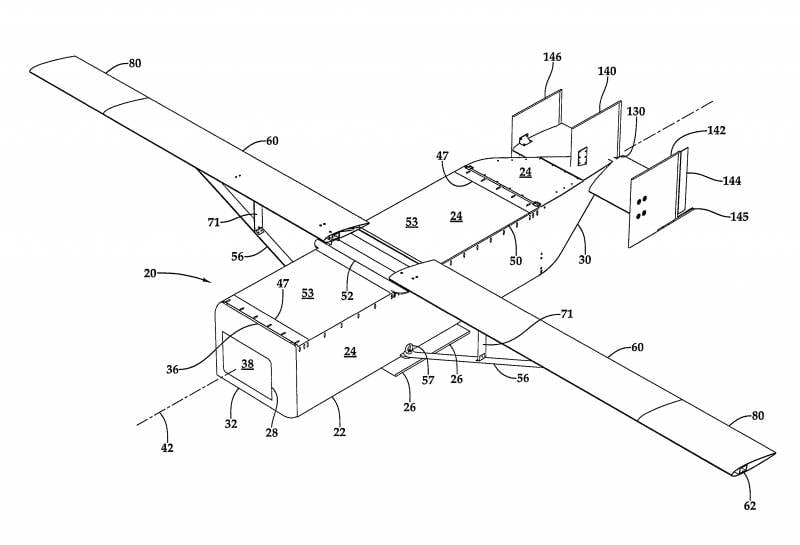 Drone circuit
Given the level of technology development, customers proposed the development of specialized transport UAVs of simplified design. Such a product should carry a load of hundreds of kilograms, be launched by dropping from the regular aircraft KMP and cover tens of miles through the air. Reuse is optional. The cost of the drone is limited to 11 thousand dollars. Ammunition, provisions, medicines, etc. are considered as potential loads.

One of the participants in the program is the Californian company Logistic Gliders. Back in 2018, she patented the original design of an unmanned glider, and so far has put two types of such equipment with different characteristics to testing.

Logistic Gliders company offers the customer two UAV options under the names LG-1K and LG-2K. The first project was developed with the participation of specialists from the Marine Corps Warfighting Laboratory, the second was created in collaboration with DARPA. Moreover, both solutions are based on the same solutions. 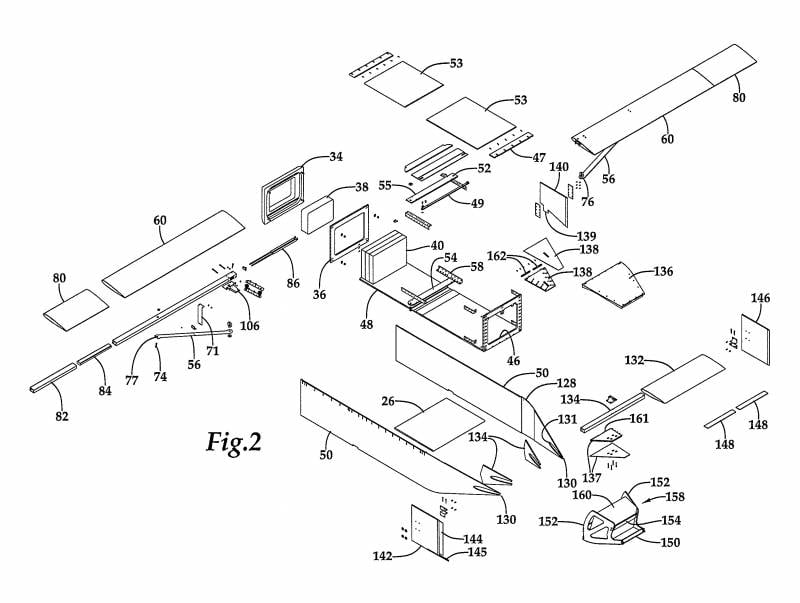 Glider details
Both projects propose the construction of a non-motorized aircraft with a normal aerodynamic design. To reduce the cost of production, most of the parts are made of plywood. For the same purpose, the glider has rough contours. The main part of the fuselage is given under the cargo compartment, and the minimum necessary controls are located in the tail.

The fuselage of the LG-1K and LG-2G gliders is made in the form of a plywood box of a given size. The flat nose fairing acts as a shock absorber when landing. In the central part of the fuselage, a straight wing of great elongation, which is laid out in flight, is attached. During carrier transportation, the planes are located along the fuselage, and when reset, a special mechanism translates them into working position. The tapering tail carries plumage with a stabilizer, keel and a pair of washers. The UAV can be equipped with a landing parachute, but it is located in the cargo compartment and reduces available volumes.

For the delivery of goods to their destination, a fairly simple control system based on available components is responsible. It includes satellite navigation and an autopilot that controls the ailerons and tail surfaces. There are also remote controls that allow the operator to navigate. Telemetry and video from the bow camera are transmitted to the remote control. 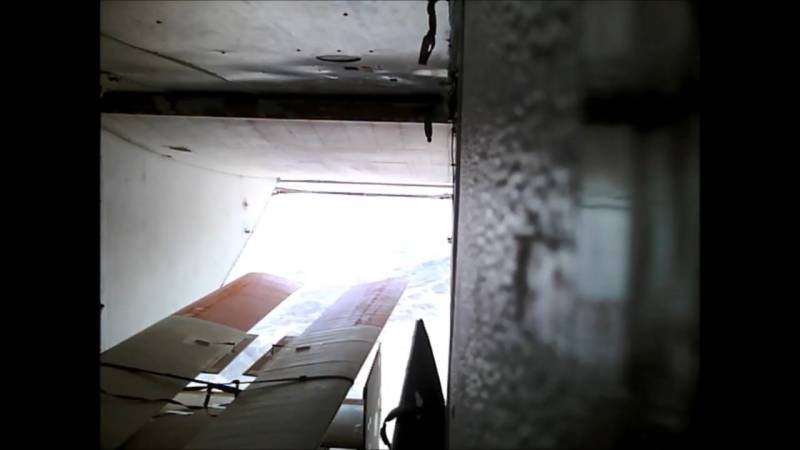 Glider in transport position in carrier cargo compartment
UAV type LG-1K has a length of 3,2 m with a wingspan of 7,1 m. 0,9 kg of payload is placed inside the cargo compartment with a total volume of less than 320 cubic meters. The LG-2K glider is noticeably larger and heavier. Its length reaches 3,9 m, wing span - 8,4 m. 1,2 kg of load are transported in a compartment with a volume of 725 cubic meters. Own mass of a larger apparatus - only 181 kg. During planning, both samples have a speed of not more than 280 km / h. The maximum planning range is 70 miles. Aerodynamic quality - 12.

According to the customer’s conditions, new types of UAVs should be used with a wide range of transport planes, helicopters and tiltrotors KMP and the US Air Force. Depending on the type and characteristics of the carrier, the glider is transported in the cargo compartment or on an external sling.

The way to use gliders is quite simple. The carrier enters the specified area and dumps the UAV in the transport position. After the reset, the glider opens its wings and begins an independent flight to the specified coordinates. There, the drone performs a horizontal landing or releases a landing parachute. After that, the “addressees” can disassemble the glider and take out the delivered cargo. Repeated use is not provided. 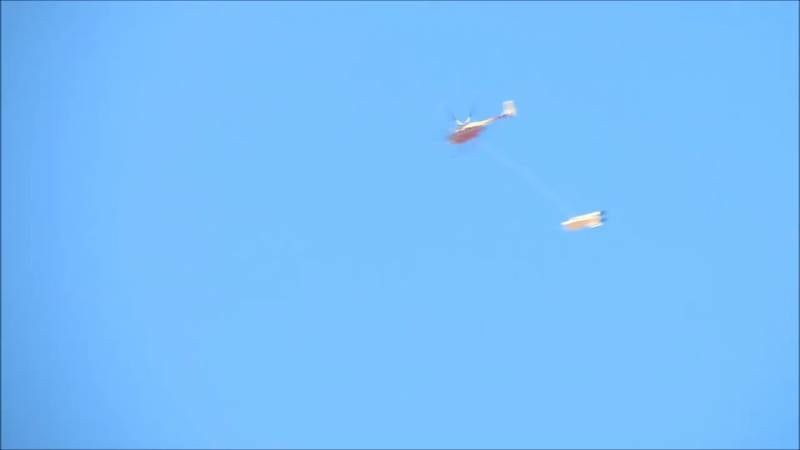 Outboard transport
It is claimed that the LG-1K and LG-2K have a number of important advantages. They are simple and cheap to manufacture, and also fully cope with their tasks. Gliders are compatible with several carriers and are capable of transporting a variety of goods that meet the restrictions of the cargo bay. They also show fairly high flight characteristics and represent an extremely difficult target for enemy air defense.

The TACAD program has already reached prototype testing, and Logistic Gliders' developments have demonstrated some of their capabilities. The first flight tests took place in January last year. Then we conducted several new tests.

In January trials, 12 UAVs of the LG-1K type were used. Half of the gliders started from the external suspension of the aircraft, the rest were dumped by transport aircraft through the aft ramp. 7 flights performed with remote control; others were carried out offline. The first tests did not provide for flights at maximum range, because of which their total duration did not exceed 55 minutes. Nevertheless, it was possible to confirm all the basic characteristics and capabilities of gliders. 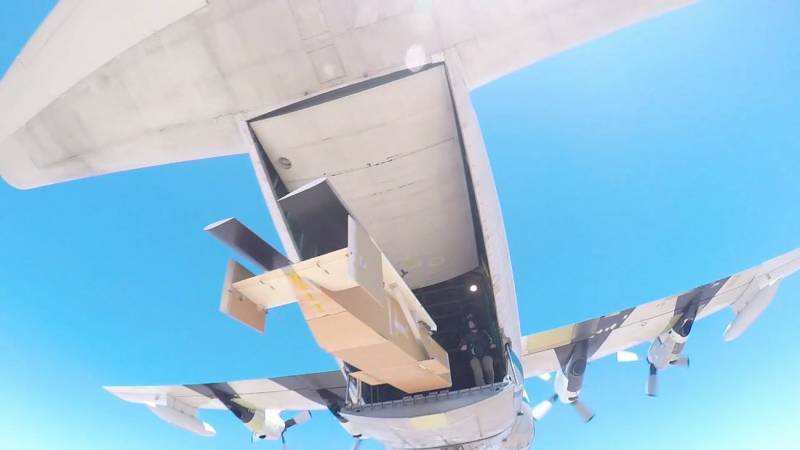 Aircraft reset
Until the end of the year, the ILC, DARPA and Logistic Gliders conducted several more tests using different platforms and in different conditions. In December, it was reported that since the start of the tests, 18 flights have been completed with a total duration of 96 minutes. They used various media, up to the military transport aircraft C-130. 10 flights were performed offline with a demonstration of the required accuracy of launch and landing.

New tests took place in mid-January 2020. Gliders were again discharged from aircraft and helicopters of various types. It is likely that UAVs were improved before these tests, taking into account the experience of previous events.

According to well-known data, the TACAD program is still at the stage of flight testing and refinement of equipment. The real prospects of the presented samples from Logistic Gliders have not yet been determined. Nevertheless, the basic capabilities of such a technique, its scope, advantages and disadvantages are already clear. 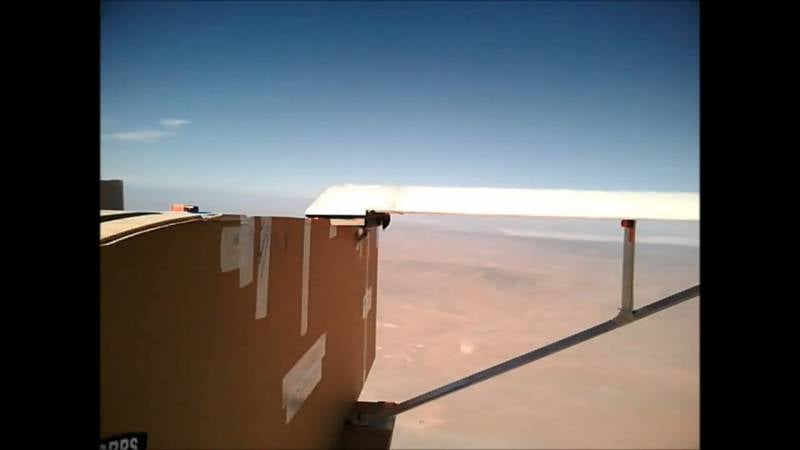 LG-2K in flight. Visible wing and strut design
First of all, the approach to the design of special UAVs is interesting. Fulfilling the customer's requirements in terms of cost, the development company used the simplest and cheapest materials and components. This made it possible to obtain the necessary characteristics and an acceptable resource.

Gliders combine good flight characteristics, acceptable carrying capacity and successful controls with two modes of operation. The flight control method, stand-alone or according to operator’s commands, can be selected depending on various factors.

The developer’s statements about the high stability of the UAV to the enemy’s air defense systems are interesting. A predominantly small-sized wooden glider is difficult to notice and hit. In addition, it is unlikely to become a priority target for anti-aircraft gunners, although it will reduce the risks for its carrier.

In general, Logistic Gliders managed to create an interesting and successful specialized model of equipment for solving specific transportation problems. Tests of the two types of UAV gliders are still ongoing, and the design is being improved. However, the main features of the technology have already been identified and are unlikely to change in the future. 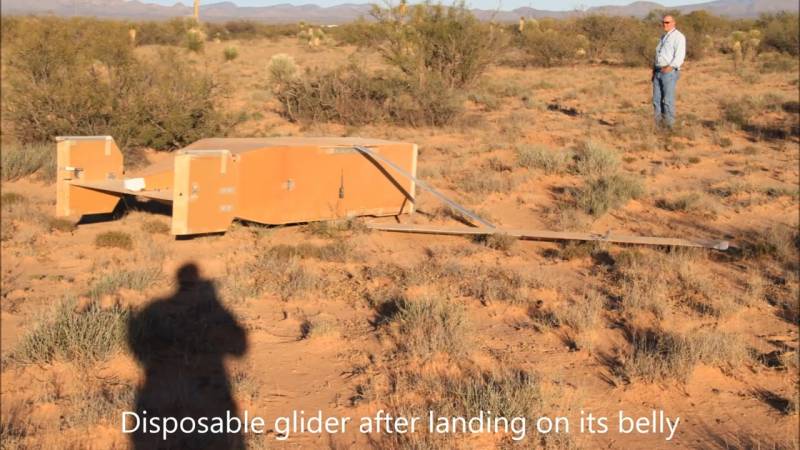 UAV after horizontal landing
It is to be expected that the ILC, the Air Force and DARPA will show greater interest in new models and, possibly, even bring them to adoption. As a result, the US Army will receive a fundamentally new means of logistics that can occupy a characteristic and important niche, reducing risks for other vehicles.

However, drones of new types should not count on a large series and wide distribution. Situations in which they are necessary do not occur too often - and in other conditions, well-developed and familiar forms of air transport can be used. However, this is the case when the presence of a highly specialized tool is better than its absence.

We are in Yandex Zen
An-12 in Afghanistan
MiG-21 in Afghanistan
71 comment
Information
Dear reader, to leave comments on the publication, you must to register.