Estimation of Russian losses from sanctions 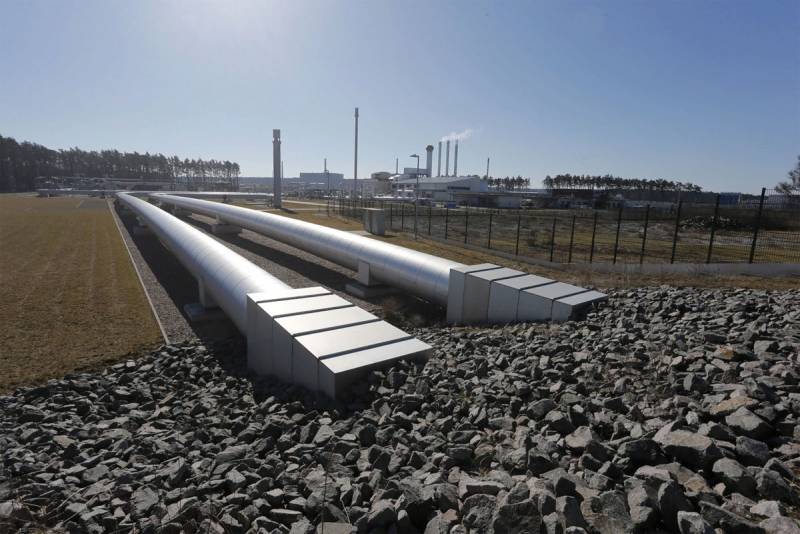 There is an idea that Russia has already adapted to Western economic sanctions. Many people have the impression that these restrictions do not so much interfere with government and business. The occasionally flickering assessment that Russia's damage from sanctions amounted to about 100 billion US dollars, already, it seems, does not shock society. Are sanctions "not so noticeable" in reality?

Pipe at the bottom of the Baltic

At the end of January, the deputy chairman of the board of Gazprom, Elena Burmistrova, at a gas forum in Vienna, said:

The construction of Nord Stream 2 may resume on February 1. This will be done by the Russian pipe layers Fortuna and Defender, whose work in the territorial waters of Denmark is already seemingly coordinated with the authorities of this Scandinavian country.

The deadline indicated in the message has long passed, and the trunk pipe worth 11 billion US dollars still lies at the bottom of the Baltic. Moreover, Gazprom was forced, on conditions not very favorable for itself, to conclude an agreement with Ukraine's Naftagaz on gas transit to Europe, escorting the transaction by paying a previously imposed fine in the amount of almost 3 billion US dollars. These are the consequences of restriction alone on Nord Stream-2.

Another major damage from sanctions is associated with Ukraine. In response to the reunification of Crimea with Russia, the post-Maidan authorities banned the Zorya-Mashproekt Nikolaev company from supplying gas turbines to Russian shipyards.

The ban was very sensitive. At the shipyards of Russia, half a dozen hulls of warships under construction hovered. It took about four years for the Rybinsk NPO Saturn to be able to replace Ukrainian turbines.

As a result, the construction of the ocean frigates of project 22350 moved strongly “to the right”. Now in service only one of them - “Admiral fleet Soviet Union Gorshkov ”, and three frigates of project 1156 remained in the hulls. With great difficulty, the Russian shipbuilders managed to agree on the completion of these frigates for India.

Because of the sanctions, plans to upgrade the Navy fell through. In addition to frigates, the construction of ships of the near sea zone was delayed (for example, missile launchers of the Buyan-M project), Chancellor Merkel tried to stop the delivery of German engines for them.

Many enterprises of the defense complex experienced difficulties with components and assemblies. However, in public space this topic was not particularly discussed due to its delicacy and certain secrecy. In the past year and a half or two, the defense industry has come to life a little. But the problems still remain.

After the so-called sectoral sanctions were introduced by the United States and the European Union in the summer of 2014, the Russian financial system faltered. Investors became worried and began to export capital from Russia in droves.

By the end of the year, approximately 75 billion US dollars flowed from the financial market of Russia to the West. The ruble depreciated by almost 10 percent. Import goods rose even more. President Obama boastfully stated that "Russia's economy is torn to shreds."

This was prompted not only by the collapse of the ruble and the financial market. Serious damage was suffered by Russian corporations and banks. Having borrowed funds in Western markets, they were forced to quickly repay debts.

Banks of Western countries were banned from providing financing for a period of more than 90 days to Russian counterparties that fell under sanctions. Thus, as the London Financial Times wrote, Russian banks and state-owned companies repaid approximately $ 33 billion in foreign loans and borrowings over the year, and private companies and banks - $ 87 billion.

Then the Minister of Finance Anton Siluanov, speaking at the forum of the Financial Academy under the government, for the first time publicly called the official estimate of Russia's losses from "geopolitical sanctions" - about $ 40 billion a year.

So how much has Russia lost due to sanctions?

Siluanov’s assessment was then disputed by many officials and politicians. In August last year, the RBC portal, citing Rosstat data, cited a very ridiculous figure of losses from sanctions - 800 billion rubles in 2011 prices.

This example shows that confusion over the assessment of damage from Western restriction will be a matter of debate for a long time to come. Someone underestimates losses to show the stability of the Russian economy, while others, on the contrary, overestimate, frightening the average man with the politics of the authorities who do not want to make concessions to the West.

Let's look at the estimates of Western experts. At the end of 2018, Bloomberg experts calculated that due to sanctions and related factors (for example, a slowdown in global growth) since 2014, Russia's GDP has been 6% below the possible level.

Given that the nominal value of our GDP, according to the IMF, was then $ 1657 billion, it is easy to determine the possible losses of the Russian economy - about $ 100 billion.

The numbers are impressive. Obvious for everyone: sanctions are by no means a blessing. They hinder the development of the economy and the country as a whole, but you can still adapt to them, for example, by focusing on the domestic market and developing your own industry.

We are in Yandex Zen
Situational analysis of the death of the MH17 flight (Malaysian Boeing 777), made on the basis of engineering analysis from 15.08.2014
Results of the week. "God forbid to see Russian revolt, senseless and merciless!"
91 comment
Information
Dear reader, to leave comments on the publication, you must to register.