US missile defense systems in Poland and Romania: no guarantees for the absence of Tomahawk missiles there 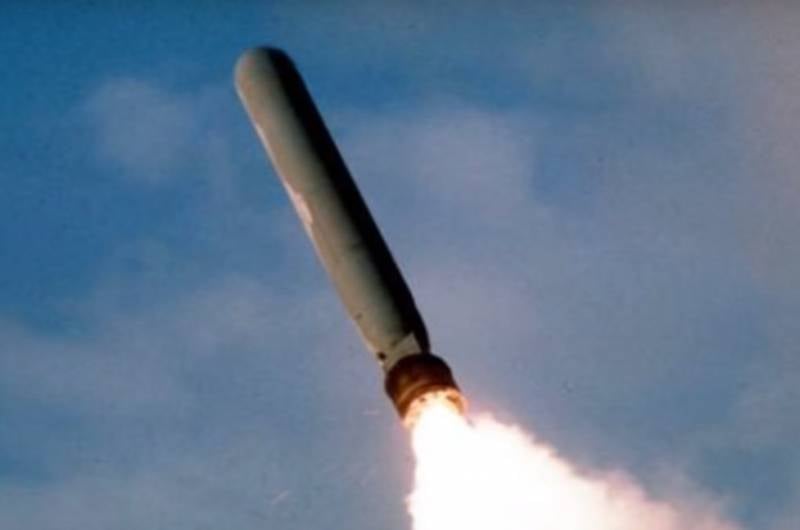 
It is no coincidence that the United States has shown increased interest in Eastern European countries. Both Poland and Romania are located on important strategic directions, allowing to control the north-west of Russia and the Black Sea coast, respectively. Therefore, for the Pentagon, the question of creating military bases with missile defense systems deployed on them was of fundamental importance.

The first military base appeared in the Romanian town of Deveselu, the second is about to be commissioned in the Polish village of Redzikovo. Both bases, according to the assurances of the American military leadership, are purely defensive in nature and are not intended for aggression against Russia. But it is clear that where there are opportunities for deploying missile defense, shock missiles can also be deployed there.

A system for high-altitude transatmospheric interception of medium-range missiles (Terminal High Altitude Area Defense, THAAD) has also been deployed in Devesela. The US military command claims that this is a temporary measure, but it is known that there is nothing more permanent than temporary. 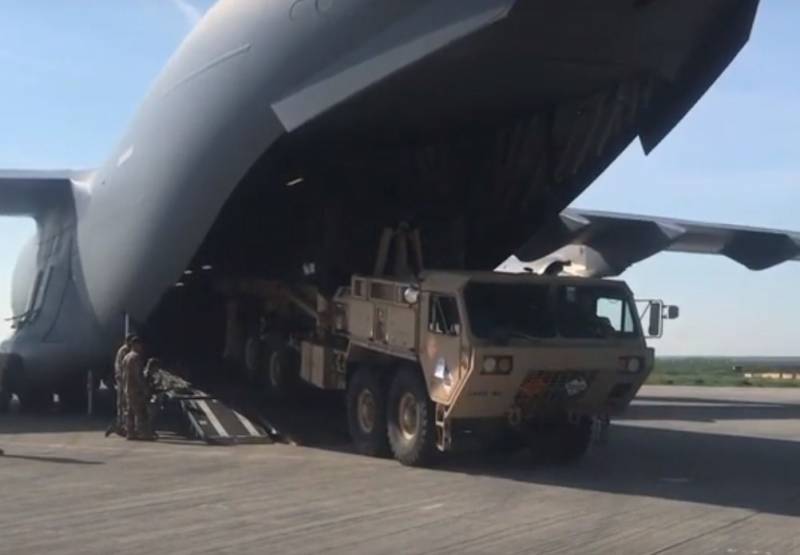 Aegis Ashore missile defense system, designed for 24 Mk41 launchers for SM-3 interceptor missiles, should be deployed in Poland. Exactly the same complex deployed in Romania. If necessary, the Tomahawk cruise missile can be launched from the Mk41 launcher. All you need to do is reinstall the software.

Of course, representatives of the US military command argue that the Tomahawk missiles are not deployed in Poland and Romania. But what prevents them from being brought secretly in containers instead of Standart Missile-3 missiles? Moreover, it is not possible to track the deployment of missiles at military bases in Redzikovo and Deveselu. And taking into account how many American weapons have already been transferred to Poland, where is the guarantee that these weapons did not include the mentioned missiles? There are no such guarantees. But there are no guarantees for the simple reason that the United States withdrew from the INF Treaty, and that no inspections of the Russian Armed Forces in Poland "on the ground" are carried out. Offer to believe "in a gentleman's way" - a word. At the same time, they also suggested believing that NATO would not follow the path of eastward expansion.

It was from the Mk41 launcher on August 18, 2019 that the U.S. tested a medium-range and shorter-range ground-based missile. And this causes a lot of concern in Moscow. After all, shock missiles with a range of 2,5 thousand km pose a direct threat to Russia, albeit in Washington they assure that Polish and Romanian bases are being built supposedly to protect Europe from Iran.

From Redzikovo to Moscow - 1300 km, and to Minsk about 680 km. The distance from the base in Redzikovo to Kaliningrad is generally 180 km. Accordingly, the Americans gain a strategic advantage by deploying missiles at such a close distance from Moscow, St. Petersburg and other major centers of the European part of Russia.

In the event of an armed conflict, both Russia and Belarus will be fired at once from two directions - from Poland and Romania, and this is not taking into account the striking power of 4 American ships with the same Aegis Ashore system deployed in Spain. The US Navy command can always send them to the Baltic and Black Seas, respectively. 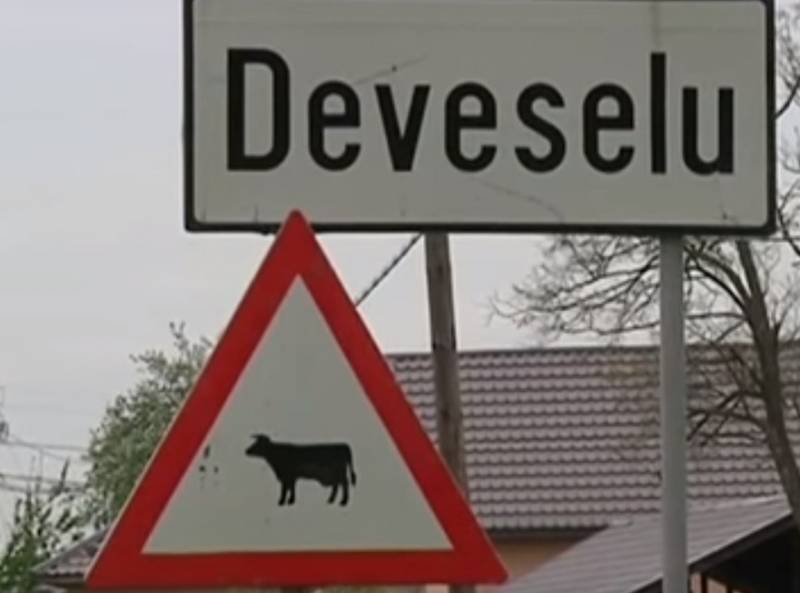 Meanwhile, the conditions for deploying American missiles in Eastern Europe were created back in the 1990s, when NATO's eastward expansion began. At one time, the American leadership deceived Mikhail Gorbachev and his entourage, promising not to expand the North Atlantic Alliance, but in the end, almost all the countries of Eastern Europe and the three countries of the post-Soviet space - Lithuania, Latvia and Estonia - joined the NATO bloc.

In addition, Ukraine, Georgia and partly Moldova are also in the sphere of influence of NATO. Therefore, the United States does not have any formal obstacles to deploying its missiles in Eastern Europe. Moreover, following the bases in Poland and Romania, such objects may appear in the Baltic states, and even in Ukraine, which will become an even greater threat to Russia. 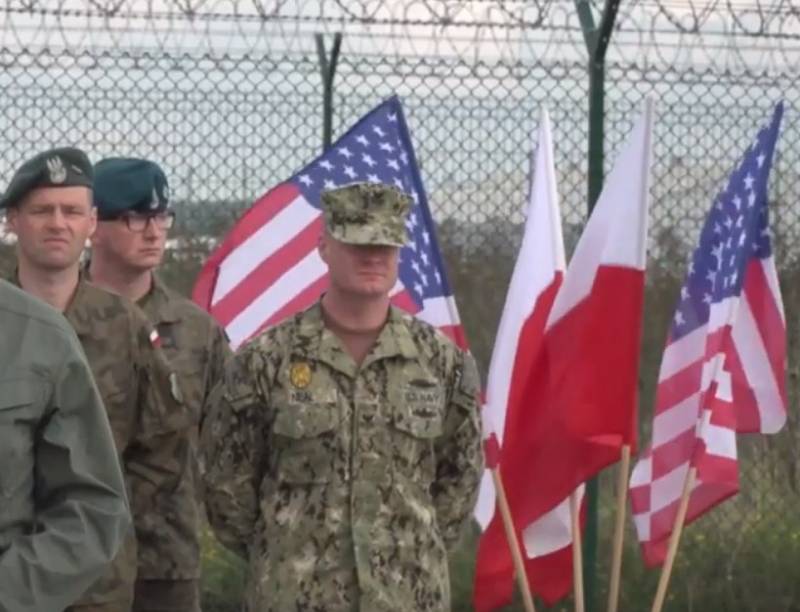 The only thing that remains for Moscow to do in this situation is to build up its defense potential, including by strengthening the missile and air defense systems and developing new types of strike weapons. As for the governments of Poland, Romania, the Baltic states, in fact they are substituting their countries and their citizens, turning their territory into a target for Russian missiles in the event of a real armed conflict between our country and the NATO bloc.

“Caliber” and “Zircon” in Kaliningrad and Crimea could be an excellent response to the further expansion of the network of American military bases in Eastern Europe and “cool” the hotheads of the same Polish and Baltic politicians calling for an increase in NATO's military presence in their territories .

We are in Yandex Zen
American missiles in Poland and Romania are aimed at Russia. How to answer?
Situational analysis of the death of the MH17 flight (Malaysian Boeing 777), made on the basis of engineering analysis from 15.08.2014
43 comments
Information
Dear reader, to leave comments on the publication, you must to register.