We are looking for the positive results of the work of the Medvedev government ... and we find 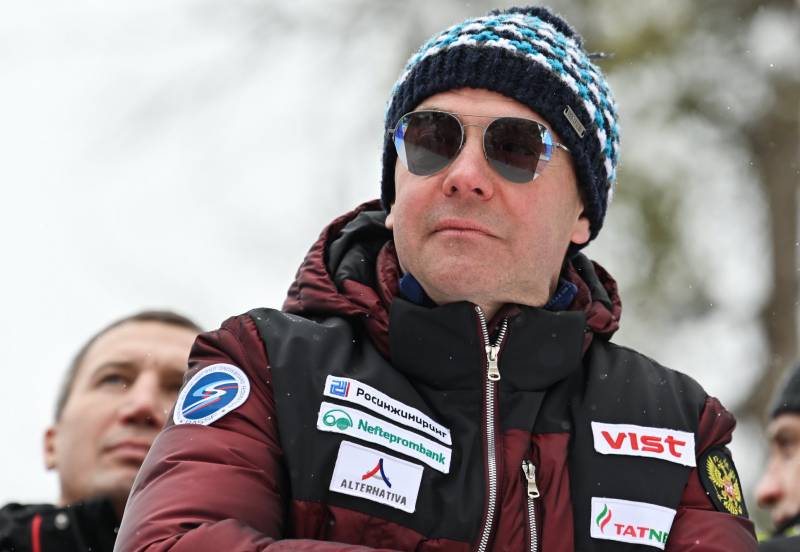 The recent resignation of the government of Dmitry Medvedev caused some euphoria in the active part of society. The unpopular prime minister and his critically-minded ministers left, reviving people's hopes for positive change. In this article we are looking for positive results of the work of the Cabinet of Medvedev.


Following the departing media waved unfriendly. Frozen users of social networks. The search engine went through the hashtag “What reforms of the Medvedev government can be called successful?” The authors themselves answered with mockery - the pension!

Meanwhile, not everything is so simple in this assessment. For many years, opposition economists argued with the government and insisted on increasing the retirement age. They promised big problems with the payment of pensions at the turn of the 2030s due to the demographic pit of the 1990s, if such a decision is not made.

Then the initiators of the innovation suddenly became fierce critics of the government. Even those who, in May 2018, rightly noticed that this time Medvedev’s cabinet has been assigned the “role of kamikaze,” he will leave, implementing reforms that are unpopular in society. And the term was called - in a half to two years.

The experts themselves did not have special priorities in the necessary reforms. Most often called structural reforms. But the topic was slippery. The elite has not decided yet what the new term means: a decrease in the role of the state in the economy, a rejection of strict business administration, an increase in the share of services in GDP, or something else.

The attempt of individual individuals to formulate the meaning of structural reforms brought to mind only confusion like this: "We are talking about economic, political, administrative and other measures, after the introduction of which changes the ratio in the current structure to a more economically beneficial in the long term."

What specific measures? Case Ten. The main thing is to be noted among the initiators of “structural reforms”. It was on such a chatter of problems that Dmitry Medvedev’s office worked in the last cadence, adding to this empty argument and his contribution.

After the resignation, Dmitry Medvedev defended himself as much as he could from criticism. In an interview with the Russia-1 television channel, the ex-prime minister called the main achievement of his government over six years of its work - the preservation of economic stability and low inflation.

It is difficult to argue with this, if you remember that the time was not the easiest - a dramatic drop (more than twice) in world prices for the basis of our exports - hydrocarbons, various sanctions of Western countries, new economic wars ...

Russia emerged from these perturbations. In six years, it managed to increase its gold reserves from 890 to 2270 tons, raise foreign exchange reserves from 360 to 550 billion US dollars, create a National Welfare Fund of almost 7% of GDP, and reduce inflation to a historic low of 2,5% (Medvedev called this figure) in the interview).

Dmitry Medvedev even defended publicly criticized health care reform. He noted, "that in 2007, when the state began to engage in national projects, about 100 thousand high-tech medical operations were performed per year, and now their number has grown to one million."

In almost all regions, perinatal centers and clinics of high-tech medical care appeared. Now, for example, it makes little sense to go to Moscow and St. Petersburg or abroad to have a heart operation. She is capable of specialized medical institutions of regional centers. There is less quota than requests, but there are still changes.

Medvedev paid particular attention to the implementation of the import substitution program. The task really was non-trivial. By the time of the imposition of sanctions, Russia’s dependence on foreign equipment and components was as follows: in machine tool industry - 90%, in civil aircraft industry - 80, in heavy machine building - 70, in equipment for the oil and gas industry - 60, in power equipment - 50%, etc. .

What is the asset of the past government?

Nevertheless, we find positive results of the Medvedev’s Cabinet’s work.

Many issues have already been resolved. In 2019, import substitution projects were implemented at a pace of 15-18 units per month. In December, for example, the Tverskaya company GERS Technology, together with NPP Energia, showed its high-tech equipment for drilling oil and gas wells. The complex they presented will 100% replace foreign (American) drilling technologies in hard to extract oil and gas fields.

In the New Year’s Eve, the Planar Izhevsk company opened the first additive engineering center in Russia to produce contacting devices for testing microcircuits. Roselektronika Holding has developed a specialized minicomputer based on the domestic dual-core processor.

This is only part of the projects implemented only in the last month of the year. As an asset to the government, added agriculture can be added. It not only ensured the country's food security, but also entered the world market and is already competing on equal terms with export revenues with the same Gazprom.

However, these are not global examples. There are others that put Russia in the rank of world giants. These include the creation of our own payment system and banking settlement system, active work to create a Russian navigation satellite system.

Only three countries (Russia, USA, China) and the European Union possess such a "gentlemanly set" in the world. As you can see, over the past few years, Russia has made a significant step forward. Could more be done? Of course. Perhaps a new cabinet will demonstrate its example of "acceleration."

It is clear that while the majority of citizens at the mention of the Medvedev’s Cabinet mostly have negative emotions (primarily due to a number of unpopular reforms), the point here is not even the specific Cabinet, but the social and economic system we live in. And this system for many fellow citizens of the desired socialist, as it turned out, has nothing to do.

We are in Yandex Zen
Raising the retirement age. Forced measure for the development of the economy or a threat to the social order of the country?
Honey and tar Dmitry Medvedev
128 comments
Information
Dear reader, to leave comments on the publication, you must to register.