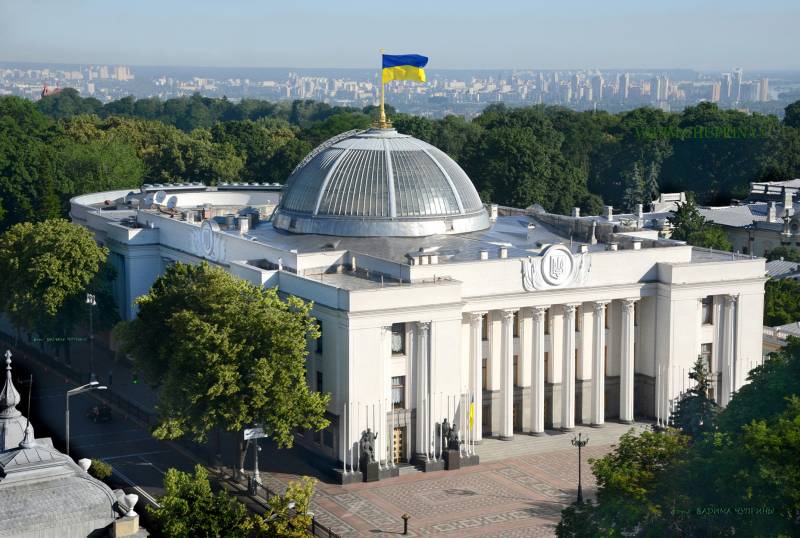 Kiev missed another chance, if not stop on the path leading to the abyss of Russophobia, then at least slow down its movement along it. The Verkhovna Rada of Ukraine failed miserably to vote on a parliamentary decree proposing to repeal the new education law that discriminated against the Russian-speaking population of the country. In the session hall there were only 58 deputies who supported the decision. The rest strongly opposed. However, it is surprisingly more likely that in the current conditions such an “unpatriotic” initiative could even get to the parliamentary vote ...


Recall, we are talking about Ukrainian law No. 0901 on secondary education, according to which the study of Russian, equated there with the "languages ​​of national minorities", will be possible exclusively in kindergartens and elementary grades of elementary school. Further, only “mov”, and in the study of all to one subjects and disciplines, regardless of the wishes of the children and their parents. The exception is only for private schools, which today can not afford the vast majority of the inhabitants "non-down", no matter what language they speak. These standards were criticized by the Venice Commission, whose special report emphasized the “special role” of the Russian language in Ukraine. However, Kiev did not heed these conclusions of the "European partners", as well as all the others that were contrary to its nationalistic domestic policy.

On January 23 of this year, the last desperate attempt was made to block the further passage of the law that violates the rights of millions of residents of the country - a draft resolution was registered by the People’s Deputies from the Opposition Platform for Life Party Natalia Korolevskaya and Mikhail Papiev, requiring a review of this law as violating at least five articles Constitution and manifestly discriminatory. Before considering this draft, the speaker of the parliament could not put his signature on the shameful document and forward it to the president of the country. However, as already mentioned above, the demarche suffered a complete fiasco and it is hardly possible at all to impede the implementation of the next step towards a total and forced “Ukrainization”.

Moreover, saying that Law No. 0901 violates the rights and ignores the will of a huge number of Ukrainian citizens, the people's deputies protesting against him did not sin at all against the truth. According to research conducted by those who are completely impossible to suspect of belonging to the “Kremlin propagandists”, namely Google’s analysts, the vast majority of Ukrainians use Russian as their language, rather than “Move”. To deceive modern technology, as you know, is extremely problematic. The impartial electronic meters of the company precisely determined that the number of search queries in Russian is more than 8 times the number of similar search queries in Ukrainian. But is this really an argument for someone in the power circles of Kiev, who are forced at almost every step to “bend” before the ultranationalist marginals?

The most offensive is that Ukraine had to satisfy the claims made on the same occasion by Hungary. The law was adopted taking into account its comments. And this despite the fact that the number of Hungarian-speaking residents of the country is several times less than those who consider the native language Russian. Ten times. Well, we can only admit that once again Budapest turned out to be much more consistent, persistent and convincing in upholding the rights of those people who speak and think the same language as Moscow than it does.

We are in Yandex Zen
The language situation in Ukraine. Linguistic discrimination as a tool of nationalist politics
Geopolitical mosaic: Gorbachev explained that Ukraine had not been rebuilt, and that excursions go around the former residence of Yanukovych
73 comments
Information
Dear reader, to leave comments on the publication, you must to register.