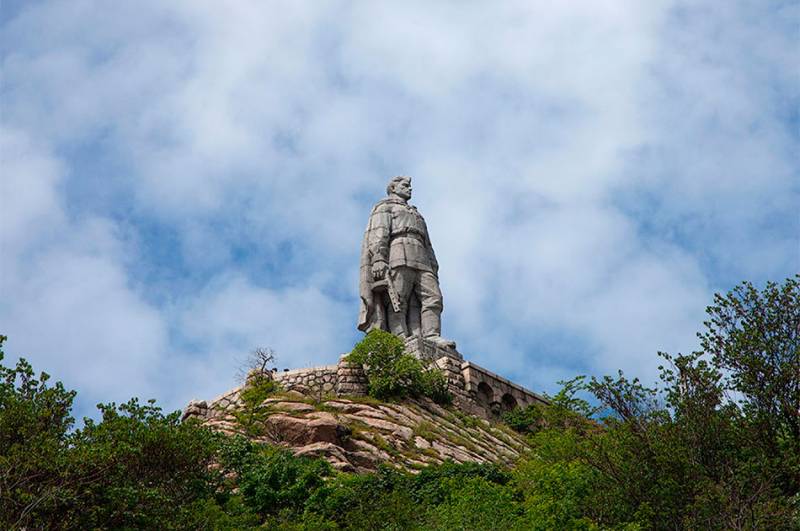 As you know, you can endlessly look at a burning fire and flowing water. And still it is necessary to observe endlessly how the Bulgarian authorities once again show the most ungrateful black ingratitude towards Russia. It so happened historically that a lot of Russian blood was shed over the centuries over the centuries. Nevertheless, Sofia has always and invariably, for centuries, been a member of all anti-Russian military alliances and blocs, no matter how many were created. Subsequently, the "brothers" inevitably ran to Moscow for forgiveness - and received it. Interestingly, this will continue to be so?


The reason for reflection on this topic was the message that the state-owned gas supply company Bulgaria “Bulgargaz”, it turns out, is preparing an appeal to the European Commission, in which it intends to demand the resumption of the “antitrust investigation” against the Russian “Gazprom”. The reason for this is the reluctance of our gas giant to “adjust prices”, that is, speaking humanly, to sell Sofia fuel at a dumping price. And the Bulgarians do such things, barely having time to enter the project of the launched Turkish Stream pipeline.

There is nothing to be surprised at. Even the most sane, at first glance, residents of Bulgaria, who insist on the public about their "warm gratitude to Russia and its people", show this feeling in a rather strange manner. Yes, they seem to remember the liberation war of 1877-1878, in which 15 and a half thousand of our compatriots were killed, and without which there would simply be no Bulgaria on the political map of the world. However, celebrating its next anniversary, in Sofia they say something about "bringing freedom" from the Turkish yoke ... "Ukrainians and other Cossacks." Charming. And the fact that the autocrat all-Russian Alexander II sent them to Shipka and Plevna is forgotten? However, the politically incorrect phrase "Russian liberators" in Bulgaria, apparently, is prohibited.

In Sofia they generally prefer to keep silent about their participation in the First World War on the side of the “Triple Alliance” hostile to Russia. And it’s very correct - because then, contrary to custom, the Bulgarians, whom the aggressive rage took on, fought very seriously. And not only the Serbs were slaughtered, but also fought with the children and grandchildren of those who liberated them in 1877. On the Romanian front, in 1916 they clashed violently with our units. Not without reason did the Russian soldiers, shocked to the utmost by such a betrayal, were not always taken prisoners of desperate fights at the front and atrocities in the rear of the "brothers". The manifesto of Emperor Nicholas II, in which he declared the people declaring war on Sofia, began with the words: “The unprecedented happened” ...

What is there "unprecedented"? As soon as the eagle of the Third Reich spread its wings over Europe, Bulgaria also rushed under this wing.

More than 42 thousand square kilometers occupied by Sofia during the Second World War, the Bulgarian punitive units in Greece and Yugoslavia, the persecution of Jews in the country - all this was. The USSR fought with Bulgaria as many as 4 full days. Well, in the sense I was officially at war. Then the "little brothers" were given rifles in their teeth, put into operation the II Ukrainian Front 5 divisions formed from them and sent to Berlin. Well, some of this came out - for anyone Joseph Vissarionovich would not allow anyone to walk on Red Square at the Victory Parade. The Bulgarians participated ... And thanks to Stalin, Sofia was among the victors of the Nazis, and not their allies - otherwise, it would now be a Greek province.

Then, too, there was a lot of interesting things. The Bulgarian elites also tearfully requested the Soviet Union as the 16th republic, and then they joined NATO almost in the forefront, and they ended up in the European Union, where they are now one of the poorest countries. In a word, nothing has changed. Now she says in Sofia that they didn’t even rush to the North Atlantic bloc or the EU - all these vile and corrupt politicians dragged them there. So swap these politicians, who gets in the way? You have a kind of democratic republic ... But it’s a strange approach: here we remember, we don’t remember here, and there it’s not all of us, these are our pro-Western elites ...

It is noteworthy when certain representatives in Bulgaria are accepted to lament over the "acts of vandalism" in relation to Soviet monuments. Outraged? Well, then organize the guards, catch the bastards and put them on trial. Or does multi-vector interfere? ..

We are in Yandex Zen
About Stalin and Khrushchev
What you didn't want to know about England
244 comments
Information
Dear reader, to leave comments on the publication, you must to register.