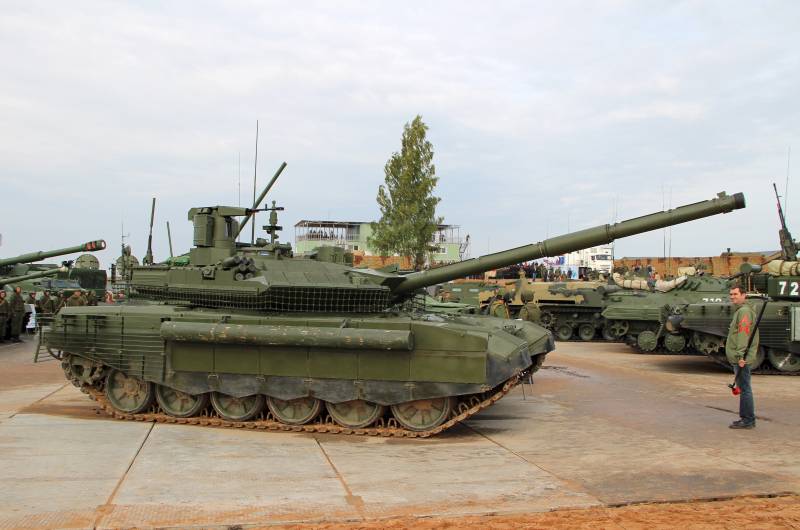 In accordance with the previously announced plans, the promising main battle tank T-90M "Breakthrough" completed the passage of state tests. Now the Ministry of Defense will have to analyze their results and carry out several organizational procedures, after which deliveries of serial equipment for combat units will begin.

The start of state testing of the T-90M became known several months ago. Subsequently, officials confirmed this information and clarified the timing of the necessary events. So, at the end of November last year, the commander in chief of the army, Army General Oleg Salyukov said that in the near future the state tests of several new models of equipment will be completed - including MBT T-90M. After that, mass production starts.

In late December, Deputy Minister of Defense Aleksey Krivoruchko called a more accurate date. It was planned to complete the state tests of the Breakthrough before the end of the month. According to the test results, the Ministry of Defense will have to decide on the adoption of tank into service and the launch of mass production.

February 5 RIA "News"With reference to a representative of NPK Uralvagonzavod announced the completion of state tests of the T-90M. The tank successfully completed the checks, which opens the way for him to the troops. Now his further fate depends on the customer in the person of the Ministry of Defense. It should conduct an analysis of the test results, and then carry out the acceptance into service and start the series.

It should be noted that contracts for the serial production of T-90M tanks already exist - they appeared long before the completion of state tests and the official adoption of equipment for service. In addition, the command noted that the supply of tanks had already begun. 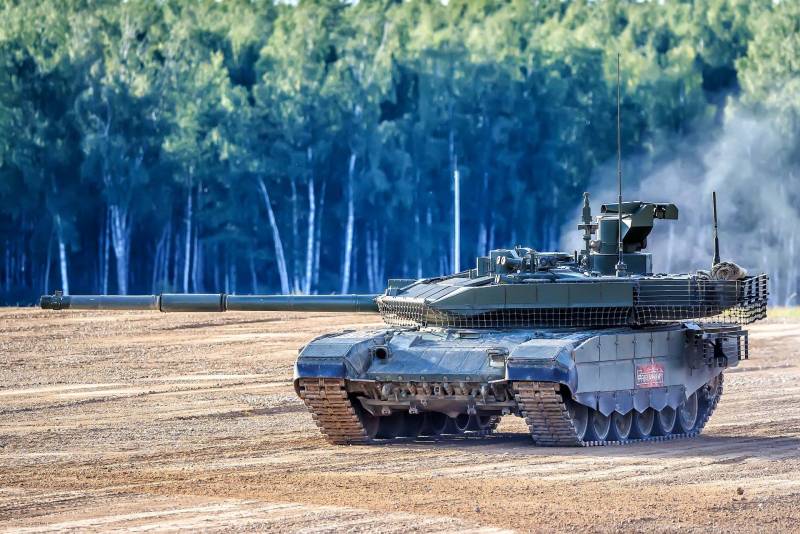 The Ministry of Defense and NPK UVZ signed the first contract for the supply of T-90M tanks at the Army 2017 forum. This document provided for the production of 30 tanks of the new model - both built from scratch, and rebuilt from the existing T-90A. Deliveries were supposed to begin in 2018, but subsequently their start was postponed to 2019.

A year later, at the Army-2018 forum, another agreement was concluded. From unofficial sources then it became known that the contract again provides for the supply of 30 tanks, but now we are only talking about new-built vehicles.

Army 2019 has again become a platform for signing contracts for the supply of equipment. NPK UVZ received several large orders, including for the construction and modernization of tanks to the level of T-90M. In the relevant media it was reported that the new contract provides for the manufacture of hundreds of tanks with delivery over the next few years.

Thus, to date, about 160 MBT T-90M MBTs have been contracted, both new buildings and those intended for rework from existing equipment. Part of the ordered tanks is already ready. So, in early October, the commander in chief of the ground forces, General Salyukov, said that the army received the first “Breakthroughs." In parallel, other domestic MBTs are being developed. 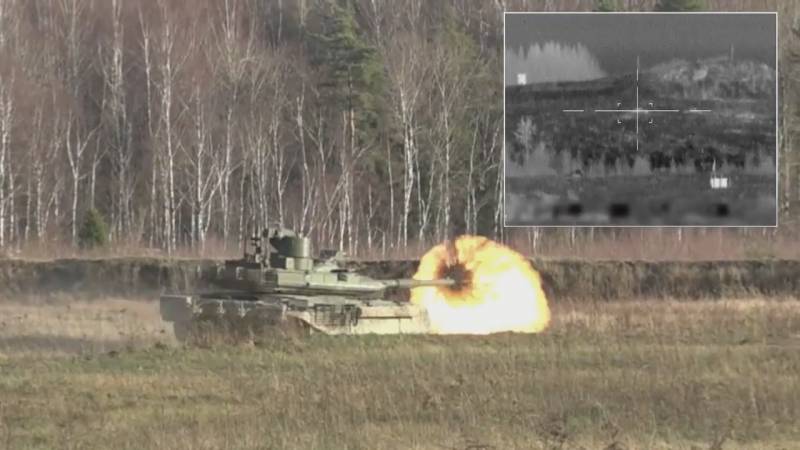 The Ministry of Defense has to carry out the necessary procedures for the adoption of a new tank for service. By the time they are completed and the corresponding orders appear in the troops, there will already be a certain number of tanks of a new type. In addition, the industry has already mastered the production of the T-90M from scratch and the restructuring of the equipment of previous modifications - this will allow to obtain the desired rate of supply of tanks to the troops and carry out re-equipment in the required time.

The main goal of the T-90M project is to carry out a deep modernization of part of the OBT T-90 / T-90A fleet and to supplement these machines with new production equipment. Due to the use of modern components and assemblies, the T-90M Breakthrough tank surpasses its predecessors in all the main tactical and technical characteristics, which should have a positive effect on the overall performance of the ground forces.

According to open domestic and foreign sources, at present, there are approx. 350 tanks T-90 (A). Another approx. 200 cars are in storage. In accordance with existing contracts, the army will receive 160 tanks of the latest modification with improved characteristics. Of these tanks, stipulated by three contracts, only a few dozen will be rebuilt. The vast majority of equipment is planned to be rebuilt from existing MBT. 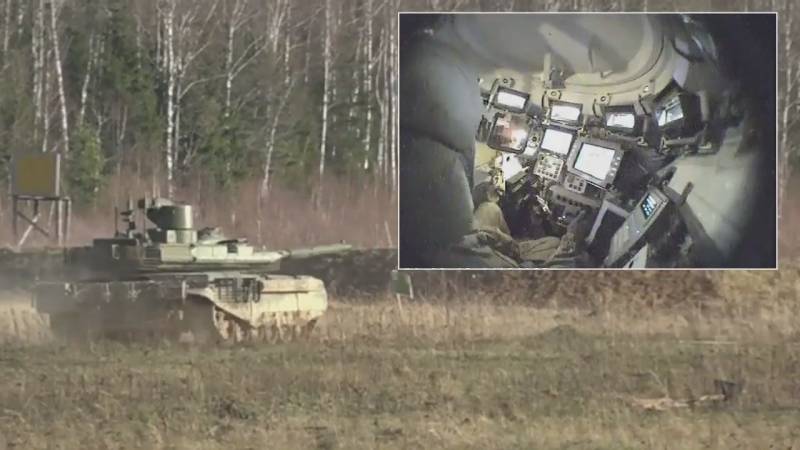 The Ministry of Defense has not yet specified plans of this kind. The number of tanks of the T-90 family and the share of various modifications after current orders are still unknown. Perhaps this issue will be clarified in the future.

The T-90M project provides for the comprehensive modernization of the existing tank with the upgrade of all major systems and a corresponding increase in performance and capabilities. At the same time, a high degree of unification remains, simplifying operation.

The issues of increasing combat stability and survivability were resolved by using additional protective equipment. Own armor of the hull and turret is supplemented by dynamic Relic type protection and trellised screens. The possibility of installing a complex of active protection is being considered.

Internal volumes are rearranged taking into account possible threats and risk reduction. Inhabited compartments received anti-fragmentation lining, protecting the crew and equipment from the secondary stream of fragments. Part of the ammunition is removed from the fighting compartment in the aft niche of the tower. Comfortable crew working conditions are provided by air conditioning and a heater. 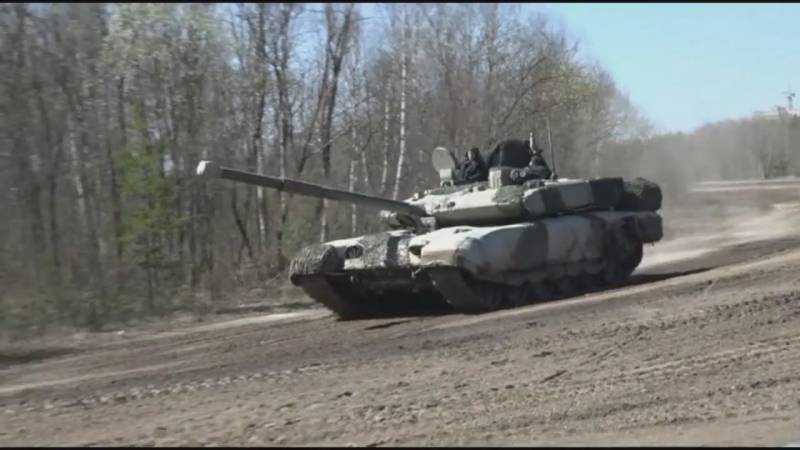 The standard 2A46 cannon can be replaced with a 2A82-1M gun with enhanced combat characteristics. A thorough modernization of the fire control system, which meets modern requirements, has been carried out. Now all the processes of preparation for the shot are carried out only by digital equipment. A DUBM with a large-caliber machine gun is installed on the tower, which allows firing without leaving the protected volume.

The effectiveness of combat work is significantly increased due to the inclusion of the tank in a single tactical management system. The corresponding devices for the Breakthrough were developed by the Constellation concern. With their help, the tank can exchange data on the situation on the battlefield, receive target designation, etc.

Tanks of the future

According to various estimates, as a result of such modernization, the combat qualities and potential of the tank grow significantly. Accordingly, the mass production and development of advanced technology will most noticeably affect the combat effectiveness of the ground forces. 150-160 tanks with modern equipment and weapons quite capable of becoming a serious force.

However, not only the improved T-90M tank is of great importance to the army. For quite some time, modernized T-72B3s have been delivered in large quantities, and the promising T-14 is also expected to be adopted. Thus, the T-90M, not yet adopted for service, is an element of a major program of modernization of the fleet of armored vehicles. And the completion of his tests becomes a major event in the framework of this program.

We are in Yandex Zen
T-90M: a fast past and a great future
Modernization of MBT with the aim of increasing their combat effectiveness in urban environments
66 comments
Information
Dear reader, to leave comments on the publication, you must to register.