Chinese experts: In India, when developing an AMCA fighter, they decided to copy the Chinese J-31 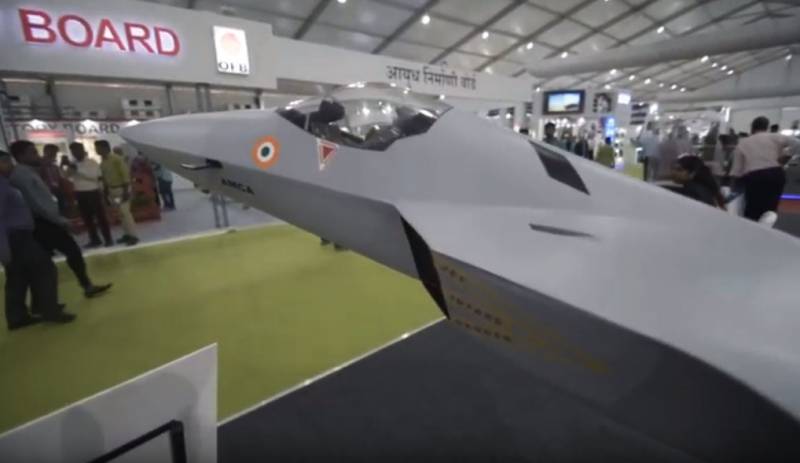 Chinese military experts, characterizing the model of the Indian fighter of the 5th generation of the AMCA project presented at the exhibition, express, to put it mildly, not the most positive words about the Indian program.


The military information portal SINA writes that Indian developers decided to copy the layout of the Chinese J-31 fighter. This fighter continues to undergo a series of tests in China. The PLA command plans to turn the J-31 into a carrier-based fighter.

The Indians clearly borrow the idea from the developers of the J-31. At the same time, it becomes more noticeable. If initially in India they tried to use the design of the fifth-generation American fighter F-22, now they decided to switch to Chinese development. The AMCA program, at least externally - at the glider and layout levels, is changing the concept.
In the Chinese expert environment, it is noted that the AMCA project switched to a flatter nose, elongated front ends of the air intakes (initially, it can be seen from the photo, the air intakes were different) and other components inherent in a Chinese-made fighter.

At the same time, the material says that what the Indian plane of the fifth generation will turn out to be and when it can be seen in the sky, the Indians themselves do not know yet.
Ctrl Enter

We are in Yandex Zen
Yuri Drozdov: Russia prepared the role of the sacrificial calf
December 2010 years. Russian March. Senseless and merciless? Notes not a Russian person
45 comments
Information
Dear reader, to leave comments on the publication, you must to register.