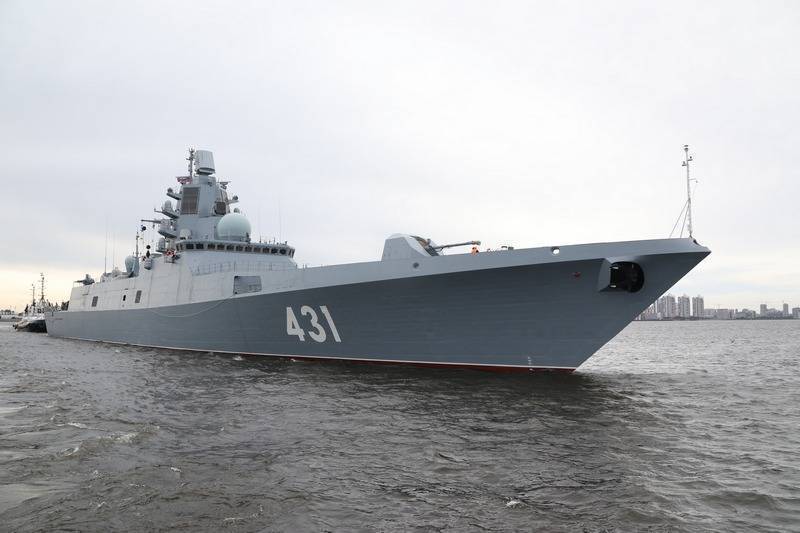 
The first frigate of project 22350 Admiral Golovko with an all-Russian power plant will be launched this summer. This was reported by TASS with reference to the CEO of Severnaya Verf shipyard Igor Ponomarev.

According to the publication, a completely Russian power plant will be installed on the frigate under construction, in which Ukrainian components will not be used. Currently, the new engine has already been manufactured and delivered to the enterprise for installation on the ship.

The gas turbine engine for the Admiral Golovko frigate was manufactured and delivered to the Severnaya Verf shipyard. PJSC Zvezda is currently testing the gearbox, the results of which will test the entire power unit of the ship - gas turbine and diesel engines and gearbox
- stated in the United Engine Corporation (UEC)

Recall that on the main and first production frigates of project 22350 - Admiral Gorshkov and Admiral Kasatonov - Russian-made diesel engines are installed, but gas-turbine units (GTU) manufactured by the Ukrainian company Zorya-Mashproekt are used as afterburners. At the "Admiral Golovko" will be installed domestic analogue of the Ukrainian gas turbine.

We are in Yandex Zen
JDC: tests of new marine engines will be completed by the end of the year
The Northern Shipyard in May will launch the third serial Corvette of the 20380 project "Resistant"
152 comments
Information
Dear reader, to leave comments on the publication, you must to register.