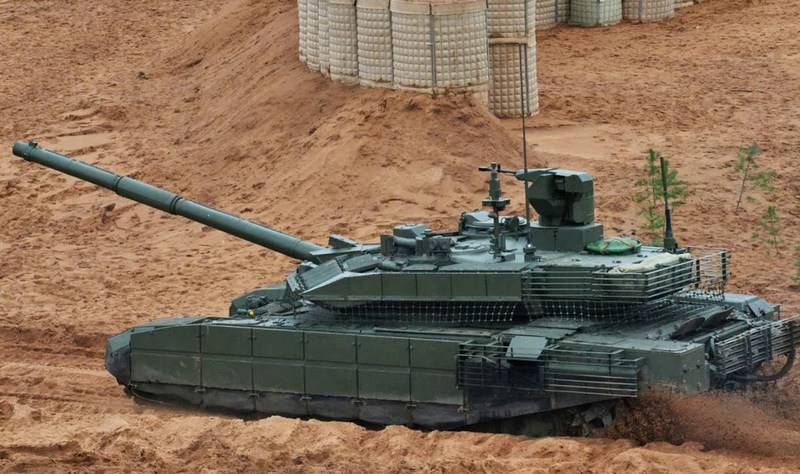 State tests of the latest Russian tank The T-90M "Breakthrough" was successfully completed, the timing and volume of serial deliveries of tanks to the troops will be determined by the Ministry of Defense. This was announced by the official representative of Uralvagonzavod.


According to the representative of "UVZ", the state tests of the T-90M tank were successfully completed, contracts for the supply of an experimental batch to the troops were signed at the Army-2019 military-technical forum, the contract is currently being implemented, the vehicles will enter the troops on a predetermined date .

Recall that the military department at the end of June 2019 entered into a state contract with UVZ for a major overhaul with the modernization of the T-90A tanks, bringing the T-90M to a view. At the same time, the UVZ did not name the number of tanks that will undergo major repairs, although earlier plans were announced to modernize at least 400 T-90 tanks already in the troops to the T-90M level. The first batch of arming T-90M can be at least a battalion set.

In November last year, Major General Sergei Bibik, head of the main armored directorate of the Russian Ministry of Defense, said in an interview with the Krasnaya Zvezda newspaper that funds had already been allocated for the purchase of T-90M tanks, and the delivery of serial vehicles was expected in 2020.

We are in Yandex Zen
The Ministry of Defense spoke about plans for the supply of T-90M tanks to the troops
UVZ received a contract for the modernization of T-90A tanks to the level of T-90М
83 comments
Information
Dear reader, to leave comments on the publication, you must to register.