What is allowed to the Central Bank, or Is it far from the rate to resignation 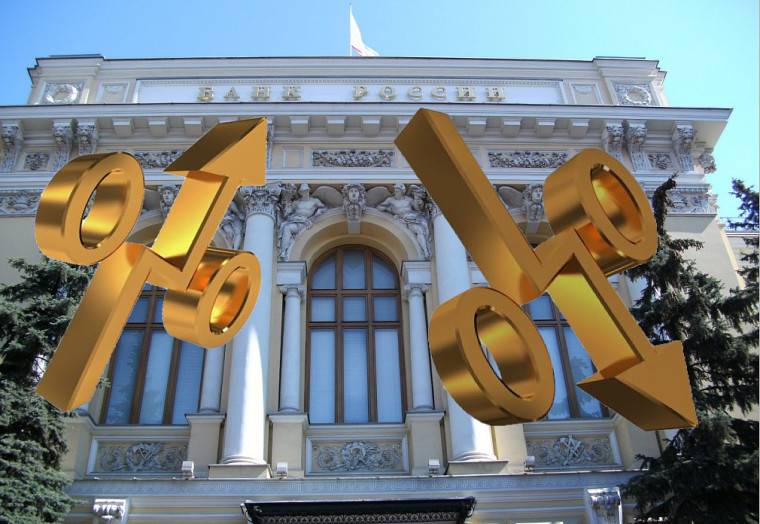 The whole question is whether the heads of the Ministry of Finance, the Ministry of Economy, the Bank of Russia themselves, as well as the profile deputy prime ministers themselves know what course they should adhere to. Declarations are declarations, but in fact it is a matter of the fact that the real struggle against poverty and inequality, as well as for social justice, is replaced by these very declarations.

Do not bet, gentlemen

On February 7, the Bank of Russia must make a decision: the key rate will remain at the level of 6,25 percent per annum or it can be further reduced a little. But both in the government and the Bank of Russia at the moment they seem to prefer not to remember the key rate at all, acting on the principle: there will be a team, we will lower it; will not - leave at around 6,25 percent. 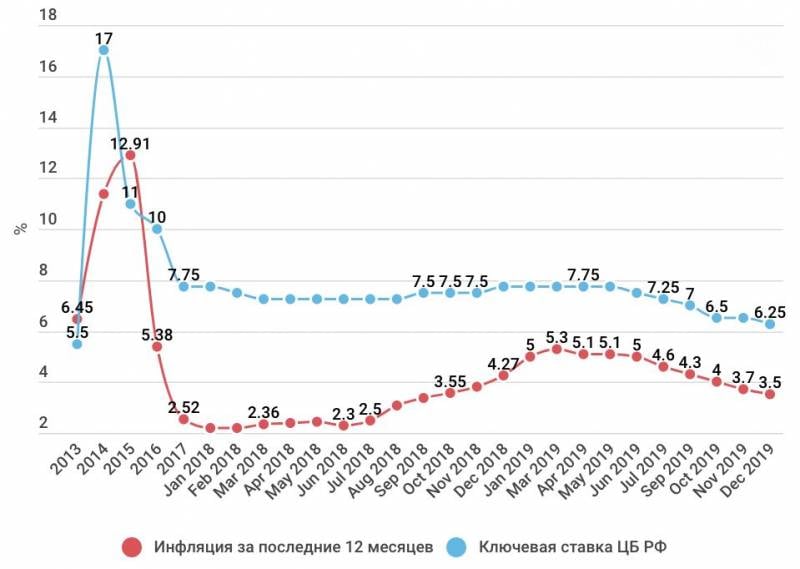 The gap between inflation and the key rate of the Central Bank is reduced too slowly
And few people are embarrassed by the fact that with inflation, which is official, let’s say, already decreasing by 3 percent, such a rate, even if immediately reduced by half a percent, is, in fact, prohibitive. So, the new First Deputy Prime Minister Andrei Belousov, while still serving as presidential aide, made it clear that one should be extremely careful in relations with the Central Bank itself and its rate.

Commenting on her fifth decline, to just 6,25 percent, which happened on December 13 of last year, he reasoned:

“Reducing the key rate requires increased coordination, and daily coordination within the monetary authorities, that is, between the Central Bank and the Ministry of Finance with budget expenditures, with balances in treasury accounts, using these accounts and so on.”
And let someone say that this is not the apparatchik’s speech, but the husband’s. The final passage “and so on” is especially impressive. It seems that the cheat sheet is over or the sheet should have been turned over. Now, too much emphasis on bank rates can completely hinder our high-ranking bureaucrats from the point of view of opportunities to balance in the notorious system of checks and balances.

However, professionals who were actually squeezed out of the real economy into the academic economy do not cease to worry about what the new monetary policy will become. So, the former Deputy Chairman of the Bank of Russia Oleg Vyugin, I must admit, a very moderate liberal from the economy, and now a professor at the Higher School of Economics, believes that it can be even tougher than it could be.

In his opinion, if it is right now to open budget bins in which "the funds accumulated were postponed just for 2020, this could lead to the currency market being unbalanced." Of course, under the threat of a coronavirus and a new wave of tension in Syria, the oil ruble could hardly resist a fall, and here it is.

The liberal economist just wants to ask: what about demand? It is precisely in Russia that it continues to collapse, to which attention is already drawn at the very top. And without any injections (they are difficult to come up with except for budget ones), you cannot stimulate demand. What can one “ask” from tens of millions of poor people? A couple of millions of the rich, or at least relatively wealthy, will not form effective demand with all their will.

And you, friends, no matter how you sit down ...

All large-scale changes in the executive branch turned out to be an operation that did not really affect the most important federal departments. The social block, culture, sport - all this, of course, is interesting, and people are directly affected. But there, nobody decides practically nothing.

We will not argue, the change of the prime minister in itself is an epoch-making event. The shuffling of the cabinet tops, which touched several deputy prime ministers at once, is no laughing matter either. But, in fact, I'm sorry for repeating, because nothing changes at all.

Yes, the retinue makes the king. But servants make the retinue, and in our country they are hard-working apparatchiks who have gained experience from senior comrades, well-trimmed by the Soviet party bureaucracy. That is why under Mikhail Mishustin, even if he was the heir, even the technical prime minister, all, more precisely, almost all the key ministers and deputy prime ministers, who are the power and economic blocs of the government, retained their posts.

At the same time, the business press has already dubbed the changes in the economic bloc radical. However, it is difficult to perceive in this way the return to the government of former presidential aide Andrei Belousov, moreover, right away as the first deputy prime minister, and the departure of Maxim Oreshkin, who was the head of the Ministry of Economy and is among the favorites of the head of state, as his assistant.

As one would expect, these traditional critics of the Bank of Russia’s harsh policies did not at first take on its mitigation, but on the hardware games. But how else could you characterize the creation of the next coordinating body at a time when the business was seriously counting on an operational reduction in the key rate? Apparently, Maxim Oreshkin will be the coordinator, for which he was saved from a headache as a minister. 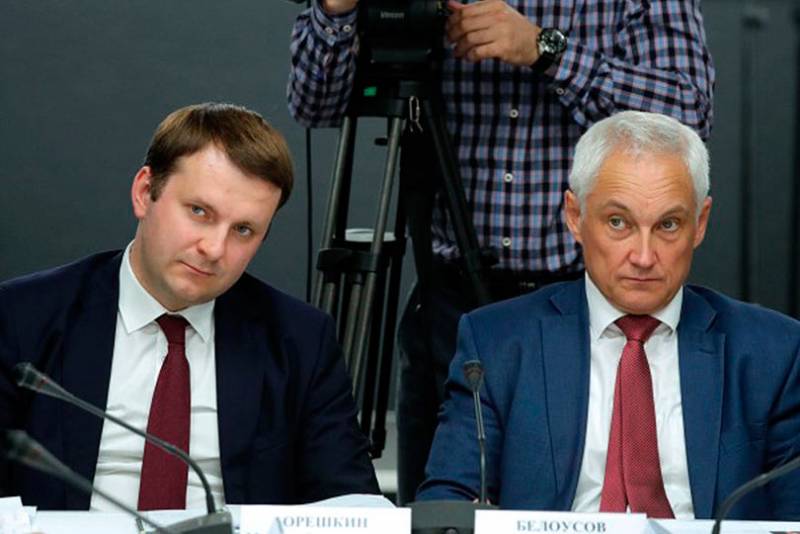 Will Andrei Belousov and Maxim Oreshkin be able to dictate anything to the Central Bank and the Ministry of Finance?
However, Oreshkin, namely Belousov, is not yet commenting on the creation of the next interdepartmental gasket, but, most likely, only because it is more accessible to journalists. According to him, the Central Bank and the government received a consultation mechanism to support macroeconomic stability. However, the mechanism will probably be engaged in the release of the next servings that do not solve anything and nobody but the officials themselves need the papers.

The number of all kinds of commissions of subcommittees and subcommittees in Russia is clearly going wild. Councils and committees are created much faster than then liquidated. Presidential representatives settled in the best mansions in all regions, and regional offices are sometimes not inferior in luxury and comfort to foreign embassies.

In response to the harsh criticism of the Accounts Chamber towards financial market development programs, the Bank of Russia immediately proposed the creation of a specialized working group. The same Maxim Oreshkin actively advocated for a subcommittee on ensuring economic growth and promoting structural reforms, but received a refusal from the Central Bank, whose head Elvira Nabiullina regarded the prospect of creating such an authority as somehow very ornate.

“It will be regarded as the state’s readiness to ensure the necessary economic growth rates through managing aggregate demand.”
But Belousov was sure that the subcommission

"It will help to better assess the economy and take measures already independently in the field of their competencies."
Do you understand anything? We are also nothing ... even competencies.

Thank you, of course, for remembering the demand, but also for not opening yet another bureaucratic shop with unimaginable salaries for officials, thanks too. Although it seems that the Central Bank, as before, will justify its conservative policy, unprecedented pressure on the very demand and stubborn reluctance to invest in anything other than dollar instruments, solely by the actions of the government. 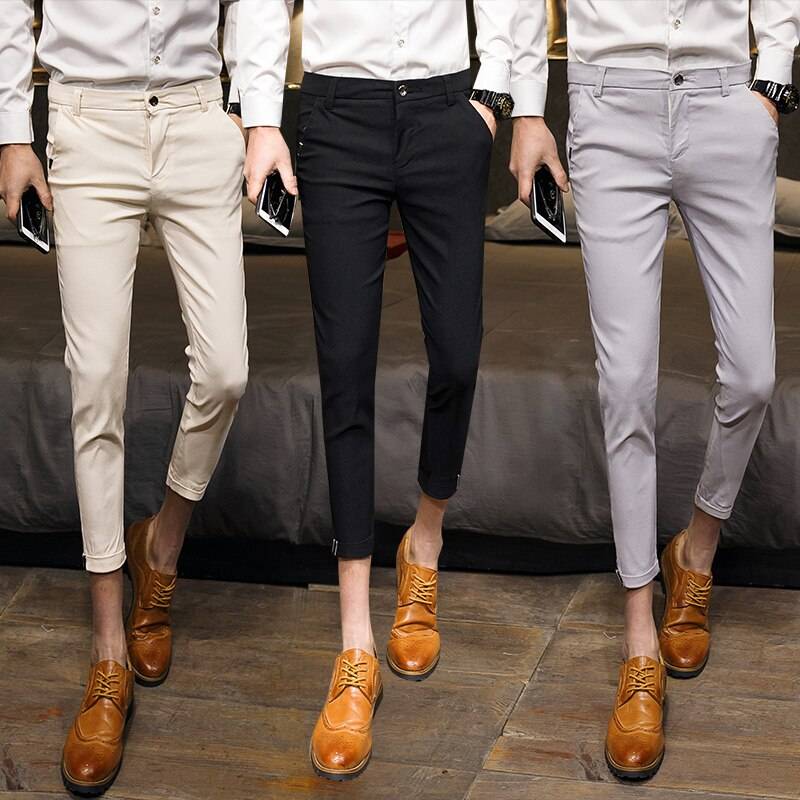 The government, in turn, will try to somehow draw the independent Central Bank into its sphere of influence. And any decent and viable business will continue to function somehow not because of, but in spite of.

The majority will either die (which continues at a declining pace just because there is no one else to die), or go into the “gray” sector. That is, under the wing of crime and semi-crime, who has long tried on white shirts and azure-colored suits with trousers ankle-deep.

We are in Yandex Zen
Situational analysis of the death of the MH17 flight (Malaysian Boeing 777), made on the basis of engineering analysis from 15.08.2014
Results of the week. “In our cooperative, the board is always agreed”
54 comments
Information
Dear reader, to leave comments on the publication, you must to register.