State tests of the T-14 tank reached the final stage 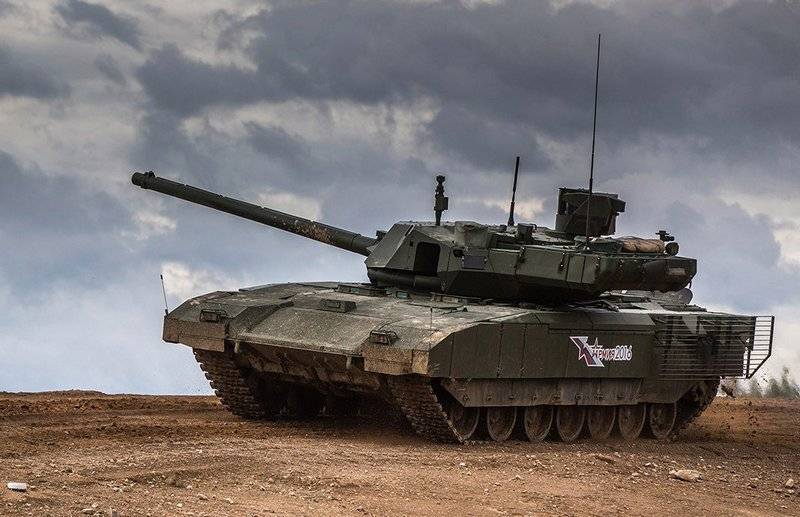 The latest Russian T-14 Armata tank is entering the final stage of state tests, no fundamental changes will be made to its design. It is reported by RIA News with reference to a statement by an official representative of Uralvagonzavod.


Answering journalists' questions during the Defexpo India-2020 exhibition, the UVZ official said that the T-14 tank on the Armata platform had embarked on the final stage of state testing and would make the series in the same form as it is being tested to make fundamental changes to the design not planned.

A new ammunition is specially developed for a promising vehicle
- added the source of the agency.

Earlier it was reported that at UVZ all the work was done on the component of the experimental work of Armata to modernize the 125 mm 2A82-1M gun. In addition, the company in the framework of this ROC began the production of guns for testing new types of shots.

Also in the summer of last year it was reported that work had begun on "coordinating the applicability of the Sokol-V product in the system of the 125 mm 2A82-1M gun," but it was not disclosed which product was created in the framework of this ROC.

A Defense Ministry pamphlet said that gun armor tank T-14 Armata, including guided missiles, is 1200 mm, while the T-90M, T-72B3M, T-72B3, T-80VM tanks have an armor penetration of 700 mm. It is assumed that the armor penetration of a modernized gun of increased accuracy 2A82-1M with new ammunition will increase significantly.

Earlier, UVZ declared that they were ready to create on the basis of the T-14 "Armata" a new tank with an 152-mm gun.

Recall that in 2018, at the Army forum, the Ministry of Defense signed a contract for the supply to the troops by the end of 2021 of 132 T-14 and T-15 combat vehicles on the Armata platform.
Ctrl Enter

We are in Yandex Zen
Reports from the militia of New Russia for 27-28 September 2014 of the year
The big press conference of Vladimir Putin
124 comments
Information
Dear reader, to leave comments on the publication, you must to register.