NATO "fist" and Russian capabilities on the Black Sea 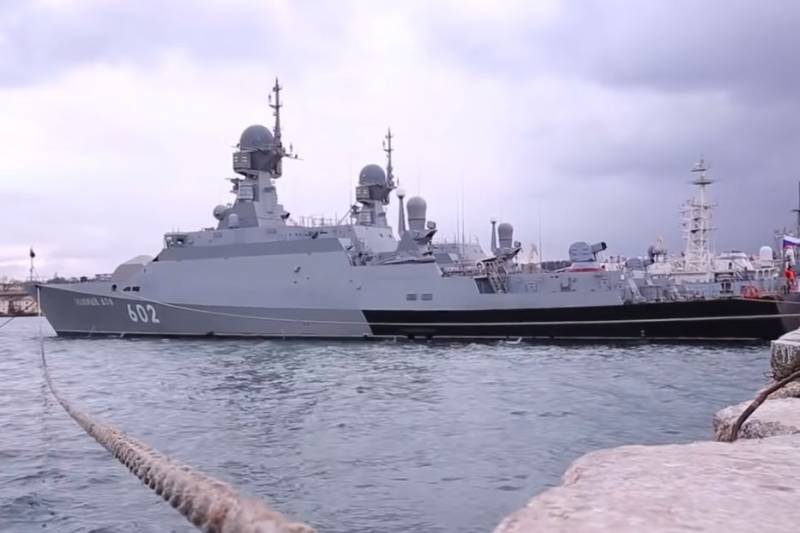 Spring is not far off, and with it a sharp increase in the activity of NATO and its satellites in the Black Sea. Regular exercises will begin, such as Sea Shield and Sea Breeze, which, in essence, are nothing more than a refinement of actions to attack the Black Sea bases fleet Russia, and at the same time moments for various kinds of provocations against our sailors, testing the strength of their combat readiness and nervous system. But what will happen if suddenly any of these provocations grows into something more? What is the balance of power of the parties and their chances of success?


Without going into details and details regarding the numerical composition of various naval groups in the Black Sea, we will try to focus on, so to speak, global issues. First of all, it is worth noting that over the past few years the Black Sea Fleet has undergone significant and, one might say, rapid changes for the better. It included new warships, the coastal defense potential was significantly strengthened, and the power was significantly increased. aviation component. Nevertheless, it is worth remembering that a significant part of the Black Sea Fleet ships was built before 1991 and its status will most honestly be defined as coastal. Most likely, he will be able to defend our shores unequivocally, but as for gaining complete domination in the water area, there may already be questions.

Let us turn, however, to the forces of our opponents. As of today, unambiguously, alas, Ukraine and Georgia should be reckoned among such. Fortunately, these countries do not have their own worthy fleets, but in the event of a conflict, the forces of the North Atlantic Alliance will be able to rely on their ports and coastal infrastructure. Again, God knows what, but still unpleasant. In the case of Ukraine, one should not completely discount the number of aviation attributed to the local Navy, which, if given a chance, can create certain problems.

Warships of the main fighting countries of NATO (with the exception of Turkey) will need to get into the Black Sea, first of all.

Suppose that they succeeded. What can be a similar grouping, the NATO “fist” on the Black Sea? You can try to imagine the Sea Shield -2019 exercises held last year as an example. Then the Black Sea waters were frigated by the frigates HNLMS Evertsen (Netherlands), TCG Yildirim (Turkey), BGS DRAZKI (Bulgaria) and ROS Regele Ferdinand (Romania), FHH333 “Toronto” of the Royal Canadian Navy and F81 “Santa Maria” of the Spanish Navy. Later, the USS Ross DDG71 missile destroyer, which has 90 Tomahawk missiles, joined them. Impressive. Nevertheless, we will not call it all a kind of “invincible armada”.

Interestingly, the potential military conflict on the Black Sea is fraught with a very serious “variable” in the form of the largest fleet of the NATO member country, which has quick and unhindered access to it. Speech, of course, about Turkey. The local Navy should be taken more than seriously - 16 frigates, 8 corvettes, 13 diesel submarines. There is something to think about.

And a lot will depend on whether Ankara takes neutrality or speaks on someone’s side. In principle, in the first case, according to the Montreux Convention, the Turks in general can block the Bosphorus and the Dardanelles, thereby preventing hostilities in the water area. Another question - will they?

The relations between Ankara and Moscow, sharply aggravated recently, do not give much reason for optimism. But is it an aggravation, or is it still a mutual attempt to make a certain exchange in their own interests - with an increase in rates?

In any case, it will be very difficult for the “democratizer” to enter the coast of Crimea or other sections of the Black Sea coast of Russia.

Our capabilities: the Bal and Bastion coastal missile systems, the Gauges, which the Black Sea Fleet is armed with, both surface and underwater, front-line Su-24 bombers, and fighter aircraft of the Russian Navy - this alone is enough to bring down the offensive fuse of any aggressor. However, this is far from all that can be expected by uninvited guests in the Black Sea trying to try the Russian coast for strength ...

I would like to believe that the Black Sea will not turn back into a theater of war. However, the fleet based there and its bases definitely need further strengthening.

We are in Yandex Zen
Situational analysis of the death of the MH17 flight (Malaysian Boeing 777), made on the basis of engineering analysis from 15.08.2014
Syria: Americans scare themselves, and Asma Asad buys chairs
94 comments
Information
Dear reader, to leave comments on the publication, you must to register.