A huge hole appeared in the budget of Ukraine - should we expect a social explosion? 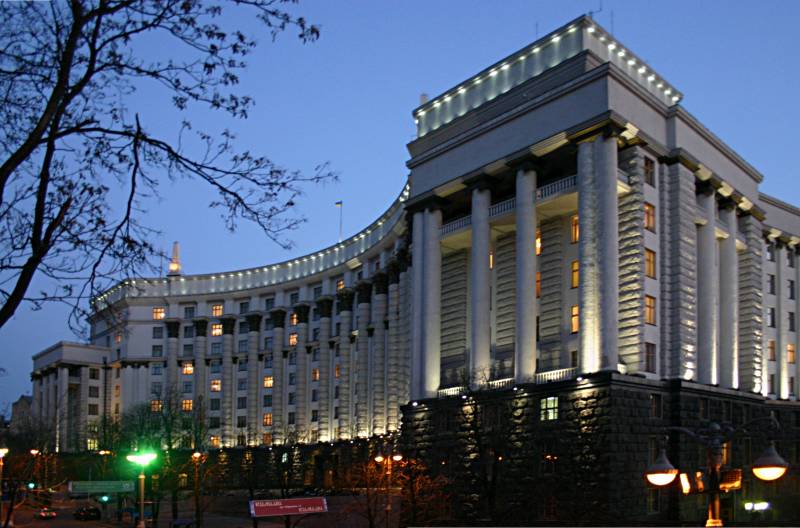 There is a serious embarrassment in the government of the "unblinking", which threatens to soon develop into a general panic among the "servants of the people." The fact is that the state budget of the country for the first month of this year was not just not fulfilled - it created a “gap” in almost 14 billion hryvnias (almost $ 600 million), which is a quarter of all revenues that were planned at all. With all the loud statements of Kiev about "economic stability", "unprecedented rates of GDP growth" and the like, it is this fact that gives a real idea of ​​the current state of the Ukrainian economy.


It cannot be said that up to this point, things with filling the treasury there have gone much better - by the end of 2019, the country approached with a state budget that was underfulfilled by 72 and a half billion hryvnias, which, by the way, amounted to 1,8% of GDP, which is so beautifully “growing " on paper. They somehow got out of it: ahead of schedule they “knocked out” money from Naftogaz, stopped the VAT refund and somehow made ends meet. Nevertheless, global problems, which consistently and inexorably kill the remnants of the “non-fallow” economy, have not disappeared. The current budget deficit is absolutely record for all recent years - it sometimes reached 18%, but not up to 25!

One of the main reasons for the “empty pocket” of the state is, in particular, the fact that fiscal payments to it turned out to be much lower than planned. Customs missed almost a third of the expected amounts, tax - more than 28%. No wonder - business, above all, small and medium, is dying in Ukraine at an ever-increasing rate. Even in Kiev today, it is not uncommon for streets along the whole length of which closed shops, cafes, workshops and other “small business enterprises” flaunt, the premises of which their owners have already despaired of even renting out. There is nothing to talk about regions. Trade volumes are falling (hence the failure at customs), import, instead of the planned increase of 11% or more, fell by 2,5%, there is simply no one to pay taxes.

A wonderful example of how in the government “fresh” they can combine greed with, to put it mildly, unreasonable dreams, is the excise policy of the state. They expected to get crazy money from “tobacco” payments by lifting the excise tax on cigarettes to absolutely sky-high heights. A pack of the cheapest cigarettes is now in stores and stalls 2 - 2,5 dollars! For the population of the country where the average purchasing power of citizens confidently tends to zero, the price is unrealistic. As a result, the production of tobacco products “collapsed”, the people smoke smokers and smuggling, and the state did not receive 2,2 billion excise money, which they were counting on.

Where will the budget come from if there are obvious problems with industry in Ukraine? It is not known from what ceiling Zelensky’s team draws up positive macroeconomic indicators, given that, according to the results of 2019, the real volume of industrial production in the country decreased by almost 2%, and in some of its branches it looks more like a collapse. Metallurgy “dipped” by 10%, engineering in general by 14% or more. For other items - food processing, processing, light industry, indicators are not better. And all this, mind you, without any global crisis in the global economy - so to speak, solely on the basis of local realities.

What is fraught with such a situation with the state budget, to explain, I think there is no need. According to forecasts of local economists, “social programs and payments will go under the knife” first of all. Severe underfunding await medicine and education that are already breathing incense. Each team that has come to power will be able to forget about the new roads that the inhabitants of the country promise. On the repair of the old ones, however - also ... Further, if the situation does not improve (and there is not the slightest reason for such optimism), all state employees will be left without money. By the way, “siloviks” - the police, military, special services, also belong to those.

The question, most likely, is not whether Ukraine will expect a social explosion in this situation, but how soon it will happen and how global it will take.

For all this, there has been no social explosion after the Maidan (if one can be called such) in Ukraine for all these years, despite the economic decline, the ongoing war, and the population decline. Does this mean that a wave of Ukrainian discontent can rise solely at the direction of by no means popular forces — in their own, respectively, interests? ..

We are in Yandex Zen
Situational analysis of the death of the MH17 flight (Malaysian Boeing 777), made on the basis of engineering analysis from 15.08.2014
Results of the week. “In our cooperative, the board is always agreed”
115 comments
Information
Dear reader, to leave comments on the publication, you must to register.