LNG is “advancing”, it is time for Russia to prepare for serious “battles” in the gas market 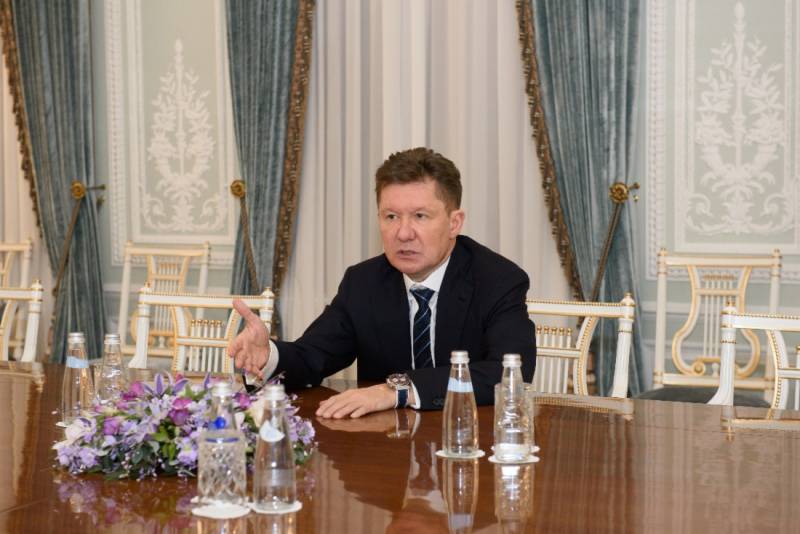 We are used to the fact that the gas topic is being actively discussed with us, and throughout the world, in the fall and early winter. And with the onset of January, it disappears from the front pages of publications, loses its relevance. Contracts are concluded, the market is divided, premiums are distributed.


Meanwhile, judging by the “orphan” winter, on the sidelines of gas companies, a search is now under way for not even increasing, but at least maintaining existing supplies to both Asia and Europe. In particular, European companies, frightened by the "gas war" between Russia and the United States, filled their storage facilities to the eyeballs.

Significant adjustments to the situation with gas are also introduced by the panic associated with another disease from China. Coronavirus hit the global economy very hard. Many industries are declining today. Gas consumption, respectively, too. It is clear that in a month and a half they will forget about the virus. But the restoration of production will take some time.

Gas sampling today is below standard. It is already clear that there will be no predicted emptying of storage facilities by spring. As there will be no active search for gas to fill them. Europe will wait for cheap summer gas. Although, everyone is well aware that the price even for winter gas will fall.

We are traditionally one of the main suppliers of gas to the EU countries. Pipeline gas, which is used by most countries, is ours. And gas transportation systems, which have existed for a long time and work successfully, contribute to this. But for several years, LNG has been competing with pipeline gas. Moreover, LNG is literally entering the European market.

Probably, any of the readers can tell about the main advantage of pipeline gas, about cheapness. And it will be quite objective. Pipe is the cheapest transport for gas supplies. In addition, the consumer does not need to build expensive gas liquefaction plants.

It's like that. But the facts, statistics over the past year, speak of something else. LNG supplies to Europe in 2019 beat historical record. 76 million tons of liquefied gas! Which is equivalent to 105 billion cubic meters of pipeline! The market grew by 55%!

The “gas war” in the sphere of LNG supplies between the USA and Russia was widely discussed in the press. Options were calculated, forecasts were made, and in the end we defeated the Americans. Could resist their expansion.

Win something won. But they took second place in the list of LNG suppliers. But back in 2018, we were the first. So, Qatar has again become the main supplier of LNG to Europe. We are second, and Americans are third.

Everything seems to be fine. But let's look at another figure, which will call into question our advantage in the European market. We have tripled our LNG supply. It is clear that this happened due to the Yamal gas. Russia delivered about 18 million tons of LNG. And the USA for the same period increased deliveries five times! Up to 18,3 million tons. Our share is 20%, US 24% of total LNG supplies.

What is the perspective? In the future, we will increase LNG production in Yamal. All other things being equal, we have an advantage over the Americans in terms of cost of gas. And again, but ...

The Americans report that it is in 2020 that the United States will commission new LNG facilities. An increase in LNG production in the USA is planned no more and no less than by 50%! In numbers, it looks even stronger. The additive will be 21 million tons (29 billion cubic meters). And where will this gas go mainly?

Let's try to draw conclusions from this situation. Firstly, the glut of the European gas market, and indeed the world as a whole, is a reality. And this means that the price of gas will fall. Secondly, the low price of LNG will stop some of its production capacities, which will positively affect the pipeline gas market.

Thirdly, completely different, apart from economic, market mechanisms will enter the “battle”. As I noted above, the cost of Russian LNG is lower than American. However, Americans have many leverage over consumers.

They will simply force the Europeans to conclude long-term contracts and work for their (Europeans) “warehouse” account. Under these contracts, Europeans will be required to buy American LNG or pay for its liquefaction. And this is almost 50% of the total cost of LNG!

We should prepare for serious “battles” in the gas market. 2020, most likely, will not bring big profits. Yes, and increased supplies, too. In my opinion, our gas companies will have to fight even to preserve the already developed markets.

We are in Yandex Zen
Situational analysis of the death of the MH17 flight (Malaysian Boeing 777), made on the basis of engineering analysis from 15.08.2014
Results of the week. “In our cooperative, the board is always agreed”
102 comments
Information
Dear reader, to leave comments on the publication, you must to register.