Kiev ponders intensely: what else would they sell and to whom 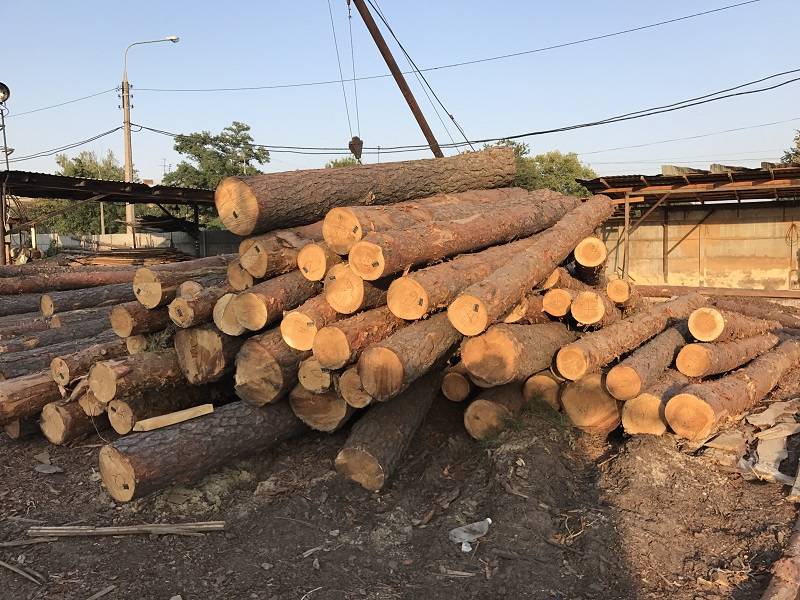 Europe requires Ukraine to resume timber exports, and the sooner the better. Apparently, this desire will find the most ardent support among the representatives of the current “non-fallow” authorities. The question of how to quickly get out of hand what is left of the country is today for those who call themselves the "servants" of its people, the only truly important and burning one.


Trying to maintain a semblance of decency, Ukraine and the European Union set up an arbitration commission to consider a dispute over the imposed “non-fallow” moratorium on the export of unprocessed round timber. Thus, Kiev at one time tried to save from the barbaric felling and resale to the West at bargain prices what was left of the Carpathian and other forests. In Europe, of course, they are extremely dissatisfied with this: why did the natives suddenly get involved ?! However, the current Deputy Prime Minister of Ukraine for European and Euro-Atlantic integration, Dmitry Kuleba, believes that the ban should have been lifted long ago. Moreover, Brussels has already made it absolutely clear: the ban on the export of roundwood violates the enslaving Association Agreement with the EU, signed by the “non-fallow” and to this day set out there for the highest achievement in foreign policy.

On the other hand, the same Vladimir Zelensky, whose rating is rapidly flying down, is more interested in selling the country that he has owned in bulk rather than selling it at retail. During his recent visit to Kiev, Recep Erdogan Zelensky said that he would not wait for “the most active participation of Turkish companies in the process of Ukrainian privatization”. Anyone who purchases state property worth more than $ 10 million is promised even a five-year “tax break”. Such a peculiar approach to replenishing the treasury. Generally speaking, the current president is pestering with calls to “buy a little Ukraine” for any high-ranking politician or state leader with such obsession that he soon will probably become like Panikovsky, who didn’t let Koreiko pass through with his “Give a million, give a million!”

At the World Economic Forum in Davos, this conversational politician somewhat shocked the venerable audience with speeches worthy of a showman but not a president, such as statements that Ukraine is “unloved and underinvested” and claims that it is a “unicorn of Eastern Europe” ( that is, a promising startup for a billion). CEO of an American company Cargill Inc. Zelensky stubbornly called on Ukraine to buy up land and railways, and others, who had the imprudence to communicate with representatives of foreign business, promised something else. If only they would have bought it!

In fact, in the framework of the "big privatization" that Zelensky and his team have been talking about since they were elected, everything is planned to be auctioned off. This is not easy to believe, but Kiev is easily ready to hand over to the private (most likely, not Ukrainian) hands the strategic sectors of communications and transport, energy and finance. It is planned to privatize every single state-owned bank: Privat, Oschad, Ukreximbank and Ukrgasbank. Also, the state is ready to part with half (at least) the shares of Ukrposhta and Ukrzaliznytsia. At least 50% of the shares of such strategic enterprises as Naftogaz Ukrainy, NAK Ukraine, Ukrtransgaz, Ukrnafta, Ukrgazvydobuvannya, Ukrtransnafta, Chernomorneftegaz may well become the object of sale. Unambiguously, 11 enterprises of the energy sector, both regional and central, are subject to implementation. Such industrial giants (by the standards of Ukraine), such as the United Mining and Chemical Company, Azovmash, Elektrotyazhmash, Sumykhimprom, and Odessa Port Plant should also be sold.

On the other hand, all this is still dreams and plans. Foreign investors do not rush to a country where there is a civil war, and power is replaced by "Maidan". The miserable state of Ukrainian enterprises, both technical and financial, does not attract Western buyers either. Among the same banks, only Privat, which no one wants to contact because of the previous owner, the oligarch Kolomoisky, can be considered more or less profitable, the liquidity of the rest is provided by state subsidies.

If the "white sahibs" and want to buy something in the "nezalezhnoy", then at absolutely very bargain prices. The Chinese comrades could practically save the case, “omnivorous” in terms of investments, but those who own real power over Kiev, the overseers from Washington, are opposed to this. In the end, the situation looks deadlocked, and the privatization plans imposed in Kiev are thwarted one by one. And it is unlikely that the "disliked" Zelensky will be an exception to this issue. But at the same time, the president and the team continue to reflect on what else to sell and to whom. Land, forest, ports ... people ...

We are in Yandex Zen
Situational analysis of the death of the MH17 flight (Malaysian Boeing 777), made on the basis of engineering analysis from 15.08.2014
Results of the week. "God forbid to see Russian revolt, senseless and merciless!"
40 comments
Information
Dear reader, to leave comments on the publication, you must to register.